How Will Bitcoin 2.0 Change The World? 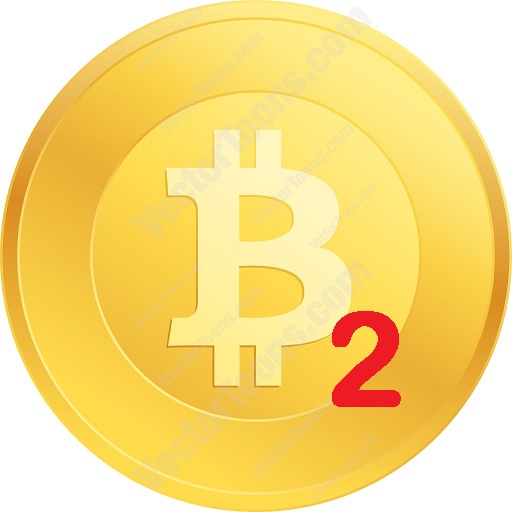 Since its launch in 2009, Bitcoin has grown in size and scope. Developed as a decentralized, peer-to-peer digital currency and payment system without a central authority to regulate it, it has garnered worldwide interest. Groups as diverse as computer geeks and cryptographers, to anarchists and hippies, to venture capitalists and the suits on Wall Street have all shown a keen interest in the so-called cryptocurrency.

Today, one Bitcoin exchanges for approximately US $250–$260, and has a market capitalization of nearly $4 billion, with approximately $50 million a day in notional transaction value. Companies and merchants large and small are now accepting Bitcoin for goods or services rendered, including Microsoft (MSFT), Dell Computer, Overstock.com (OSTK), NewEgg, Virgin Airways, and many more.

While the value of Bitcoin as a virtual currency and payment system is certainly valuable, novel applications using its underlying technology – known as the blockchain – are promising to be much more valuable than Bitcoin in and of itself. (See Also: Basics for Buying and Investing in Bitcoin.)

An Overview of Bitcoin and the Blockchain

The notion of a digital money has been around for decades, however Bitcoin was the first to solve the major problem that faced its predecessors: the double-spending problem. Specifically, how does one prevent a money form that exists in purely digital form — just ones and zeroes — from being copied and spent more than once at the same time?

Take the example of a digital photograph. This can be attached to an email and sent to hundreds of recipients, with identical copies of the original photograph along with it. These multiple copies of the same photograph undermine its value. If it were a unit of money, it could be counterfeited at will. Bitcoin prevents double-spending by utilizing a public ledger whereby each and every transaction is recorded and remains a permanent fixture. Not only that, but each and every node in the distributed Bitcoin network has a copy of the public ledger that can be compared against the other copies for fidelity. While the ledger itself is public, the individuals transacting in Bitcoin remain anonymous, represented by an alphanumeric string and no other identifying information.

For example, say person A sends 5 BTC (the abbreviation for Bitcoin units) to Person B. Person A's account, known as a 'wallet', is debited -5 BTC while person B's account in the ledger is credited with +5 BTC. This transaction is recorded in the blockchain, but only the string of letters and numbers that serve as unique identifiers for the wallets of A and B are revealed.

But that still does not preclude double-spending. The public ledger is the first step; verification and validation of the ledger's contents is the second. New Bitcoins are produced, or 'mined', without a central monetary authority by solving a difficult cryptographic algorithm based on encryption built by the NSA. Computers trying to solve this puzzle compete to do so and the 'winner' — the first to do so — is rewarded with a block of newly minted Bitcoins. Hard-wired into the Bitcoin source code, which is open source and in the public domain, is a rule stating that a new block of Bitcoins will be 'mined' on average once every ten minutes. If a lot of computational effort is directed towards solving this puzzle, it is likely that new blocks will be discovered sooner than the targeted ten minute interval. In response, the system will adjust the mining difficulty upwards — making that difficult puzzle even harder to solve — until the ten minute target is restored.

Mining has a dual purpose. It spurs the creation of Bitcoins and increases the supply, but it also keeps the blockchain secure and solves the double-spending problem. By solving this encryption problem, Bitcoin miners worldwide serve to ensure the validity and fidelity of the public ledger, making it impossible to alter. Any attempt to change, copy, or counterfeit a past transaction will immediately ripple through the blockchain, causing the attempt to immediately be recognized and disregarded. The more aggregate mining effort the network has, the more difficult it is to undermine. Today, the aggregate computing power in the distributed Bitcoin mining network is more powerful than all the world's supercomputers put together.

So, why could Bitcoin stand to change the world and disrupt finance as we know it? While the mining work done to secure and validate internal Bitcoin-to-Bitcoin transactions is valuable, recent enhancements to the core Bitcoin source code now allow for the mining network to secure and validate external non-Bitcoin transactions. These so-called Bitcoin 2.0 applications could perhaps be even more valuable than Bitcoin in and of itself. Anywhere that validation of trust, proof of ownership, or a record of an event are required, the blockchain can provide an ultra-secure, cost-effective, decentralized solution that can persist even if one or more nodes go down due to outage or hacking attempts.

Already, Bitcoin-related start-ups have received venture capital funding exceeding the pace of that invested in the dot-com days of the late 1990s. Although much of that investment has been deployed to augment the 'traditional' Bitcoin ecosystem, a growing amount is being directed at Bitcoin 2.0 companies.

For example, financial transactions can be settled and cleared via the blockchain and validated for a fraction of the cost that a clearing house or stock exchange could offer. Furthermore, asset transaction could be settled in just a few minutes, rather than a few days. Currently, a company wishing to IPO shares to the public needs to use investment banks to underwrite the deal and a stock exchange to list and trade the shares. But, it is possible to IPO directly and securely via the blockchain for a fraction of the cost of the current method. Shares could be issued entirely overlaying the Bitcoin backbone without fear of theft or fraud. Transfers of shares would be unambiguous and immutable. If this system were to supplant investment banks and asset exchanges, it would disrupt the way financial markets operate. Global investment bank UBS (UBS) recently announced that it will be opening a division with the express function of leveraging this technology.

Retail banking could also be disrupted. Depositors could use the public ledger to maintain a record of bank account balances, record money transfers, and confirm transactions worldwide — all without the banking customer having to deal with Bitcoin directly or worry about its market price.

Title registry records and deed transfers for land ownership or for high value items, such as automobiles, boats and motorcycles, can be recorded and transferred to new owners without the need for title search, departments of motor vehicles, or other government entities to ensure the trust and validity of the transaction. Proof of ownership via title can be transferred with the click of a button, without any chance that the title is fraudulent. In South America alone there is more than $9 trillion in un-tapped land values that landowners cannot access because they cannot get a hold of title records. A blockchain-based solution could be used to unlock that value without risk of corruption.

Contracts can be confirmed and verified through the blockchain, including employment contracts, leases, purchase agreements with the "signatures" embedded in the blockchain. This may prove to disrupt the legal system, requiring expensive lawyers and courts to confirm, verify, and validate contracts.

Digital certificates of authenticity and proof of ownership embedded in the blockchain can be a powerful anti-counterfeiting tool, putting a dent in the $250 billion a year the economy loses to counterfeiting. Whether it is fake pharmaceuticals, luxury goods, or electronics devices, using the blockchain to validate their authenticity is of great value. Art and collectibles could also be authenticated in a such a manner, preventing forgery and sale of stolen goods.

Intellectual property can also be time stamped and recorded, replacing traditional copyrights and patents. A person taking a digital photograph to sell to a blog may find their material copied and duplicated without credit or proof that they were the original owner of the photo. The same goes with a piece of text or other creative work. By time stamping the digital file in the blockchain, there is no ambiguity as to who the original owner is and when the work was created.

Bitcoin has evolved to allow its powerful mining network, which is essentially a gigantic validation engine, to validate and record external non-Bitcoin transactions. The value of these services — a system of 'trustless trust' — can prove much more valuable that Bitcoin itself as a digital currency. The entire financial, legal, and record-keeping industries can be disrupted using this decentralized, secure, and inexpensive method. Even if only a securities exchange application is brought online, the real-world value could be on the order of billions of dollars each and every year.

Why would Bitcoin miners do all this validation work for 'free'? Because they are mining to earn new bitcoins. It is plausible that the value of Bitcoins earned in the future will embody some value commensurate with the validation work being performed. If that is the case, the dollar price of Bitcoins could rise as a result. Either way, Bitcoin 2.0 applications leveraging blockchain technology will prove to be a powerful technology that is already starting to be implemented.