How Will NATO & Turkey Respond to Syria Shooting Down Plane?

Turkey can invoke NATO’s mutual defense pact under Article V in what is now a direct military confrontation with the Assad Regime in Syria. As such NATO could act as alliance in responding/attacking Syria. Ankara now has called upon the NATO pact  (North Atlantic Council) to meet to discuss the shooting down of the plane, but as far as we can deduce, no action as yet has been requested. Apparently Turkey has also notified the UN Security Council of the incident, but again we are yet as unaware of any request/demand for action.

Of course, there has been previous cause for Ankara to invoke the NATO defense pact: several attacks/shootings by Syrian military had already occurred across the border as well as the thousands of refugees forced to flee into Turkey. If NATO and/or Turkey needed pretext to confront Assad’s forces, they had it before and without obligation to secure approval from the UN Security Council. (Perhaps shooting down an aircraft is a more open provocation as well as serious). Despite the initial tough talk of the Erdogan Government toward the Assad Regime, Turkey appears to be more reluctant to militarily confront the Syrian Government. 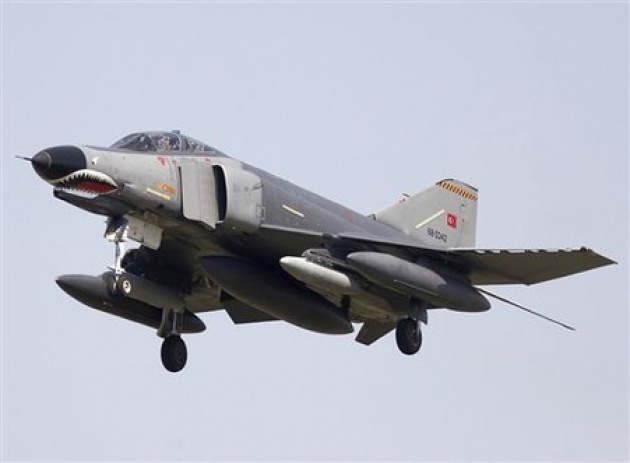 As a leading member of the “Friends of Syria” some had expected Turkey to take a more proactive role, perhaps set a course of how to confront the Assad regime’s attack upon civilians. Establishing safe zones/corridors for humanitarian deliveries and to shield refugees/civilians was one consideration. However, it is increasingly evident that the Assad Regime and its friends, most notably Moscow, have assumed the initiative on the ground and co-opted the diplomatic process.

Turkey has apparently though begun to arm Syrian rebels and has been host for the Syrian National Council and other opposition. Overtime, such rebels/opposition may become credible military counterweight, at least to point of forcing the Assad Regime to negotiate seriously. Thus, it is fair to question whether the shooting down of the Turkish aircraft was intended as a warning or act of defiance by the Assad Regime to Ankara?  Read our Blog for Film - “Turkey Can Affect Syria Regime’s Behavior?”. 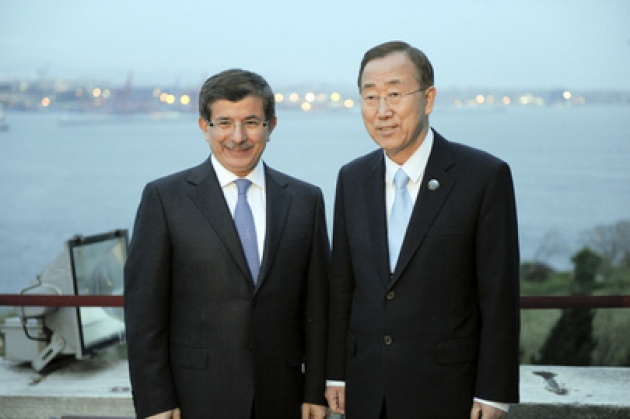 “Bad Intent” but by Who?

Technology allows all sides to identify aircraft and national identity. Turkey’s Foreign Minister, my old colleague Ahmet Davutoglu, (UN photo with UNSC Ban Ki-moon), today confirmed that the F-4 was emanating the proper identification signal and was also unarmed. The aircraft was flying a relatively well-traveled corridor close to the sea border of both countries. Finally, what damage could a single aircraft be expected to deliver if there was any suspicion of bad intent? Either in Damascus or on the scene there is little doubt that there was a decision to fire at a Turkish aircraft, and probably not based upon some military threat that such plane may have posed. (Turkey also claims that the plane was over international waters when hit unlike Syria which claims an intrusion into its territorial waters).

Turkey’s apparent application for meeting to NATO and the UN Security Council probably indicates that Ankara has no intention to retaliate either swiftly or at least now with direct force. Regardless of the merits of either sides presentation of the facts of this incident and the wisdom of caution in Ankara, the Assad Regime will take this as signal of weakness. Turkey will be compelled this time to deliver more than rhetoric. As much as a military response sets into force unpredictable consequences, a non-response will probably only encourage more of same from Assad – not only escalating conflict but sense of impunity in calculating its strategy/tactics. See our Blog for Film – “Will Lebanon Overflow for Syria Violence”.  This would not bode well for collaring the Assad Regime’s ambitions in winning rather than resolving the Syrian civil war. Read our Blog for Film: "Institutionalizing Syria Conflict ala Bosnia" 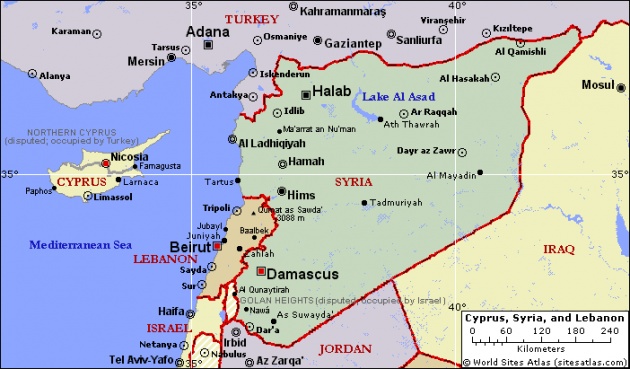