Howard Hughes: His Life and Madness 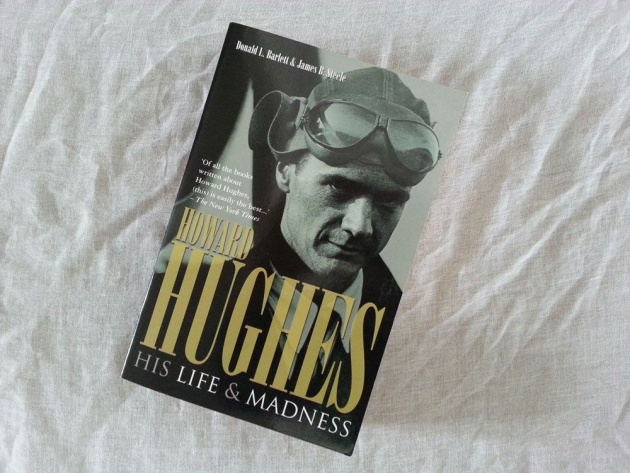 Howard Hughes: His Life and Madness is a biography by Donald L. Barlett and James B. Steele.

Hughes had a reputation as many things - a skilled pilot, a proficient businessman, a film producer, a casino operator and, at times, a bit eccentric.

Most of these would appear to be false - with the last being a massive understatement. Hughes was a proficient pilot, but in anything related to business he seems to have been an utter disaster, only skilled at losing money. The only businesses of his that were profitable were those that he left alone; others, he ran into the ground, destroying profitable businesses in a few years. Even the powerful Hughes Aircraft Company appeared to owe its success to Hughes not interfering with it. Most of this was funded by the profits from the Hughes Tool Company, founded by Howard's father, Howard Hughes Sr.

Hughes himself was not merely eccentric; he was sick enough that he should probably have had professional care. Hughes may have been many things, but a businessman to be emulated would not appear to be one of them. He failed to achieve the success in business that his father did and, possibly as a result of losing both parents early in his life, he became obsessed with germs - even though his living conditions were anything but hygienic.