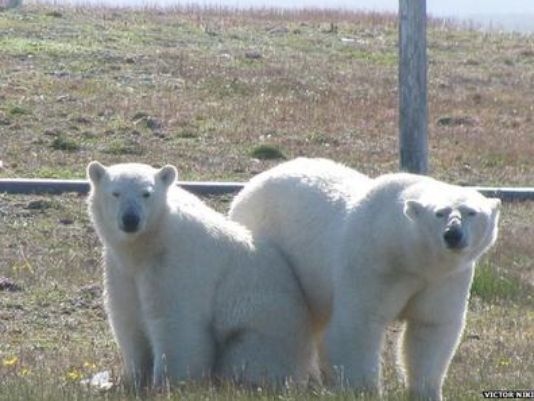 Three unarmed Russian weather scientists on a remote island in the Arctic have been trapped inside their research station by five hungry, aggressive polar bears that have surrounded the facility, according to the World Wildlife Fund of Russia.

The predicament on the Russian island of Vaygach, between the Pechora and Kara Seas, has made it difficult — sometimes impossible — for the two meteorologists and an engineer to scamper a few hundred yards from the station to make their twice-daily weather readings in the ocean, according to the WWF website.

"It is not a problem that the polar bear is here, it is the territory for the polar bear," Viktor Nikiforov, "Bear Patrol" program manager of the WWF Russia tells the BBC. "But the critical situation is they (the research team) have not enough equipment to avoid the polar bear." 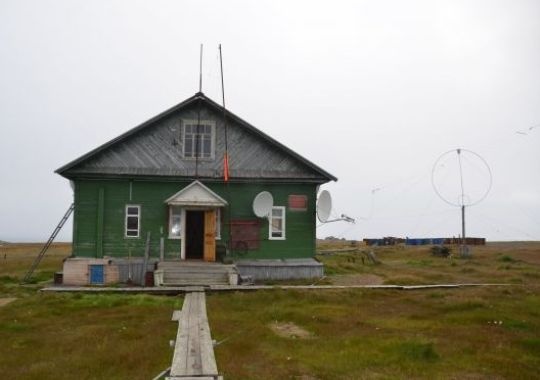 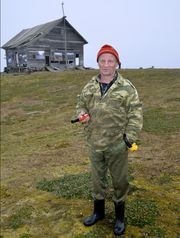 The engineer on a weather station on the Russian island of Vaygach holds a flare, which is the only way to fend off five polar bears that have kept the team trapped for hours daily in their weather station. (Photo: © WWF-Russia / Viktor Nikiforov)

One of the team members told Nikiforov that the bears have simply taken up residence by the station, which is not fenced, and are aggressive.

Nikiforov visited the site recently and left behind a few flares and rubber bullets, but the team has no other weapons, WWF Russia notes.

"People living in the Arctic must be prepared to face with a polar bear," Nikiforov said.

WWF Russia says it remains in touch with the state and is preparing a formal appeal for the district administration to provide the station with more equipment and the means to drive off the bears.

Igor Koshin, governor of the Nenets Autonomous District, has promised to provide all the coastal communities with rubber bullets for protection against polar bears, according to the RIA Novosti news agency.

Koshin says bears are drawn to housing in remote location where there is no trash pickup. "This is especially true of garbage with food remains," Koshin told RIA.

says he had instructed the Russian federal weather service to find out why it had not provided the team with better means of protection.

"However, I instructed them,'Do not kill the bears" ... it is necessary to find ways to divert the predators, scare them," Donskoy says.

this is very nice day in college that was so funny day today.…

Mr. Trump and The Shock Wave

After the most recent presidential election, many have found themselves questioning not only their o…

How old are you again??

You may think you look older, but in fact you actually look better today! Nowadays you look more ele…

which steps are you for today?