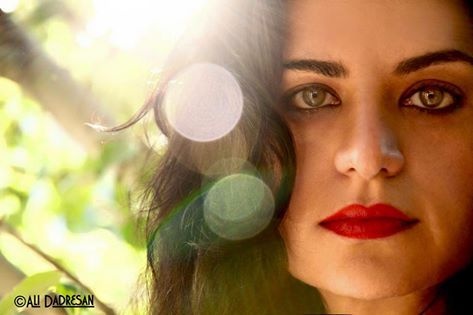 I am a firm believer in human stories, it is through stories we experience the reality of other persons, and in through stories we feel their lived experiences. We begin to change, a shift in our perception, our minds imagination begins to see others in a new way. We open up to the generous breathing space through these stories by seeing others as human beings, just like us. Personally, I like stories because it transports our differences as human beings be it demographic differentiation or cultural/historical, stories brings us closer in an empathetic design; we begin to see others perspectives in a plastic way. We begin to accept that we are all adaptable, fluid and fluctuating beings. We learn to put away our judgments when we read the “other persons” narrative and identify with with them and through this window-- compassion begins to manifest within us--we see more of the whole than just parts of the story.

I envision being a writer and a poet that can shift the minds of the readers, to bring closer the gap between their dissimilarity, to see their commonalities rather than what differentiates them, I hope to be the bridge of perception between the East and West, an awareness passage for both worlds to join a unified brotherhood/sisterhood globally. As I have stated in one of my short stories in Voices around the Globe, my vision is to transport this movement and participate as a small particle in this process of synergy between these two continents and its developments toward the greater peace: “Let’s take our mental borders off, and accept each other without indifference, and see one another as the offspring's of a global clan.”

It is my vision to write stories and touch people in both spaces, in bringing together people from diverse backgrounds blending their differences and finding a balance to the larger problems in the 21st century. Rather than creating biased and unfair doctrines in the political realm to bring distance between the two worlds, I will work hard to help my readers cross the bridge to the other side and transition into a solitary family unit, the human family. I have one foot in each continent, and this gives me the opportunity to tell stories in relation to both, in approaching both places through a humane attitude. I believe I have a gift to see the East and West as two arms in one body, counterparts in the synchronization of a harmonious globe, and I will write stories and poetry to create the door to a harmonious globe by accepting all as offspring’s of a global clan.