I Choose Me: Why Focusing On Myself After A Breakup Was My Best Move

Summer had barely started, and I was on cloud nine. The weather was finally good after a long and bitter Chicago winter.

I was pumped to spend my time with great friends, great family and the greatest boyfriend, a goof of a guy who was down for pretty much any adventure. We’d talked since the fall about the crazy, fun sh*t we would do the following summer, and the time was finally here.

Then, mid-May, he broke up with me, out of the blue and with no real reason.

I was ill. I was unable to eat, unable to sleep, unable to do anything but think about him, about us. I was replaying every moment in my head, over and over and over, in an attempt to understand why it happened. I couldn’t figure it out.

I spent every second of every day dwelling on him, on our relationship. What went wrong? What can I do? What should I do?

A few weeks after the breakup, my best friend forced me to leave what had become my cold, dark dungeon of self-pity. She told me we were going to have a picnic in the park.

Some random band was playing. She was bringing wine and cheese. All I had to do was show up.

I grudgingly went. Clearly, I did not want to be seen in public, especially amongst crowds of happy, smiling people. I definitely didn’t want to see happy couples.

I also did not want to make conversation. Small talk would be painful, and I certainly didn’t want to talk about the breakup.

Thank the dear heavens I did, because about an hour into the concert, something happened. It was almost as if I experienced some divine intervention of sorts.

I somehow was able to press the pause button on my ceaseless thoughts, and took a second to just breathe.

I looked around. It was a beautiful night in Chicago’s Millennium Park, and I was sitting with my best friend, drinking wine and listening to live music. Summer was just starting. Life was — and, I had to remind myself, is — good, with or without him.

Instead of constantly thinking about him, attempting to relive the euphoric happiness we once created, I decided, instead, to dwell on myself.

In that mundane moment, a veil was lifted. I was done with dwelling on my ex-boyfriend, and what I couldn’t change or reverse. I refused to let the grieving process halt my life.

Instead, I was going to f*cking live it.

My best friend and I made a bucket list. We were going to become tourists in our native city of nearly 20 years, and we were also going to embrace being single, 24-year-olds in Chicago. Because (yes mom, you were right) when would this time ever come again?

We were going to kayak in the Chicago River under Wednesday night fireworks, and order extra dirty martinis at the swanky rooftop bars we had daydreamed about when we were teenagers.

We were going to browse street art festivals and attend cocktail parties at the Shedd Aquarium. We were going to do the architectural boat tour and go to Lollapalooza, for the umpteenth and (maybe) final time.

I said yes to anything and everything (within reason, of course).

In addition to never saying no, I focused my time on doing the things I used to love to do. I started running in the morning along the lake. I bought a keyboard in an attempt to reignite the inner pianist I once was. I moved apartments and neighborhoods, enabling me to further explore the city.

By dwelling on me, arguably the only acceptable thing to dwell on post-relationship, I had an epic summer, maybe the best of my life.

But this is not because I’m still dwelling on him.

It’s more because I genuinely think it’s impossible to ever not think about someone — anyone — with whom I’ve shared the happiest times of my life. He will forever have a piece (albeit a teeny tiny one) of my heart.

But am I ready to embrace what’s to come, knowing it has to be better? 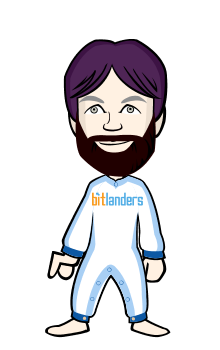 ''I love you. I am who I am because of you. You are every reason, every hope, and every dream I've e…

Photo Credit:https://wallpapershome.com Hey how are you all, have you read the latest part (Part 5) …

It is your own blame! and it is in your own brain!