I Fine Thank You, Love you Thai Movie Review

I couldn't think of anything to write today plus I was very bored after work. Good thing my brother had recommended a movie. He said it is funny and that I should watch it so I did.

It's a Thai movie and if my memory serves me right, its been awhile since I last watched a Thai movie, perhaps the last one was the movie where Mario Maurer starred.

Let me share the movie and a review of it on this blog.

I Fine Thank You, Love you Thai Movie Story

The I Fine Thank You, Love you Thai movie started with Teacher Pleng in a room filled with young students and it was funny that they were in an airplane set that was about to crash. The slowmo action here were really cool and intense.

Teacher Pleng has a Japanese friend named Kaya who was trying to break up with her Thai boyfriend Jim but the issue was that Jim can't speak English and Kaya can't speak Thai. So Kaya asked for Pleng's help to be their translator as she was already working in the United States.

However, things get a little messy when Jim was not willing to break up and he started harassing her and was now pressuring her to tutor him as well so he could also go to the United States.

So Pleng had no choice but to start tutoring him in a coffee shop. As the movie goes on, Pleng started to create this feeling within her towards Jim. But at the same time, she also had entertained a suitor, rich, good looking but was a little corny and frightening at the same time. Although there was nothing wrong with him, Pleng didn't like the way he surprises her so it didn't end well. 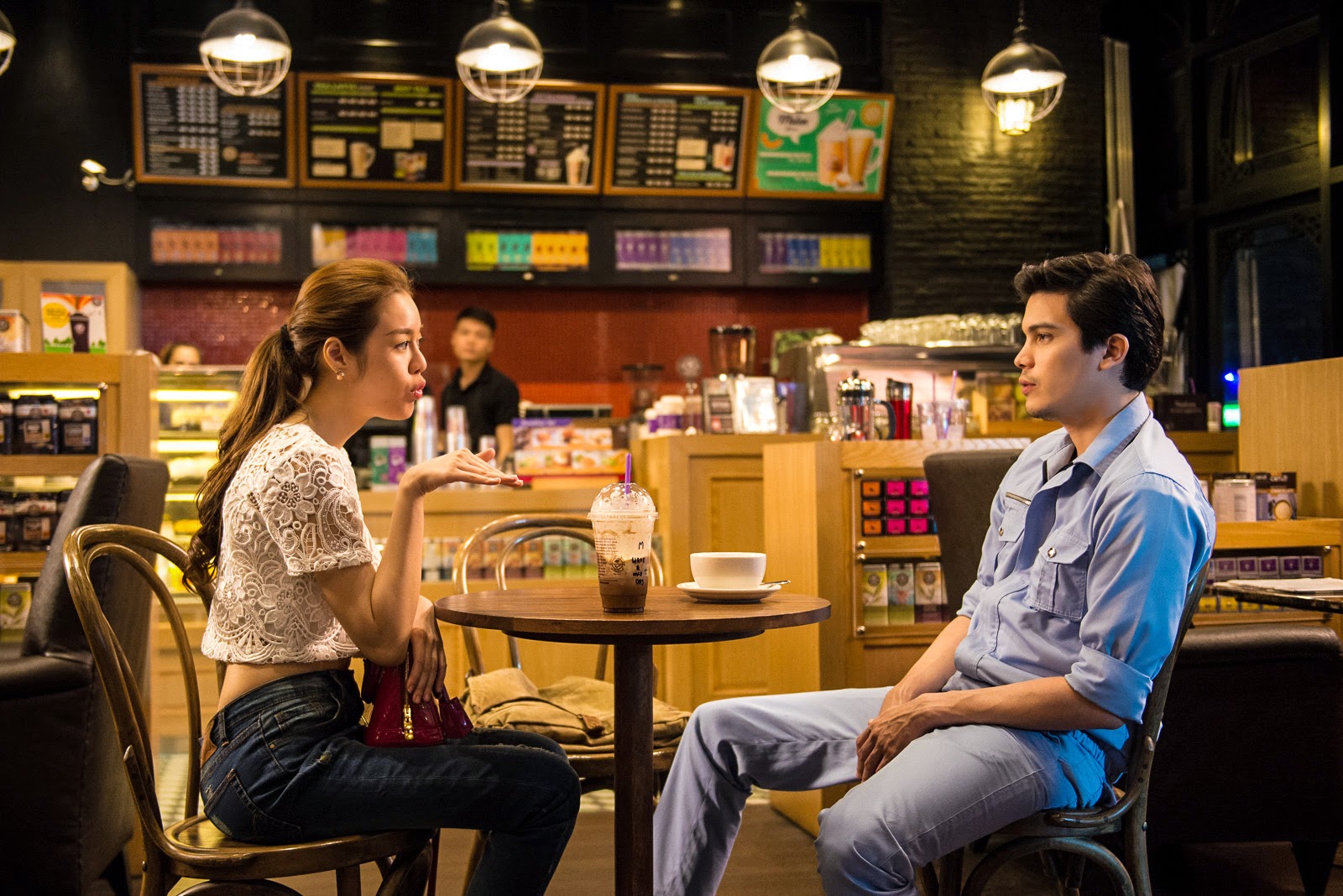 Jim was already preparing for the interview when Pleng was developing some feelings toward him. The night before the interview, they went to a specific gathering where Pleng was an interpreter. Jim somehow had an attraction towards Pleng and now started to doubt if he should proceed but he did anyway since he had gone through the effort of speaking in English.

However, as he was preparing his resume and all at Pleng's place, Kaya called and was already wanting Jim to follow her to the US. During the call, Kaya somehow found out that Pleng has feelings for Jim and he was able to understand the conversation.

That was the turn around point. Jim still went to the interview, gathered his strength but failed because he intended to mess around with the interviewer when he was asked about the founder's name.

On the same day, Pleng went to the same coffee shop and received a recorder where Jim left for her to hear about what really had happened to him and Kaya. Jim then revealed his feeling as well in person and that ended the movie.

Oh, well actually, it ended with lots of dancing! Thailand movies made me laugh though! Teacher Pleng as how she was referred in the movie. Pleng showed a calm, decent and a woman with a class in the movie. She was also someone who was looking for a man who'd love her and make her feel special, like that in the fairytales.

However, when she was asked by Kaya to help her with the breakup situation, she found the man who even though was giving her a hard time, she eventually developed feelings for him.

She was caught in between helping Jim pass the interview and her dire hope that he won't follow Kaya to the US. 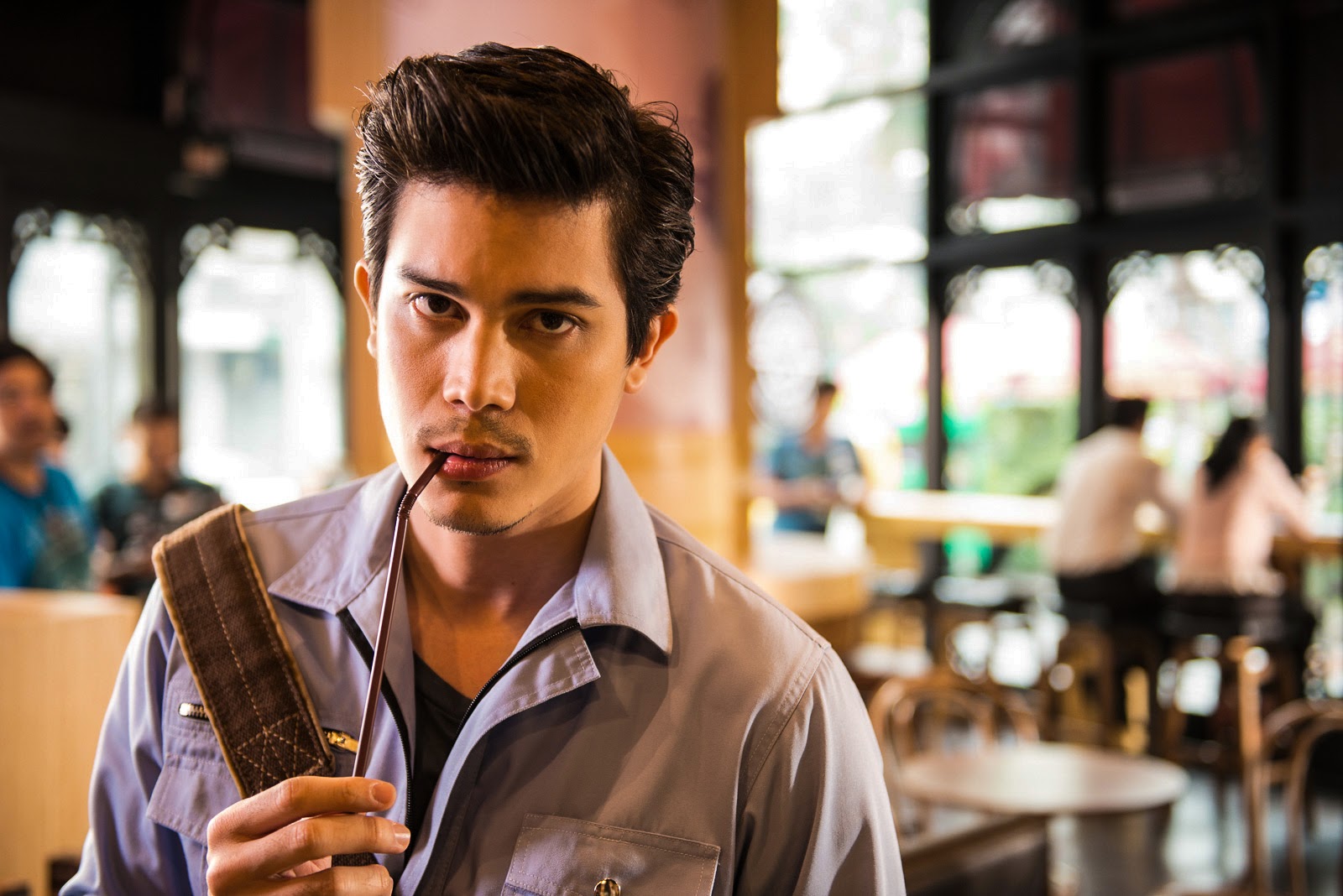 Portrayed Jim or Yim and he showed an aggressive, compulsive person in the movie but with a tendency of being a gentleman.

In the movie, Jim decided to treat a woman nicely and he met Kaya, they were in a relationship but there was no love at all. When Kaya dumped him, he wanted to follow her to the US but before doing so, he needs to pass the interview where he has to speak English.

Pleng became his tutor after harassing and forcing her. Eventually, he fell in love with her.

He somehow reminds me of Robin Padilla, the way he acts, his facial expressions and his body language are both similar to the Filipino actor. 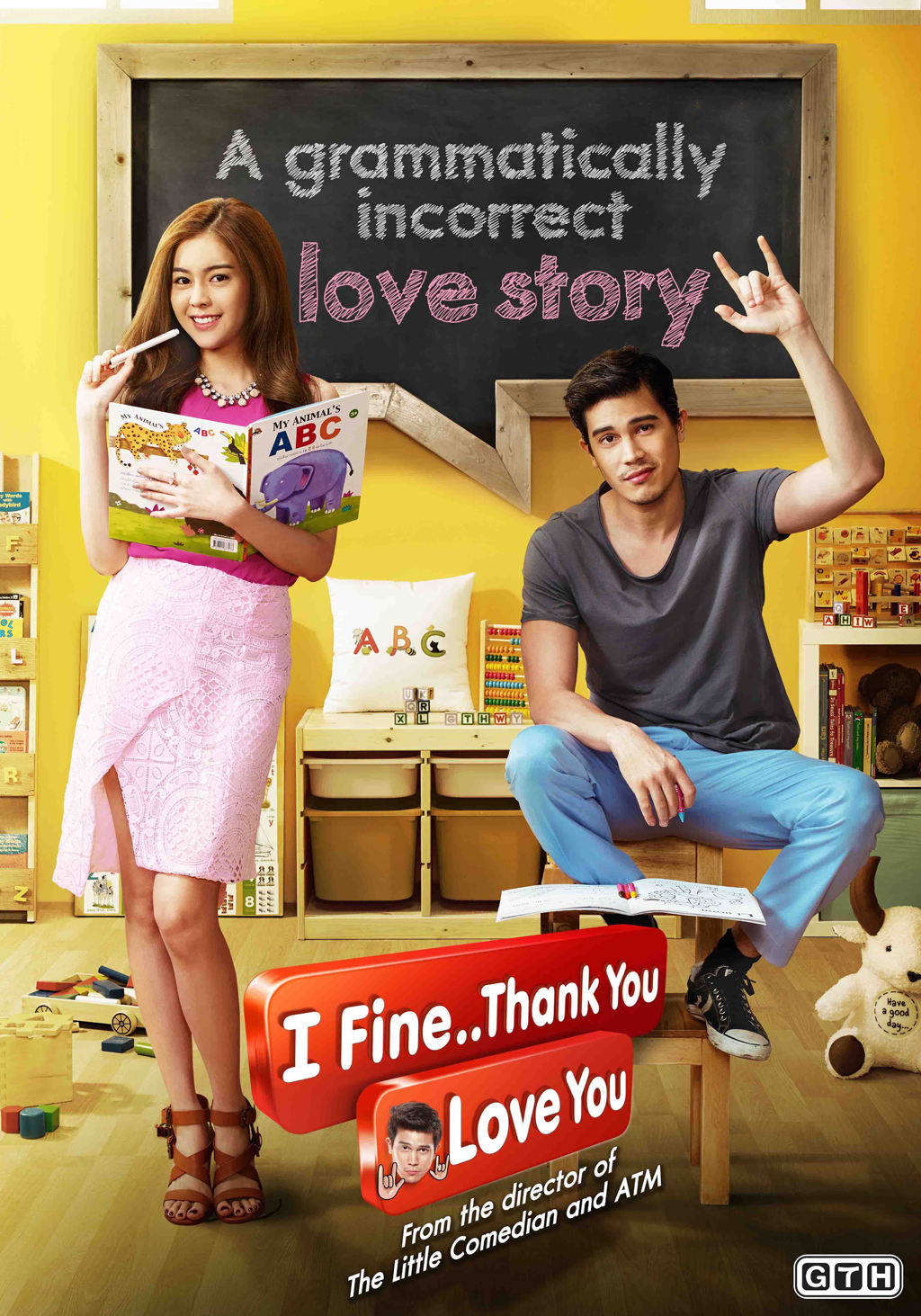 I only watched two Thai movies before, although I have really enjoyed both of them, I never had the chance to watch more perhaps because these movies were not really that famous here in the country except for the movie where Mario Maurer was the leading man because he is quite known in the Philippines. So, it is a breather to watch a new set of characters, those personalities whom I have no idea who they are. It is also nice to divulge myself again in Thai and perhaps more of the foreign films.

I Fine Thank You, Love you Thai movie was already translated into Tagalog though so it was way better and easier for me to understand the story. I dislike reading subtitles, it isn't fun and that's the main reason why I somehow got over and finally stopped watching Korean Drama series which was my past time before.

I found a similarity between Filipino and Thai movies, although they had somehow made their funny scenes extra compared to the Filipino movies, I am just telling the truth though.

Also, I really like these types of movies, a romantic comedy which is filled with a lot of humor. I applaud the Thai directors for giving this movie a little kick in terms of the humor part. I believe that most Filipino ladies would love this movie just like how I did because I am pretty sure that most of us girls like that type of love story, where the leading man is a little mean, the bad boy type of person but with a huge heart and eventually becoming this lovable man at the end of the movie!

I mean, look at how Meteor Garden became a huge hit in the country, it was all because of how a bad boy came into falling in love with a simple woman. It was like a fairytale kind of fantasy and I totally believe that this film offers a very similar story, although they have specific differences, the fact of which the man had the same aura makes both of them share the same flow.

I personally had fun, I enjoyed the show so much that I was able to write this review immediately right after watching it. I am also thankful that it was already translated, I am not sure though if I would be able to enjoy it if I was just reading the subtitle.

I couldn't point anything negative about this movie, perhaps there were certain parts of the movie which was overacting, it could just be because of cultural differences but those were just parts of the film that can be neglected.

For that case, I am rating this 8 over 10! I liked it and I am pretty sure now that I will be watching more Thai movies from now on.