I love my #pakistan !! Summary

Pakistan is in the northwest part of South Asia. The eastern and southern parts of the country are dominated by the Indus River and its tributaries. Most of Pakistan's population lives along the Indus. West of the Indus the land becomes increasingly arid and mountainous. To the north the land rises to the great mountains of the Hindu Kush and Karakoram—including K2, the world's second highest mountain after Everest, at 8,611 meters (28,250 feet).

The military has loomed large in Pakistan, the western portion of a bifurcated country created for Muslims when the British relinquished predominantly Hindu India in 1947. Relations with New Delhi, embittered by claims to Kashmir, worsened as a result of India's role in East Pakistan's rebirth as Bangladesh in 1971.

Military rule followed Gen. Zia ul-Haq's 1977 coup that toppled Prime Minister Ali Bhutto. After Zia's death in a plane crash in 1988, Benazir Bhutto, daughter of the former prime minister, became the first woman elected to lead a Muslim nation. She restored civil rights, but was plagued by problems: continuing tension and a presumed nuclear arms rivalry with India, 3.5 million refugees from the war in neighboring Afghanistan, and a growing trade in heroin. Ousted in 1990, Bhutto was reelected in 1993; her government was dismissed in 1996 on charges of corruption.

Political unrest and a general failure of government followed the election of a new prime minister in 1997. Two years later a military coup led to General Pervez Musharraf becoming president. National and provincial elections were held in 2002, with these assemblies giving President Musharraf a vote of confidence in 2004.

Benazir Bhutto was assassinated in December 2007 after returning to her country to campaign for reelection. In September 2008, Musharraf resigned as president and Bhutto's widower, Asif Ali Zardari, won the election that followed.

Tensions with India came to a head in 1998 when both that country as well as Pakistan conducted nuclear tests. Kashmir is the key issue for India and Pakistan. Pakistan's interest in Kashmir focuses on protecting the Muslim population in that region and in securing the headwaters of the Indus River, the country's lifeline.

Favorable relations with China have been a pillar of Pakistan's foreign policy—helping to offset the power of India. Since 2001 Pakistan has been a key U.S. ally in the war on terrorism and in bringing democracy to neighboring Afghanistan.

An earthquake hit the Pakistan-controlled region of Kashmir in October 2005, with a death toll in the tens of thousands. Pakistan continues to struggle with its restive tribal areas and Islamic militants, as well as the demands for stability and national unity. 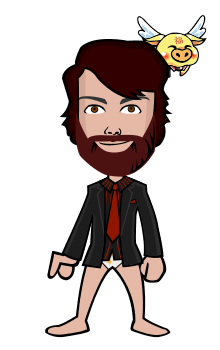