I love that "semi-rainbow" on the top!

Maybe you have no idea what's the title is about, so I will explain a little better who I am and why I like so much that rainbow (maybe my reasons are not the same reasons the site has, but doesn't matter).

In this moment, in my country there is a big fight between two big ideas: some people want rights for everyone and some other people don't want that because, in their view, that breaks the "natural order". Specifically, I'm talking about "gay rights" (but they are human rights) such as gay marriage or gay adoption.

I always used to fight against what I considered awful for the society, so when I was able to I joined an association that fight everyday to be able to fully accomplish the goal of full equality in my country too (Italy, for the mention).

I would like to ask you your opinion regard this topics. What do you think about the same-sex marriage and adoption for same-sex couple? What you would like to say to those people who only goal is hating other ones? 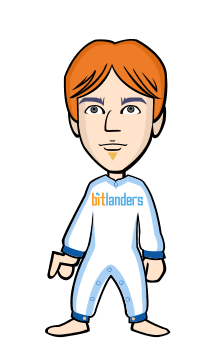 How To Write Book Reviews

Image credits: 'Books' by Ivy Sabado, via Canva.com Since writing reviews is something I do fairly o…

Hi Guys! This is my comeback blog. My name is Vanity, or my name is jvanity1, but you can call me Va…