If I Had That Woman in Front of Me, I Don& Know What

If I Had That Woman in Front of Me, I Don't Know What I'd Do': Neighbors Shocked by Death of Newborn Allegedly Thrown from Bronx Apartment

BY CHRIS HARRIS AND TARA FOWLER

The gruesome death of a newborn baby girl who was allegedly thrown from a seventh-floor window has left a New York City neighborhood shaken.

"I am stunned," neighbor Lourdes Ayala tells PEOPLE. "There are no words for this."

On Monday afternoon, the infant was found dead on the pavement outside a Bronx building by the superintendent's wife, who then called police.

The baby's mother, 33-year-old Jennifer Berry, was taken in for questioning shortly after the discovery was made. She initially told authorities that she'd given birth to a stillborn child in her boyfriend's shower before tossing her out the window, but an autopsy determined that the newborn was still alive when she was thrown.

Berry was arrested and charged with second-degree murder, as well as manslaughter, on Tuesday evening. Berry's boyfriend, 28-year-old Giovanni Johnson, told police that he had no idea she was even pregnant because she had told him she had an abortion months ago. He told officers he found Berry in a pool of blood in the bathroom after she allegedly tossed the child out the window. She insisted it was just from her period, Johnson said.

Inside the apartment complex, a makeshift memorial to the unnamed child has been erected on the first floor, complete with stuffed animals, flowers, balloons and pacifiers. "Rest in peace little angel" reads a box left at the memorial site. Another reads, "May her soul rest in peace with God."

Ayala, who's lived in the Bronx neighborhood all her life, came to the building Wednesday morning to leave flowers for the baby she claims "never had a chance."

"That mother is the only one who knows why that baby had to suffer," says Ayala, herself a mom to three children and grandmother to three more. "The wrong people are having kids. That woman is going to have to answer to God one day. How sad."

Winifred and Patricia Wilson, a mother and daughter who live across the street from the building, didn't mince words when asked about the murdered newborn's mother.

"That was a true criminal act and they need to put her away for good," Patricia says. "This is not good. She should've been carried straight to jail where she should stay."

Adds Winifred: "When people make babies, it's supposed to be a happy time. I never expected something like this could happen."

A knock at Johnson's apartment door went unanswered, but his neighbors tell PEOPLE that he's a "nice guy" who promoted mutual respect between the building's residents.

"He was friendly and trying to learn Spanish so he could talk to all of the people who live here," says Maria Gonzales, who has lived in the building for two years.

Gonzales has less sympathy for the baby's mother. "I can't sleep since I found out that baby was thrown out a window moments after being born. If I had that woman in front of me, I don't know what I'd do." 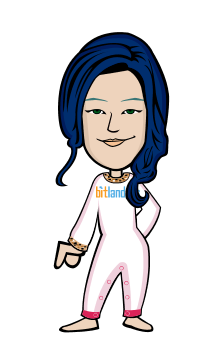