Ignorance, something unbearable by the present humans! This ultimately leads to fights and arguments etc. Ignorance means someone with lack of knowledge. So those who argue, do not know what they are talking about, they are basically blaffing, unconcerned about the others emotions. This creates hate among the soceity because neither of them accept each others terms.

People with ignorance are more likely to be self efficient, and beleive that they are the one correct and the other, even if it is majority, are wrong. They make themselves superior, and would most often use hands rather than their minds! 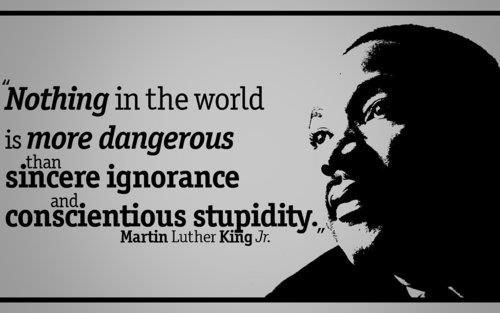 I will now give an example of Arabia. In the Pre-Islamic period Arab was full of Ignorance. Infact that time is known as "Age of Ignorance" by the historians. The Arabs were completely illitrate. They married ten times, killed their sons and vice versa for throne or postion of a Chief, sons married their step mothers, in short there was no respect at all. The Quran says:

For the unbelievers had planted in their hearts a zealotry, the zealotry of lawlessness ... 48:26

So what do I mean by this? I mean that if Ignorance flows into the society like it did in Arabia 1500 years ago, the present worl will become as useless as Arabia was. So we should stay away from criticism and accept what the others say because if we dont, we will face the concequences! 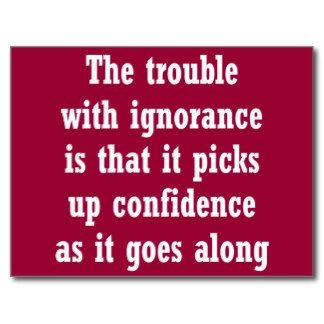