Ikechi Anya's mother is a Romanian economist and father a Nigerian scientist... Can the Scotland winger teach England a lesson?

His father is a Nigerian scientist. His mother is a Romanian former economist who looks after the elderly. His older brother is a doctor who moonlights as a rapper.

Clearly the upbringing of Ikechi Anya, Scotland’s exciting winger, was anything but typical as the four of them were crammed together in a small flat on Glasgow’s rough Castlemilk estate.

But that was the perfect environment to prepare the Watford player for the unusual pathway his career has presented. From fearing for his future in the game while struggling with a long-term knee injury and without a club aged 19, to moving to Spain under the tutelage of Glenn Hoddle, eventually to earn a Scotland call-up and score against World Cup winners Germany this September. Ikechi Anya was born to a NIgerian fatger and Romanian mother, but grew up tin Glasgow's Castlemilk estate

Anya had not even played for a Sunday League team until the family left Scotland in 1995, when he was aged seven, to move to Oxford. His southern English accent — with a London edge — belies that Scottish estate he grew up on.

It was after the move to England that a kid on the playground spotted this tiny — Anya is only 5ft 5in now — but rapid player who effortlessly skipped past his opponents and invited him to join his team Garden City FC.

‘I remember the first meeting vividly,’ Anya recalls. ‘I was small and he was this fully grown man asking me if I wanted to play for the team. He really helped me with my football. I’m hoping to get him one of my shirts from the England game.’

ANYA'S JOURNEY TO THE TOP

An eight-year-old Anya nervously asked his parents for permission. Playing football was not befitting of his father’s household. It rankled with the education-centred ethos of Chinasa, who is a doctor of metallurgy and who had taken the family to Oxford to work for the university, but his mother backed him and has done so ever since.

‘Dad was very strict on me and my brother Chima,’ Anya explains. ‘With his African roots he was all about education. After school we had to study extra hours. We clashed a bit.

‘When I decided I wanted to pursue football at 14 my dad didn’t really approve. That was when instead of doing an hour after school studying I would only do that hour if my dad was in the house. My love for football developed as my attention and application to school work went the other way.’

Mariana drove her son to every training session and was there on the touchline for every match. She is still at almost all his games now. Chinasa still only watches the occasional match on television.

Anya’s mother supported him when Wycombe Wanderers released him after his first two-year professional contract ended in 2007. He was without a club and struggling with a persistent knee problem.

Spells at non-League Oxford City and Halesowen Town kept him playing, before the opportunity to join the Glenn Hoddle Academy arose. The academy is now closed but it proved a turning point in Anya’s career.

He was recommended for a trial by his former Wycombe manager John Gorman, who had been assistant manager to Hoddle with England. He was accepted and left the family behind to fly to Jerez in Spain to join the academy.

‘The academy was really only for players released from Premier League clubs who had not made it initially. But because of John’s relationship he helped me.

‘The whole idea of the academy was that Hoddle felt players were judged too early. It was like a training camp and we had friendlies against teams in the area like Sevilla and Real Betis.’

Anya had a brief five-month spell at Northampton and they offered him a longer-term deal but after impressing Sevilla in two friendlies he signed a two-year contract with their B team, then spent three years living in Spain, moving to Celta Vigo, Granada and Cadiz.

There are 23 players based in England in the Scotland squad. The exceptions are Craig Gordon, Scott Brown, Charlie Mulgrew (all Celtic) and Lewis Macleod (Rangers).

‘It was hard to begin with,’ he remembers. ‘I didn’t know the language so I was training then going straight home. That’s when my dad’s influence helped. I knew I had to learn Spanish. After training I would teach myself. Life got better as I got better at it.’

The chance to return to England came when Watford took him on a season-long loan from Granada, which turned into a three-year permanent deal signed last year.

His performances in the Championship, where he began showcasing his blistering pace and dribbling, meant a call-up to the Scottish national team soon followed.

Anya is 26, in footballing terms a late developer to the international scene, but the pinnacle, so far, was scoring against World Cup winners Germany in Dortmund in September. Scotland lost 2-1, but his goal will live long in the memory.

Anya had started sprinting from the halfway line down the left when released by Steven Fletcher. Three Germans were in tow but his sheer speed meant none of them got close. Anya took only two touches to take the ball into the area and then side-foot it around goalkeeper Manuel Neuer and in. He has not stopped watching replays since.

Anya remains close to his family. Although he spoke little to his brother, now 30, growing up, they have become friends and, along with Chima’s girlfriend Chantelle, Anya describes the trio as ‘The Three Musketeers’. He is a devout Christian and attends church regularly, when football permits. He went yesterday with his godparents.

His mother drove the 12-hour, 720-mile round trip from Oxford to Glasgow’s Celtic Park to see him play in Scotland’s Euro 2016 qualifying win against the Republic of Ireland on Friday night. And she will make the journey again when they host England tomorrow.

She was pushing me to play football, believed in me from day one and has been there through good and bad,’ Anya says. ‘She always looked at me as if I was the best player in the world. With that kind of confidence you can’t go wrong.

‘My brother’s great passion is music. But the difference between me and my brother is when dad had him pursing education, he wasn’t strong enough to say he wanted to do his own thing. I think he’ll admit that. He did what my dad wanted and became a doctor.’

The Three Musketeers will perhaps become four — true to Alexandre Dumas’s 19th-century novel — when Anya stops playing. He is single at the moment and puts that down to his commitment to the game.

‘But I know football doesn’t last for ever. What do I want to do on this earth? Now, I want to play football, but when I get older, what would give me satisfaction? Time is still on my side. Hopefully it will come to me.’

Would he consider finally following his father into education and academia? He laughs and adds: ‘I’ve passed that stage. The brain is like any other muscle: you use it or lose it. I was intelligent once, I’m not so intelligent any more.’ 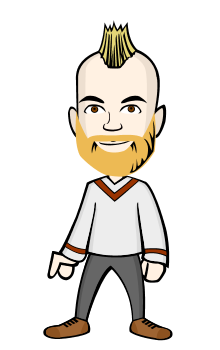