I'm Going To Start Running and I Will Run a 5k

Brian Tracy, Tony Robbins, and a bunch of other motivational speakers and personal coaches have always said that the first step for identifying a goal is by writing it down. Apparently people who write their goals and ambitions down on a piece of paper have a higher tendency to achieve them. Further, those who not only write them down, but put that goal in front of them everyday have a higher tendency to achieve them faster.

I'm no stranger to physical fitness. I played hockey for thirteen years and though I wasn't in the best shape of my life I was not someone you would take lightly. When I quit I was anything but light - and you could take me very, very lightly. I got fat. I didn't lose the weight until my second year in College. Then I started training and riding a bike for the fun of it. You can't afford to look like crap in college.

What I never did and always avoided was running. I hated it. It never appealed to me because my brain is going in eighteen different directions at all times and I felt running was boring. Sorry to be brutally honest, but just doing the same thing for an extended period of time frustrates me. Why not make it an obstacle course? Or how about being chased by zombies or something? I never looked at running as an enjoyable activity. I also have this heart thing I'll get into some time from now that made it a bit harder.

After a major surgery I gained some more weight and turned into a couch potato. I hated it, but really had no say in the matter. I was out of commission for awhile. By the time I got back on my feet I decided I had enough and wanted to try new things and get out there more. I started going for a few runs and I became insanely bored. I wasn't very good at them and it didn't do much for me.

Until about one week ago. 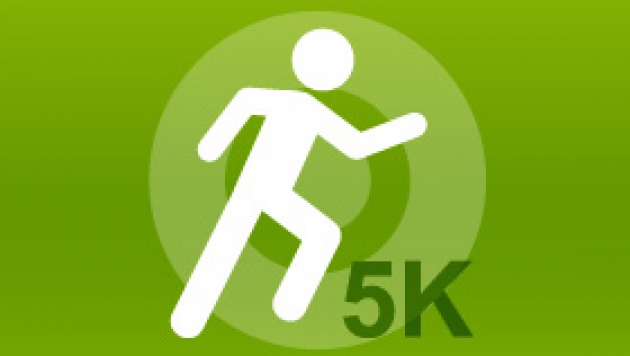 Something really amazing happened one week ago. I went running around my hometown of Hoboken and hated the first 5 minutes. I expected that.

What I didn't expect is what happened after the first 5 minutes I just kind of felt weightless (I assure you the constant thudding of my feet assured me I wasn't). I felt as if I was finally alone in my own head.

I was doing something for myself by myself bettering myself and I could control anything and everything around me. Who I was with, how fast I was going, where I was going; it was all in my power. I could think and plan about a business venture or a job or a creative approach or a new song all the while pushing my body to its limit.

And there was no pressure. There was no fitness goal or bar to achieve pushing me higher and higher and stressing me out more and more. It was just personal and mental freedom. I don't think I ever felt that at this point in my life. I work all the time whether for leisure or for business. This feeling was incredible.

So consider this me writing down my goal and sharing it all with you. That's the second step in goal-setting; let people know so they can share your progress and setbacks and keep you on track.

So here we go Film Annex community, whether you care or not, I'm going to start running and I will run a 5k.