IN PRAISE OF IDLENESS (Second Part)

There is also a third class of men throughout the Europe though not in America. They are more respected than either of the two classes of workers. These are the idle landowners. Russell condemns them because their idleness is only rendered possible by the industry of others.

From the beginning of civilization to the Industrial Revolution, a common person could hardly earn enough for his existence. Sometimes his wife and children also had to work but the pity is that the priests and soldiers took that surplus. During famines, many laborers starved to death, but the priests and the soldiers had their stores full of corn. This system continued in Russia until 1917. Russell in his typical analytical manner concludes that 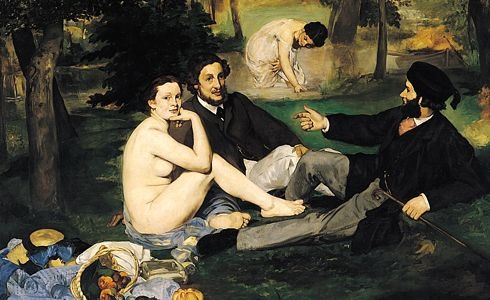 Modern technique has made it possible to diminish enormously the amount of labour required to secure the necessities of life for everyone. This was made obvious according to Russell, during the war. At that time, all the men and women were engaged in war propaganda and in the production of ammunition. All working people and government offices connected with the war were outdrawn from producing occupations. In spite of this, the general level of physical well being was not disturbed.

Russell mocks at the fact that some people are engaged in over-work while others starve to due to unemployment. He gives an example that if at a moment a certain number of people are engaged in the manufacture of pins as many is required and if somebody invents a device to manufacture the pins with double speed, even then the hours of work will not be decreased rather the number of workers will be decreased. Russell here remarks with contempt:

"Can anything more insane be imagined?"

Quick summary of the Army

Hello all membres of

A Hymn of Praise to God

A Hymn of Praise to God I would like to share this passages from the Holy Bible. It is from Jeremia…