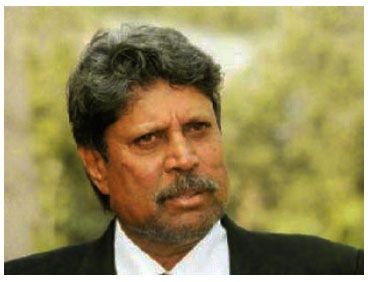 This is going to be a different World Cup for many reasons. It is going to test the resilience of Australia and the awesome talent that India brings to the game. Of course, there are other teams in the fray too, notably New Zealand and South Africa. What interests me is the fact that the competition level is expected to be high and the fans are going to have a feast of cricket over the next six weeks or so.

A World Cup in any sport brings out the best from the participants. As a cricketer, you dream of representing the country and winning the Cup. Few backed us in 1983 and it was a pleasant surprise for even the players when we won the Cup. It took a while for the feeling to sink in. The game has evolved a lot from the time the first edition of the World Cup was held in 1975.

The field placements have changed since 1975. You must have five fielders inside the circle all the time and it can hurt the bowlers even as the batsmen welcome it. The technology has helped the batsmen immensely. It is a lot about the bats and bats and bats. They have improved hundred folds from my time and tilted the balance in favour of batsmen. The prize money, participating and the viewership have also grown since 1975 and the competition has become very intense and exciting.

India are well-prepared and strong favourites. The batting line up is easily the best and I think it is time the support staff plays a greater role. The onus is on Ravi Shastri. He has the experience to guide the team. The Indians have the potential to win the Cup but need to channelize their energy in the right direction. On paper, collectively, India have the skills to go the distance and I am very confident of M. S. Dhoni marshalling the team with his brilliant leadership qualities. I hope he has not lost the zest in him after giving up Test captaincy.

The favourites are obviously going to differ from individual to individual. Often, we discover that the best teams don’t always win. Take South Africa, an all time favourites for many but unable to do justice to their potential. They made debut in the 1992 World Cup but a strange rain-rule halted their progress in the semi-final against England. They have some explosive batsmen who can serve the team well but South Africa have to get rid of their reputation of choking when confronted with the big moment.

I think South Africa looks best on paper in this tournament too but New Zealand is my dark horse. A very different team when playing at home, New Zealand can be very dangerous in conditions they understand best. They know how to exploit the seam and swing and also thrive on grounds that are of different shapes. I say this from experience because it can be very difficult to set a field on those grounds. New Zealand is a formidable team with all-rounders and I will certainly back them to be in the semi-finals.

Australia is well prepared but they should avoid peaking early. Doing well in the first stage can sometimes hide your weaknesses. They had a fabulous Test series against Australia and looked flawless in the tri-series too. They are a team to watch always.

The best thing about a team like England is that they will always be in the reckoning. They have never had a player of Ian Botham’s stature who could decimate the opposition. Andrew Flintoff had the talent to take the opposition on his own but England sorely lacks an individual who can make an impact, someone like Virender Sehwag, Sanath Jayasuriya, Adam Gilchrist, Mathew Hayden.

Pakistan should never be ruled out. They were the semi-finalists at the last World Cup and a constant threat to their opponents because of their unpredictable style. They have nothing to lose because their cricket is going through a tough phase. They can be expected to draw inspiration from the 1992 World Cup when they won the title in Australia.

I don’t mean to dismiss teams like Zimbabwe, Bangladesh and the non-Test nations at this tournament but I doubt if they have the consistency to make it to the knockout stage. I am aware of some of the minnows, especially Ireland, of creating an upset or two but it would be a huge task for these teams to repeat such outstanding performances match after match. They can certainly benefit from playing against the elite of world cricket and use the experience to carry on their campaign for the next edition.

I am looking forward to how the teams will use the two new balls at each end. The hardness of the ball will last longer now and it is really good for the game even though the batsmen would welcome it more. The bowlers can put up a fight provided the organisers have not reduced the playing fields.  Now, after 40 overs of the game, the ball would still be 20 overs old. The reverse swing may not work but things could change in the last five overs.

Williamson is very important to his team. Maxwell is the most fearless cricketer in business. Akmal is ruthless at the crease. Kohli has the capacity to change the game on his own. Sangakkara can take any pressure with his experience. Buttler bats with amazing freedom. AB de Villiers can smash any attack. Gayle is a treat when in form!