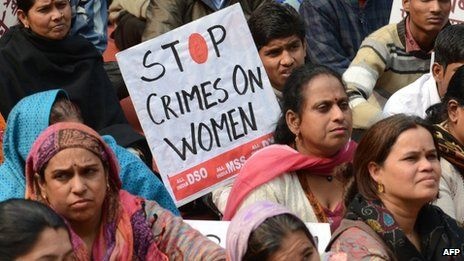 Discrimination against women in rural India has been a serious issue since ages. In spite of being aware of its harmful effects to the society, very few actually care about it and feel the need to do something for it. The rest only ignore.

This is not a problem native to the land of India only. There are many other countries, mostly developing or under developed, where women are not only discriminated against men, but are also brutally treated and tortured.

As the general stereotype goes, a woman in India is expected to raise her children and family within the four boundaries of the wall. She has to cook daily meals for her family, look after them and keep working throughout the day without rest, leave or pay!

With the perception of this unfair mind set of the orthodox society, young girls are taught to stay at home and learn household works rather than being sent to school. Deprivation of women from education is a very common sight in rural India.Though, it is not so common in the urban areas.

The irony here is that, the country that deprives its women from education is also the country that also has a long list of names of women who have conquered heights and peaks of successes. IndraNooyi, KiranMajumdar Shaw etc. are a few to name, who are great inspiration to Indian women. With great successes of women like them, our country can dream to have a brighter society with a brighter female population coming up with their unimaginable potential that have been supressed under male dominance since ages.