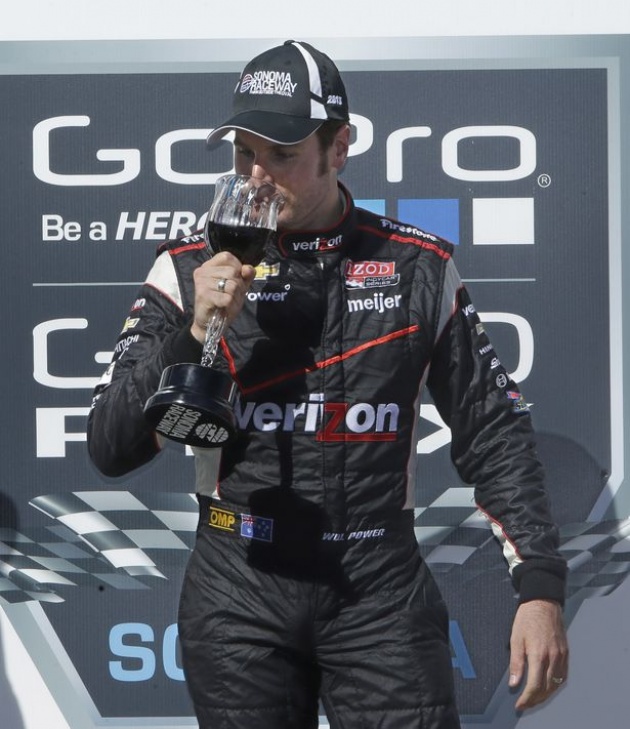 Will Power is back to success after almost a year and a half of abstinence imposing on Sonoma Raceway. The Australian took advantage of the penalty imposed on Scott Dixon while he was on his head, that penalty could also be decisive for the championship. Justin Wilson and pole sitter Dario Franchitti completed the podium.
Franchitti off to a good start and manges to defend his leadership against attacks from Dixon and Power, while behind Charlie Kimball, sixth, touching the car of Helio Castroneves. Exits the first caution and Kimball recedes at the end of the group. After two laps the race restarted with Franchitti in front of Dixon while Power lost third place to the benefit of Ryan Hunter-Reay and the fourth with Castroneves. Sebastien Bourdais touches the back of the car of Marco Andretti to restart and was forced to pit to replace a front wing. Caution on lap 7 new for a contact between Wilson and EJ Viso who sends the English into a spin. They take advantage of a couple of riders, including Wilson himself, to make the first pit stop, while Viso is penalized with a drive-through. After three laps of caution comes the restart, with Power that retrieves the fourth position from Castroneves. At lap 17, another contact, between Bourdais and Simona de Silvestro, and new caution. All first make their first pit stop, but Hunter-Reay to restart that is found first in front of Wilson and James Hinchcliffe. Meanwhile, Graham Rahal ends up spinning and is touched by Takuma Sato. Dixon goes for sixth place on Power, while a contact between Tony Kanaan and JR Hildebrand leads to a new caution. Hunter-Reay at the pit stop leaves the leadership to Wilson in front of Hinchcliffe and Sebastian Saavedra. The two are, however, to the contact, with the result that Saavedra, and Kanaan as well for the previous contact, are penalized. New caution on lap 30 to remove the car of James Jakes stopped on the track. At the restart Wilson and Dixon took the lead, followed by Power, Franchitti and Castroneves. In a couple of laps Dixon builds up a lead of 1.7 seconds on Power and 4 of Franchitti. 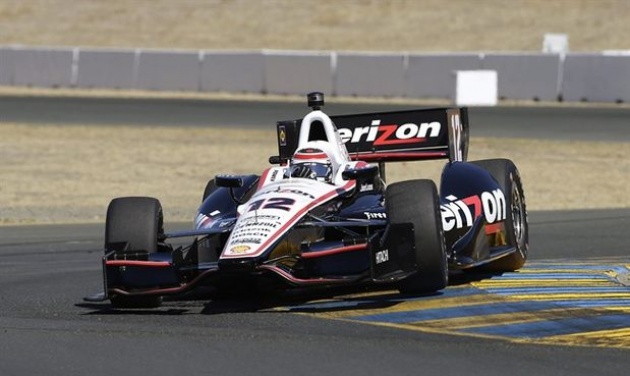 At lap 44 Power makes the second pit, followed the next round by Dixon and Franchitti. A couple of laps after Power comes along at the last corner and is exceeded by Wilson, while in front are first Kanaan and Hinchcliffe then briefly to take in the head being on a different strategy. At lap 64 the car Josef Newgarden stops on the track and out for a new caution. Everyone take the opportunity to make their final pit. Upon restarting the pit, Dixon hits one of the mechanics of Power, probably badly positioned. A few laps after the restart comes the drive-through for the New Zealander, so that descends from the first to eighteenth place. Power finds himself in the head in front of Wilson, Franchitti, Simon Pagenaud and Hinchcliffe. A new 6 laps caution for a contact between Ryan Briscoe and Kimball at Turn 7. Kimball ends up spinning and is backed up by Sato and Ed Carpenter. Restart to 5 laps from the end, with Wilson, who tries to attack power for the leadership, but the Australian can defend itself, while Franchitti leads to the third place going Pagenaud. A contact with James and Davison sends Saavedra to the barriers, but the caution does not come out. Power wins in front of Wilson, Franchitti, Andretti and Pagenaud. With the seventh Castroneves stretches in the head on Dixon, only fifteenth to the finish line. The Brazilian has now 39 points ahead of the New Zealander when there are 4 races at the end of the season, Hunter-Reay, Andretti and the sixth is -62 to -70. Hinchcliffe, Bourdais and de Silvestro completed the top 10. 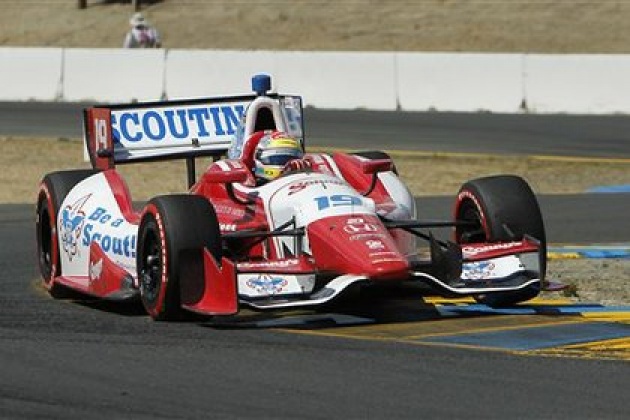 Every year in Pakistan, TDCP (Tourism Development Corporation Pakistan) arranges a jeep rally in a v…