In this technological explosion today, large amounts of funds are directed towards information technology (IT) software development. Despite the enormous advances in the IT industry, there are still many failed IT team projects. Knowing the common underlying problems that cause most IT team projects to fail will help teams avoid making those same mistakes over and over. It may also enlighten teams with techniques that work. Researching the causes of several team projects that failed will provide insight for future IT team project development. It is inevitable that history will repeat itself if the history is unknown. This may cause disastrous and costly consequences.

Spending these large sums of money on IT does not necessarily equate to money well spent. These failed IT projects are costing companies billions of dollars every year. These dollars could better serve these companies if more attention is focused on why these failures occur so that repeated mistakes could be avoided.

Several factors contribute to the failure of IT software development projects. One of these is the human factor. McConnell (1998) states that “Peopleware [DeMarco and Lister] drives home the message that programming is first and foremost something done by people and only secondarily happens to involve computers.” Examining the human factor will provide valuable information to IT teams and other IT personnel, as well as corporate management. This information could improve the company’s chances of succeeding in the future with IT software development and IT teams. The cost savings alone should make management interested in this ongoing expensive problem. It also may increase the chances of aligning IT with the business needs of the company, which in turn may provide the company with a possible competitive advantage.

Most Software developments project fail because of failures with in the team running them. The average is only 16.2 % for software projects that are completed on-time and on-budget. In larger companies, the news is even worse: only 9% of their projects come in on-time and on-budget. And, even when these projects are completed many are no more than a mere- shadow of their original specification requirements. Projects completed by the largest American companies have only approximately 42% of the originally-proposed features and functions. Smaller companies do much better. A total of 78.4% of their software projects will get deployed with at least 74.2% of their original features and functions.

that the quick brown fox jump over the lazy dog. 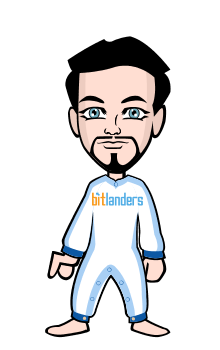