Information Technology for Everyone: Mac vs Windows 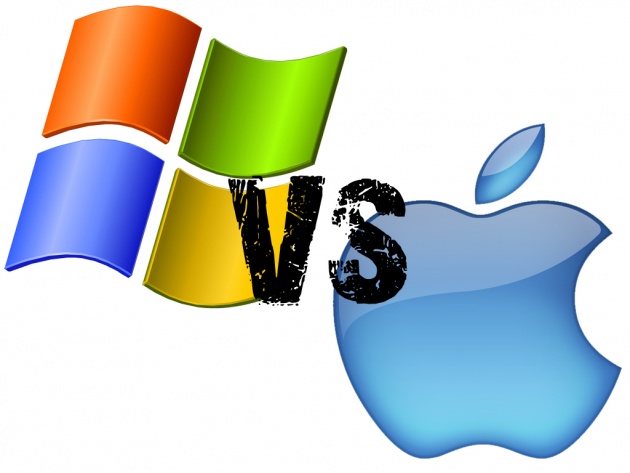 In this first issue of my new blog Information Technology for Everyone, I try to explain, in my opinion, the pros and the cons about a Windows based computer and a Mac OSX based computer. We'll call this challenge:

1. Aesthetics This is without any doubt a great weapon for a Mac. Even if other brands such as Sony, Samsung, Toshiba, HP are trying to compete even for the aesthetic with the computers made by Apple, Macs are beautiful and they are a milestone and a reference for the designs always modern; the future is always anticipated by the computers designed in Cupertino and the keynotes by Apple are always events for the planet of the Information Technology. In the last few years also the other brands are trying to reach a great level. In this photo we can see some examples of great designs from various brands and, in particular, the state of the art of the design of the new Mac. 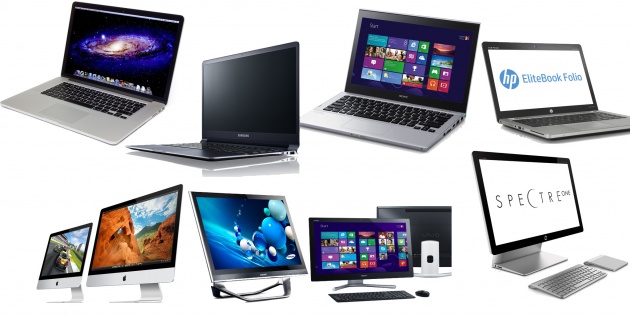 2. Price This continuos research in high level designs is strictly connected to the price level. Apple is not made for everyone. If you compare two similar computers, one by Apple and one by other brands, the first one costs almost 30% more than the other.This is always the first parameter when somebody decides to buy a new computer. Personally it's the first question I ask to my customers: "What is your budget". The final decision is always made by customers

3. Graphics? It's known as a legend that if you want to use graphic softwares you "must have"a Mac. I definitely destroy this mith. If you need to use softwares for graphics, maybe you will buy the suites made by Adobe, such as Photoshop,Illustrator, InDesign and so on. This suites are exactly the same for Windows and for Mac, so if you need to buy a computer for this kind of softwares, after you'll decide your budget, you have to choose the right configuration. In this moment I suggest the following configuration for optimal performances:
Intel I7
RAM 8Gb
500 Gb HD
1Gb RAM Graphic Card

4. Music and Video. For music softwares I'm not an expert but the experts are working on Mac, so I assume it's the best choice. Obviously I'm referring in "make music", not only playing. iTunes, for instance, is the same, both on Mac and Windows.
For the Video softwares it's the same concept expressed before in graphics paragraph, even if Apple has developed Final Cut for the video applications. I prefer Adobe Premiere, so the software is the same both on Mac and Windows. I can't find any particular advantage in using Final Cut than using Premiere. For the video software the ideal configuration has to be more powerful than the one chose for graphics, because maybe you'll have to edit HD footages and this is very stressful for the computers.

5 Operating Systems. This is a never ending battlefield. Let's see the differences:
Windows Features:
Network Management is definitely better than Mac.
Windows has the cut/paste feature. Mac users sometimes don't need this feature but it's very useful such as the right click on mouse for the alt-menu. Now is available also for Mac, but It's a recent introduction, infact you don't have it enabled by default. The file manager in Windows is more versatile, it's easier to do some operations, such as rename files in file manager window and so on.

Mac features:
If you are doing a file transfer, Mac OSX tells you immediately if there isn't enough space in the destination location (hard disk or pen drive full). Windows sends you an error at the end of the process, so you don't know what you have exactly copied.It's better to know immediately if you can do or do not an operation. Mac OSX has by default a backup feature called Time Machine easy to use to make backup. It's also very easy recover backup in case of disaster. In general the file manager is very simple and the users learn quickly how to use features. I suggest to the users "Do the easiest thing you have in mind". A very useful feature always present in Mac OSX is that you can change the language with a simple selection. In Windows you select the language during installation process and you can't easily change it. OSX is always ready to use after installation and it's very easy to connect external devices, also because there is a small number of compatible devices. One of the MAIN feature of OSX is that it's almost impossible to get viruses. This is a problem in Windows very difficult to solve.

This is an overview and we can start an endless discussion. I tried to analyze in an objective way the differences between the two philosophies. I took apart the technical aspects, because in this blog I would like to speak to all the people and not to the technicians. Maybe they have their own ideas and their own solutions. According with the project of Francesco Rulli of building schools in Afghanistan, I hope this kind of subjects could be useful in the improving of the skills of the students, even in countries a bit slower than others in the Information Technology uprising.

I studied Mechanical Engineering at the University of Florence and I've been graduated in April 2002 with a research and a Thesis in the railways field.I've always be interested in Technology so that since 2003,I work in a company of the Information Technology World as a Technical Manager.