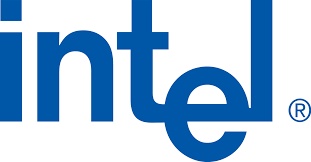 Intel Corporation is an American multinational semiconductor ship maker corporation headquarter in Santa Clara, California. Intel is the world’s largest and highest valued semiconductor chip maker. Intel has been dominating the PC microprocessor market for the last two decades. Intel derives approximately 70% of its revenue from the PC market.
Note: Intel had a dominant position in the worldwide in x86 CPU market from 2002 to December 2007,

Antitrust Law
Antitrust law is law that promotes and maintains market competition is also known as competition law.
Antitrust law, has three main elements
• Prohibiting agreements or practices that restrict free trading and competition between business. This includes in particular the repression of free trade caused by cartels (Antitrust law often forbid private cartels)
• Banning abusive( bad) behavior by a firm to dominating a market , or anti-competitive practices that lead to such a dominant position. Practices controlled in this way include predatory pricing( is the way of selling a product or service at a very low price, intending to drive competitors out of the market, or create barriers to entry for potential new competitors) , refusal to deal etc

AMD vs Intel
AMD( advance Micro Devices) lawsuit against its rival intel, the worlds leading microprocessor manufacturer.AMD has claimed that intel engaged in unfair competition by offering rebates to Japanese PC manufacturers who agreed to eliminate or limit purchase of microprocessor made by AMD. AMD filed a complaint against in the EC(European Commission ) antitrust enforcement agency.
The European Commission imposed a fine of EUR 1,060,000,000 on Intel Corporation for violating EC treaty antitrust rules on the abuse of a dominant market position by engaging in illegal anticompetitive practices to exclude competitors from the market for computer chips called x86 central processing uints. The Commission ordered intel to cease the illegal practices immediately to the extent that they are still ongoing. After some investigation the Commission found that intel is engaged in tow illegal practice
First is intel gave wholly or partially hidden rebates to computer manufacturers (Dell, HP,NEC,Lenovo on that condition that they bought all x86 CPUs from Intel. Intel also made the payment to European largest PC retailer like Media Staturn Holding on such condition that they have stock of only computers with Intel x86 CPUs.
Second, Intel made direct payments to computers manufacturers like HP, Acer, Lenovo, to stop or delay in launch of specific products containing a competitor’s x86 CPU’s and limit the sale channels available to these products
With the help of these practices Intel dominant position on the x86 CPU market

Intel in Oligopoly Market
Intel exist is an oligopolistic market, in semiconductor manufacturing market. Semiconductors are main components of the computer models. There exist only a small number of major competitors in the market. Some of the competitors include AMD( Advance Micro Devices), Texas Instrument, Samsung, and Toshiba. Intel has worked hard to attain the pole position in the semiconductor market . In 1980, Intel was ranked 10th position in the market. Intel managed to achieve pole position in the year 1990. Over the years, Intel has engaged in unorthodox methods to try and maintain dominance over the market.

In addition to the PQS award, Intel recognized three suppliers with the Supplier Achievement Award, which recognizes extraordinary accomplishments in one or more key performance areas. This year’s winners were recognized for high-impact contributions to Intel’s success in the areas of velocity, customer orientation and reduced cycle time. The 2012 PQS and Achievement winners will be honored at a ceremony tonight in San Jose, Calif.

“This year’s Intel Preferred Quality Supplier award winners have done a tremendous job of driving and executing to world-class supply chain performance,” said Jacklyn Sturm, vice president, Technology and Manufacturing Group and general manager of Global Sourcing and Procurement. “2012 was a year that put all aspects of the supply chain to the test, from core challenges of business continuity, agility and affordability to the need for continuous innovation, improved velocity and rising to the growing expectations of sustainability. These companies distinguished themselves from the thousands of other suppliers that work with Intel by providing strategic capabilities that enable our technology roadmaps, demonstrating performance that exceeds our very demanding expectations, and by maintaining a long-term commitment to quality leadership in the semiconductor industry.”

“Intel’s 2012 Preferred Quality Suppliers have excelled across an extremely demanding set of expectations and have distinguished themselves as industry leaders in technology innovation, supply chain excellence, and corporate responsibility,” added Robert Bruck, corporate vice president and general manager of Technology Manufacturing Engineering. “These suppliers have made a substantial contribution to Intel’s success through their commitment to quality in support of Intel’s industry-leading silicon, packaging and test technologies.”

The PQS award is part of Intel’s Supplier Continuous Quality Improvement (SCQI) program that encourages suppliers to innovate and continually improve. To qualify for PQS status, suppliers must score at least 80 percent
Barriers to Entry
• Intel and AMD only major competitor, have major brand name recognition.
• Intel AMD produce on a massive economy of scale . New entrants would need to achieve 10% of the market to achieve a profitable market share but its not an easy task
Microsoft possesses a dominant, persistent, and increasing share of the world- wide market for Intel-compatible PC operating systems. Every year for the last decade, Microsoft’s share of the market for Intel-compatible PC operating systems has stood above ninety percent. For the last couple of years the figure has been at least ninety-five percent, and analysts project that the share will climb even higher over the next few years. Even if Apple’s Mac OS were included in the relevant market, Microsoft’s share would still stand well above eighty percent.

2. Empirical Evidence of the Applications Barrier to Entry
The experiences of IBM and Apple, Microsoft’s most significant operating system rivals in the mid- and late 1990s, confirm the strength of the applications barrier to entry.
That Microsoft’s market share and the applications barrier to entry together endow the company with monopoly power in the market for Intel-compatible PC operating systems is directly evidenced by the sustained absence of realistic commercial alternatives to Microsoft’s PC operating-system products. 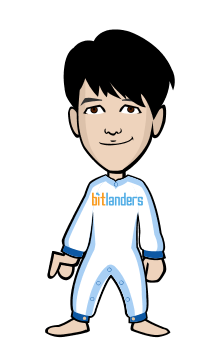