International Women's Day and the Women of Iran 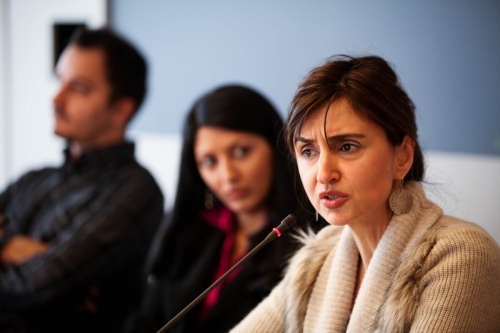 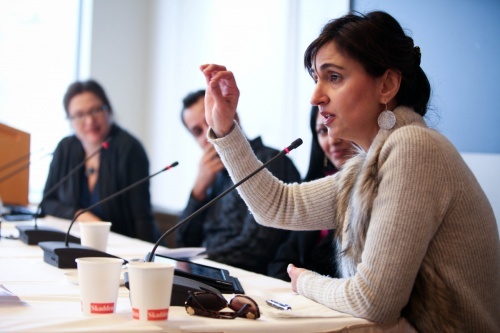 As the threat of a nuclear Iran terrifies the Western world and the drumbeat of war gains political momentum, in a New York City midtown law firm last Thursday, a different focus on Iran grabbed attention.
In honor of International Women’s Day, Iran 180, a coalition that demands the Iranian regime stop violating its citizen’s rights, hosted a discussion on the state of Iranian women today and how the digital revolution is inspiring and creating social change.
Over the past decade, the Internet has given Iranian women a relatively safe platform to exchange and challenge ideas and rally for women’s rights. The anonymity of the Internet has given space for discussion that wouldn’t have existed otherwise.
Historically, women in Iran have experienced freedom.  It’s a society that has swung from extremes over the past century and yet has a rich history of women’s organization. Beginning in the early 1900s an intense women’s movement began demanding the education of girls and rights for women.  Between 1962 to 1978 the Iranian women’s movement won tremendous victories including the right to vote in 1963, the Family Protection law in 1975, which provided new rights for women, including expanded divorce and custody rights and reduced polygamy, and the right for women to hold public office.
But the pendulum swung back again, eliminating these rights as the Islamic Revolution in 1979 took over.
Today with the explosion and ubiquity of the digital universe, the women’s movement in Iran has swelled and barriers are breaking.  Discussions are taking place that never would have happened in the media before.  Ironically, the digital space may be a device to quiet the people, rather then get them riled up to revolt.  The Internet gives Iranians a place to safely vent.  And yes, the Regime reads and sees everything.
Roya Hakakian, a writer who lives in the United States and is a founder of the Iran Human Rights Documentation Center, says that the Iranian regime is being strategic in letting these conversations occur.   In fact, she says, the Iranian government has generally not ruled society and discourse with extreme fear and force the way of Egypt, Libya and Syria, which may be why Iranians have not followed their Middle Eastern neighbors and revolted.
“Iranians will say that as soon as they go into their homes and lock their doors that they are as free as any New Yorker,” Hakakian says.   “They have parties where there is alcohol. Allowing these things to happen has been the regime’s smart approach.”
At their computers, Iranians are vocal.  They are not gathering in the streets, but they are dissenting virtually.
“The facts that Iranians can have minor discussions or quasi-free conversations in the virtual space has let out some steam.  Had the digital space not existed one wonders would the Iranian community do what the Syrians are doing?” Hakakian says.
With the threat of war and increased sanctions, Hakakian says that the people of Iran are in survival mode.  As the country is perched at the brink of war or at least in a dangerous game of chicken with Israel and the United States, human rights will not be the focus.  Hakakian also believes that real change won’t come until the Iranians get organized.
“I think the problem is a fundamental one that we don’t have a direction,” Hakakian says.   “The opposition has yet to overcome the regimen’s principles and has yet to unify itself and come up with its own terms of engagement.”
wendy sachs
http://www.filmannex.com/WendySachs
twitter: wsachs