Internet opening up the world to Afghans 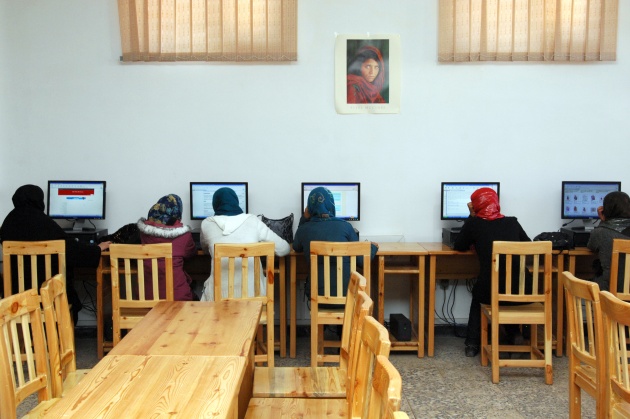 I remember when I was very young, Afghanistan was a closed society communication wise, people wrote letters to each other in different provinces of Afghanistan, let alone out of the country. And that is just about less than twenty years, I know it’s crazy, right? Once we were on a trip to Pakistan and I was about ten years old, but I could speak English as much as I could barely interact with an English speaker, we were visiting a doctor and he was so interested that with such a young age I could speak English and I was eager to learn stuff, he asked me if I had a computer and I said I did, so he told me to check the Internet for English lessons and learn more, and the phrase Internet was new for me, I asked him what it was, and he was shocked that I still didn't know what it was, but my father helped me out and told him that we didn't have internet service.

Internet was on my mind for a while and I asked so many questions from my father about it, and he provided me with all the information he had, and I wished that I could use it one day. When Taliban regime was finally over and the first companies started to provide internet service in Afghanistan, maybe I was one of the first internet users, although it was so expensive, I bought a twenty hour dial up card for a thousand Afghanis , but I was happy about it, so I could finally use the internet and get to know about the world without asking anyone and hoping they were in a good mood to answer or just ignore you.

Youth in Afghanistan are still getting introduced to internet and I believe there so many school and university students who haven’t used the internet yet, and doesn't know about the significance of the internet and what an unlimited source of knowledge it could be and what a great way of communication it is, but I believe that a few percentage of Afghan youth have already had the chance to use the internet and get familiarized to social networks, which is not just a way to communicate with your friends and family but it’s a media broadcast with a huge viewer base, that you don’t need to get on the TV or Radio to have people hear what you have to say, but you can simply  write, post a video or an audio clip on your social account page and everybody will be able to see/hear what you have to say, I personally think that this isn't only a way of communication but this is a revolution towards a very different world in which we had to write letters to our family members outside the country and wait probably for over a couple of months to get a response back. Now you are just a click away from seeing and talking to whomever that has internet practically from anywhere, could even be on the moon, I said that because I once saw this documentary that people were skyping with their families from within a satellite in the space.

Internet is a great unlimited source of information, and an outstanding means of communication, and should use this great phenomena in gaining more knowledge and keeping in touch with our friends and family, not only surf the web and waste time on unnecessary stuff.