About 3 weeks ago, my friend David Axelrod (not to be confused with the former campaign advisor of Obama) sent me this link: inkwood.net. It was one of those chat messages that you get when you are offline. Upon seeing it, I wrote back, saying "so coool."

A couple weeks later, my colleague, Fred Kurzh, wanted to show me something "really cool." It was a video on Vimeo Staff Picks. "I know this guy!" I said, all excited. "My friend sent me the link to his website recently." Fred said he invited him to Film Annex. I opened my inbox and searched for the link. "Yes, that's him!"

A His name is Jake Fried. a few days ago, he joined Eren's Picks with his incredibly unique, hand-drawn animations. His palette consists of ink, gouache, white-out, and coffee. An educator at the Museum of Fine Arts in Boston, Jake has exhibited his work worldwide and is now enjoying online film distribution and sharing on the Internet. In our interview below, Jake goes into more detail about his background, artistic choices, inspirations, and more. 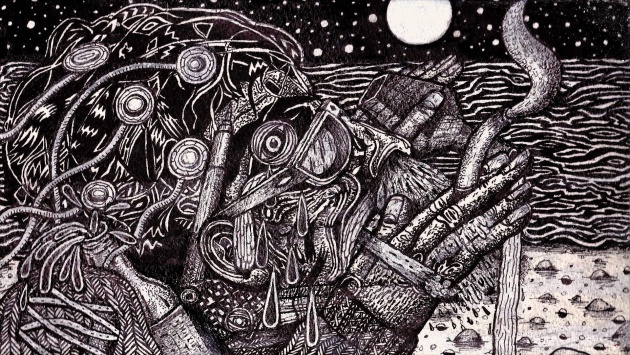 I’m curious about your background: What got you into drawing and when you started animating. Would you consider yourself self-taught (even though I see that you attended MICA)?

I have been drawing and making art for as long as I can remember, but I only started animating around 2009.  My style has always involved reworking and layering images endlessly, eventually I realized I was more interested in the evolution of my images rather than any “final state”.

When people describe artists as “self-taught” they’re usually describing some kind of outsider-artist with no formal training or knowledge of art history - that’s not me.

Why white-out and not white paint? They’re pretty similar, but white-out has that powerful “nail polish” smell. Doesn’t it make you dizzy?!

I use white-out because it’s matte, dries quickly, and is made to be drawn over. My work wouldn’t be possible using gesso or white paint instead - I would have to wait too long between scanning frames and the surface would become too thick to rework easily. The smell doesn’t bother me, nothing compared to oil-painting with turpentine. 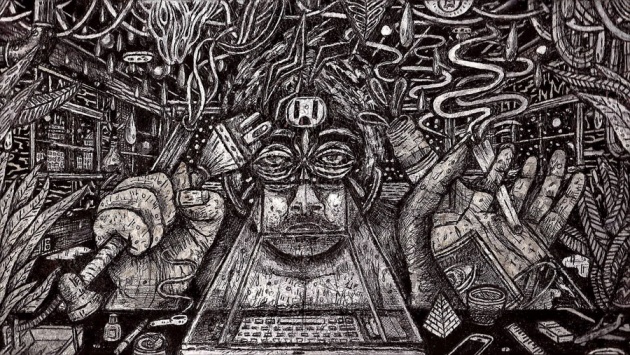 And where does coffee come into all of this?

I basically use coffee like a brown ink-wash - it stains nicely and works well as a mid-tone between the black ink and white-out.  It also emphasizes the handmade, lo-fi nature of my process.

What about the transformation of the figures? Are they pre-meditated? Or do you decide what will come next as you’re drawing?

I start with a general sense of where I want my films to go, but nothing is pre-planned, I "discover" through the act of making.

Do you think about integrating new elements into your work such as using new tools or creating a narrative piece?

In every film I explore new tools, techniques, settings, and themes.  In my latest film “Raw Data” I started experimented with metallic-gouache, technological imagery, and sustained head-on portraiture.  I don’t really see myself taking on a traditional narrative in my work, but I’m not ruling anything out for the future. 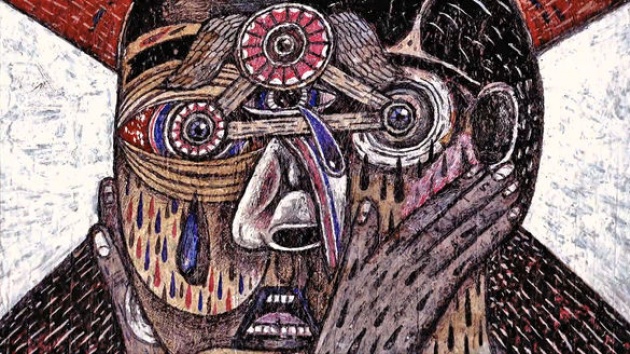 Who are some of your favorite artists and/or where do you get your inspiration from?

Other artists that I admire and constantly learn/borrow from would be Philip Guston, James Ensor, Picasso, and the comic-artist R. Crumb.  Chuck Close says “inspiration is for amateurs” and I agree. I don’t need to be “inspired” to work everyday - I “discover” through the process of making, so I’m inspired by working, by the process, by the work itself.

What do you think is the most ideal space for your art to be viewed? How do you feel about showing your work on the internet vs. displaying it in a museum?

I think a museum, gallery, or theater is the best place to view art, where you can have a physical relation to the work and be free from any other distractions or stimuli. That said, I’m incredibly excited about the world of internet video and how it’s allowed me to share my work with such a massive and supportive audience. I think it’s wonderful that people can explore my work within the comforts of their own private spaces - where they can pause my films to view individual frames and re-watch when they want to.

The world of online video is developing so rapidly, I can’t really imagine what it will be like in the next few years. But I look forward to the innovations that will lead to new and better ways of distributing and viewing my work, like Film Annex.