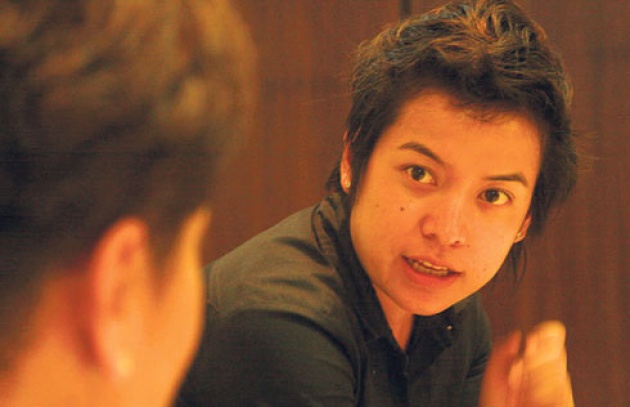 "I have always believed that film has no language, no country, no border. A film is just a film. With quicker and easier access to the Internet, the world has become smaller, and one voice can reach a million voices in no time. Films are like fuel to fire. A voice to the masses. Women can talk about their issues and come up with solutions that can be brought about only by the medium of films. So I think films can be a major tool for women to empower themselves and each other. "

Nilu Doma Sherpa is a female filmmaker from Kathmandu, Nepal, who has recently joined Film Annex with her film, KAGAJ (Paper). A recognized figure in the Nepalese film industry, Sherpa is now opening up to the rest of the world and promoting her films globally. In our interview, Sherpa and I discussed many things, including what it is like to be a female director in Nepal, how she funds her projects, the role of education in films, and empowering women through film. Read our interview to find out more, but first, watch her short film KAGAJ below.

How did you come up with the concept for your film, "Kagaj"? Were you intending to make a film about the importance of education all along?

Kagaj, which means “paper” in English, was a concept I thought about for awhile, but I never really had anything that pushed me to do it. I have always believed that emotions are the core of any action, and if an action leads to the stirring of an emotion, then it’s an action well executed. When I saw street kids, I always knew that education would make a difference in their lives, and how they got this education was the question. That is how the concept of “Kagaj” was born. I want to make meaningful films. I would like to be able to use any genre to make a film that makes sense. I wanted to make this film all along, but had to wait till I put my team together, and I think it was definitely worth the wait.

How did you fund this project and what was the process of casting like?

The funding of this project was from home. My mother gave me the money to make this film. It’s always difficult to convince people to invest in a project, and it’s the same here in Nepal. Short films have no market and people don’t invest in them unless it’s to advertise a product or organization. Social videos are not really invested in because there is no remuneration for it. We had long discussions about the cast. At one point, we wanted to take real street kids and shoot the film over a period of time. That was not feasible due to the lack of finances. On the other hand, we wanted to work with professionals to save time, but then again their fee was something we could not afford. We had a friend running an orphanage and shelter, Khusbu Oli, and she allowed us to use the children in her orphanage for the film. We went and talked to the children and told them the story. They were very enthusiastic about it and related to the story, because these were children who were once street kids. They pulled off the expressions fantastically.

How would you describe the state of the film industry in Nepal right now?

I think we are at a morphing stage in Nepal. The film industry is at a point where new and old filmmakers are at loggerheads. New wave cinema is taking over. Small budget experimental films are really breaking through the market. But at the same time we are losing the quality in films. Everyone is in a rush to make films and release them, so I think for a small country like Nepal, there are too many films but not enough screens to screen them. The state of the film industry in Nepal is right at the edge. Make or Break.

How long have you been involved in making movies and what made you want to pursue a career in film?

Films have always been a passion. In my early days, I was an avid movie watcher, but when the time came to picking a career – and trust me, I have tried many things – nothing settled, calmed, excited, and satisfied me as much as making movies. It has now been almost 10 years that I have been actively involved in making films, but it is the first time I stepped outside my shell to finally make the movies that I want to make.

What is it like to be a female filmmaker in Nepal today? Any challenges? Advantages? Disadvantages?

There aren’t many female filmmakers in Nepal. As a child, I always wanted to be the first woman to direct a movie here, but with time I realized that it is not as easy. This is a field dominated by men. Many a times, I find myself to be the only female on set. I strive everyday to prove my ideas when my work is at par with, if not better than, my male counterparts. Also, finding funding for a film to be directed by a female director is close to impossible so I fund my films by myself.

As a filmmaker, the advantage of being a female filmmaker in Nepal is that I am a known face in the film circuit because there are very few filmmakers. So I know that everyone is talking about me and watching my next move closely, which makes me cautious of what I do next, because I have yet to prove myself. The main disadvantage  would have to be the fact that I have to struggle for everything that I do. I have to convince people 5 times more than other filmmakers to be part of my film.

Do you think film can be a tool for women to empower themselves and each other? If yes, how so?

Absolutely. Not just for women, but all of mankind. If there is a subject or an issue that one feels strongly about and believes in, then there is no better medium than film to make people understand the issue. I have always believed that film has no language, no country, no border. A film is just a film. With quicker and easier access to the Internet, the world has become smaller, and one voice can reach a million voices in no time. Films are like fuel to fire. A voice to the masses. Women can talk about their issues and come up with solutions that can be brought about only by the medium of films. So I think films can be a major tool for women to empower themselves and each other.

Can you talk about some of the new current/new projects that you're pursuing?

I am currently planning a feature about the coming of age story of a teenager. A boy who has a big imagination and what happens when his imagination and real life clash. It is a dark comedy about how life can still be full without having to be the coolest or the best looking person in class.