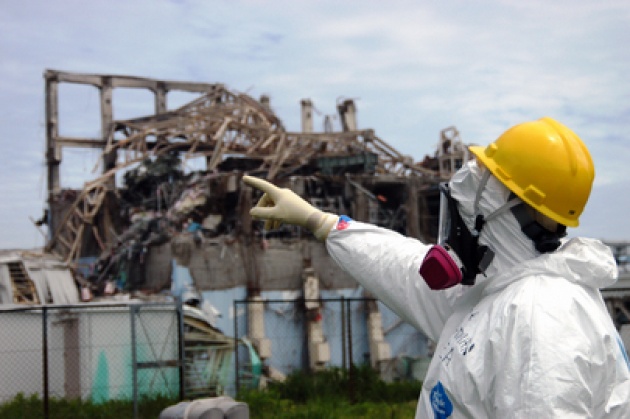 “Remarkably undamaged” is the description of the nuclear plant closest to the epicentre of the March 2011 earthquake/tsunami that struck Japan, according to a report delivered today by the United Nations nuclear watchdog, the IAEA. This is not the Fukushima plant though that was heavily damaged and leaked radiation into the ground, sea and air. The Onagawa Nuclear Power Station is 120 kilometres north of the Fukushima Daiichi nuclear power plant that was severely damaged during the seismic event, when the building housing the plant exploded and three of its nuclear reactors suffered a meltdown in what was reported to be the worst nuclear accident since the 1986 Chernobyl disaster. See Film Report – “Inside Nuclear Beast-Fukushima Japan”. A year later, a 19-kilometre exclusion zone still surrounds the disaster site. See our Blog for Film: “Japan Nuclear Effects on Globe, Region & Us!”. 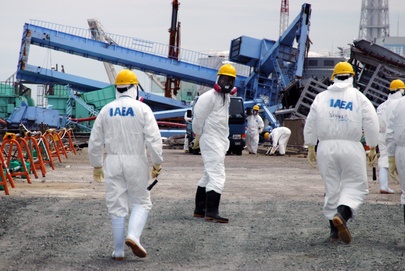 Japan is an energy hungry economy that is also desperate for more growth. It has been caught in stagnation now for more than two decades. Immediately after the Spring 2011 disaster, plants were shut down around the country and rolling blackouts were imposed impacting both industry productivity and consumers. Soon though the Japanese economy rebounded in what was termed the “tsunami bounce” by some. More energy was demanded, and nuclear plants around the country are being reactivated (especially as Japan faces consequences of Iran petroleum sanctions/boycott).

In the last quarter though Japan is also exhibiting a marked slowdown, and latest economic growth data released just this week (August 13, 2012) evidences a substantially more disappointing performance than projected (1.4% versus 2.5%). The global economic environment undoubtedly has had its impact. Nonetheless, we can expect pressure to grow upon Japan to fully reintegrate ins nuclear program as the country faces a cut-off of Iranian oil and greater demand for economic growth. 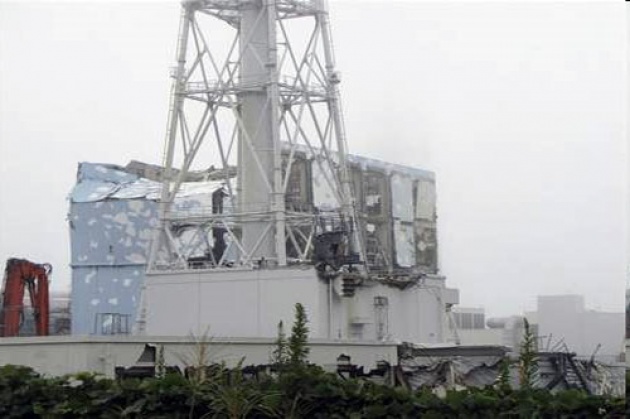 Why Less Damage to Nuclear Plant Closest to Epicenter:

“The structural elements of the NPS were remarkably undamaged given the magnitude of ground motion experienced and the duration and size of this great earthquake,” according to the draft report of an expert team of the International Atomic Energy Agency (IAEA), following its two-week mission to the Onagawa Nuclear Power Station.The IAEA mission's objective was to observe how safety structures, systems and components responded to the heavy shaking, which was not possible to study at Fukushima Daiichi because of the damage. Onagawa, facing the Pacific Ocean on Japan's north-east coast, experienced very high levels of ground shaking – among the strongest of any plant affected by the earthquake – and some flooding from the tsunami that followed, but was able to shut down safely, the IAEA said in a news release. 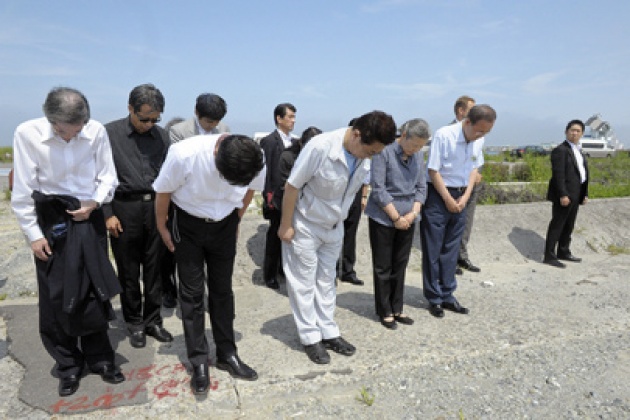 Findings from the visual investigation will be added to an IAEA database being compiled by its International Seismic Safety Centre (ISSC), as part of the IAEA's Action Plan on Nuclear Safety, endorsed by the Agency's Member States following the Fukushima Daiichi event.“Information in the data base will allow IAEA member states to measure the performance of their nuclear power plants in the face of external hazards,” the mission’s leader and head of the ISSC, Sujit Samaddar, said, adding that the Centre also sought data from Member States other than Japan.

Also See our Film for Blog Report: “Harlem to Japan”

All UN/IAEA Photos of Fukushima 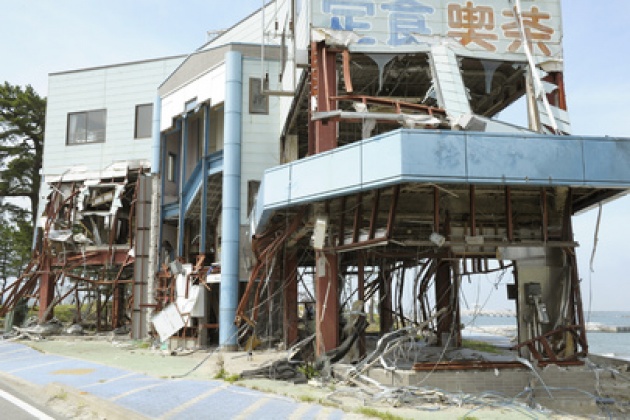 An IAEA team of international experts today delivered its initial report at the end of a two-week mission to gather information about the effects of the Great East Japan Earthquake on the Onagawa Nuclear Power Station (NPS), saying the plant was "remarkably undamaged".

Findings from the visual investigation will be added to an IAEA data base being compiled by its International Seismic Safety Centre (ISSC) to provide knowledge for Member States about the impact of external hazards on nuclear power plants.

Onagawa, facing the Pacific Ocean on Japan's north-east coast, was the nuclear power plant closest to the epicentre of the 11 March 2011 magnitude 9.0 earthquake that struck Japan and resulted in a devastating tsunami.

The plant experienced very high levels of ground shaking - among the strongest of any plant affected by the earthquake - and some flooding from the tsunami that followed, but was able to shut down safely.

In its draft report the team said that "the structural elements of the NPS were remarkably undamaged given the magnitude of ground motion experienced and the duration and size of this great earthquake".

The mission's objective was to observe how structures, systems and components with significance to the safety of the plant responded to the earthquake and heavy shaking. At the damaged Fukushima Daiichi NPS, nearly 120 km south of Onagawa NPS, the effects of the earthquake, tsunami and hydrogen explosions make it impossible to single out the impact of external hazards on safety-related parts of the power station.

The Government of Japan and the IAEA therefore agreed to deploy a mission to the three-unit Onagawa NPS. The team's 19 members from six countries, including IAEA staff, held discussions with the operators of the Onagawa power station, and reviewed logbooks and repair reports documented after the earthquake.

Presenting information collected by the team to the Japanese Government, the mission recommended that follow-up missions be conducted at Onagawa and reviews be conducted at other nuclear power plants in Japan that have experienced varying magnitudes of earthquakes.

"The data we are collecting will make an important contribution to improving safety," said Sujit Samaddar, mission leader and Head of the IAEA's ISSC. "Information in the database will allow IAEA Member States to measure the performance of their nuclear power plants in the face of external hazards. We are also seeking such data from Member States of the IAEA other than Japan."

"This is an initial step in a much longer process. The level of cooperation and frank sharing of information that we received from the staff at Onagawa NPS and its owners, the Tohoku Electric Power Company, sets a very good example," Samaddar said.