Is our country really an Independent state? 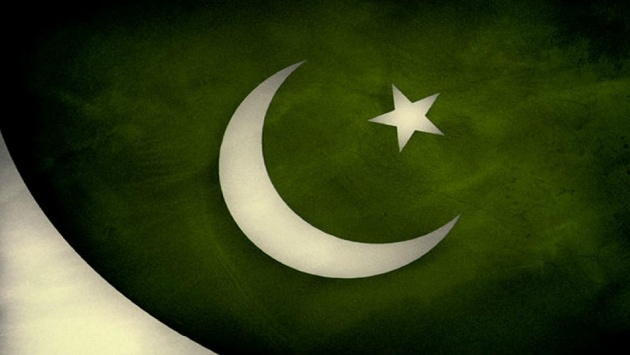 Photo; Made by me

1947, generally these are only four digits in looking but in actual there is a story of determination, spirit, martyrs, difficulties, grief, achieving goal, unity hidden inside it. Also it was the year which had been changed the dynamics and genetics of South Asia. Because no other can be known 1947 better than a Pakistani does. From children’s to elders, Men and Women, Sportsman to Business man, Civilian’s to Army all will exhibit you with their zest at peak when you ask what is 1997 meant to you? And why don’t they, because the fruit of independence and freedom they taste today is only happens due to the sacrifices and efforts of their forefathers. The connotation of dream saw by Iqbal conceiving the idea of a separate homeland. The dynamic leadership of Quaid e Azam Muhammad Ali Jinnah and his broad minded features, ceaseless struggles of Fatima Ali Jinnah, Liaquat Ali Khan, Aga Khan, Muhammad Ali Jauhar and all other Pakistan movement activists summed up in the face of separate and Independent state called “Pakistan”.

14 August 1947, the day when Pakistan miraculously appeared on the map of the world, also it made it crystal clear to the World that this newly born nation is insuppressible. In addition the separation of Pakistan from South India made the politics of sub-continent puzzle headed. However people willing to migrate from India to Pakistan made successfully possible to reached Pakistan after unforgettable pre-planned anarchy held by Indian Army.

And there comes the highly spirited founder Quaid-e-Azam Muhammad Ali Jinnah who although was in deep grief but he had something to say. At Karachi He added: "The objective of achieving a separate homeland is to practice our religion, rituals,customs freely according to our needs and let others also. You are free to go to your temples,Mosque, or any other place of worship it doesn't matter from which cast you belongs to, there is no discrimination you are equally citizens of Pakistan.

From Jinnah to present, Dictatorship & Democracy, debacle of East Pakistan, Zia ul Haq & Zulfiqar Ali Bhutto, Pakistan suffered a lot from its revolutionary changes which changed the face of its politics, social and economic values and left permanent marks on it. But the concern is that does today's Pakistan is same that of Jinnah’s time? I am sure you will become quite anxious about this concern and suddenly starts to think about East Pakistan which had been eliminated due to the serious issues over the sovereignty. After the occurrence of this incident, later Pakistan became nuclear power. Being the first Muslim nuclear country, It gives encouragement to the Muslim World and became a source of fraternity for other Muslim countries which are deprived from justice.
Today 15th August 1947, after 69 years of Independence the situation of Pakistan is no more different. It is determined that Independence of a country under democracy is as strong as plumb wall. Although Pakistan is ruled under democracy for last 8 years but still a sword on insecurity, conspiracy, terrorism, poverty is hanging over us. Why don't we overcome those nightmares of slavery? Do we really stand in the list of Independent countries? Here are the 10 reasons which will make you define that either we are an independent country or not:

1. Isn't our fate still depends on West and especially with U.S?

Getting freedom from the double yoke of British and Hindu domination wasn't easy, somehow we managed to get freedom from Britishers but our decisions are still shrunken to White House/Pentagon etc.
The foreign aid from several countries especially from U.S such as in form of USAID generates $80 billions, indicating that we are still in a shell created by others for us.

2. Second worst passport in the world

Well we haven't seen the name of Pakistan among the top of the list often, but surely this time because Pakistani passport ranked among the second worst in the world after Afghanistan who secured top position.

Being an atomic nation it is surprising to see that there are more than 11 crore people below the line of poverty.

11 September 2001, The tragedy of World Trade Center totally changed the destiny of Pakistan. What was looking right at that time is now become a source of embarrassment and we have paid more than 60,000 lives and still paying on regular basis due to the poor decisions of some morons. Whom we promoted as 'jihadist' at that time is now known as the Taliban commander, later they stated as the responsible for the tatter situation of North Waziristan.
5. Institution & its working
Institution and Administration, these are very simple in looking and meant nothing to us, but in actual the mark of identity for a Nation is "How its Institution works"?
The institutions and its administration of our country is examplinary, its working analogically and due to this illegal unnumbered people in Pakistan has provided C.N.I.C with no registration while common people stills stands day in, day out to reached NADRA to receive their deserved C.N.I.C without more wastage of time.

Rule of Law is the basic pillar and manifesto of progressive and Independent countries, No country can be developed without this, Rule and Law these are totally different words as far as our country is concerned. The meaning of Rule of law is that nobody can deprived from justice. Neither any powerful nor an ordinary man can be out of the circle of justice.
When it comes to our country, one can't be easily qualified for the assembly or the ruling seats if he/she hadn't serious accusations and charges on him.

From basic education to higher education, there is no two opinion about the fact that Pakistani education system is extremely poor and terrible as well. The syllabus which used to teach children is ancient, old and abrogated. Imagine how can be a syllabus of late 90's is reliable to teach children of 2016 without any kind of annulations.
This is the fruit that no Pakistani university is ranked among the top 1000 universities of the world.

In 1960, someone had said that:
"Pakistan will be the most civilized nation of the world"
I thought he was lied, today our character is as least as possible. The narrow mindedness affects our lives and lifestyles. It is the reason we love and support the one from which we can get benefits. Instead of getting agree with differences of each other, All we can do is to promote hatred against them.

Literacy rate for any country is most important and significant. Pakistan has one of the lowest literacy rates in the world. There are hundreds of reasons behind this, For example if children want to study, they can't due to the lack of resources and financial problems. With no policy from government on Educational reforms Pakistan has 61.1% literacy rate with least on female education.

The differences of caste, creed and religion puts behind almost 20 years. Honor killings, Women empowerment, sectarian killings etc are example of this.
Nobel award is become only a dream for us, lacking in contributions, technology and sports is an alarm for us to rise and think about overcomes.

The above mentioned reasons are totally based on facts and sad to say they are also not an identity of Independent nations. These are the basic problems of our country. The above reasons aren't all of them, Infact we have more issues and problems except these. It can only be overcome by encouraging the citizens and government, because it's a collective failure in which government holds responsibility more as they are ruling elite.

Therefore, It is almost a dream to think that government will do any reforms because the above mentioned problems are found more in our assemblies.