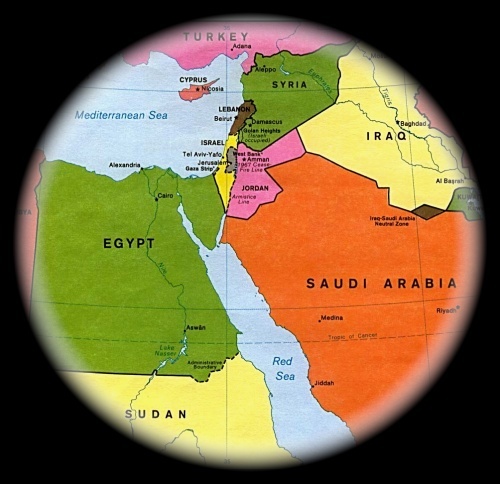 Israel’s Government has locked out UN Human Rights Council Commission of Inquiry, just like those appointed for Libya and now Syria, appointed to investigate alleged violations of Palestinian rights within the West Bank by expanding settlements. It is too easy for the Israeli Government to claim  that the UN is biased against it, but the impact upon the Palestinians is real in land still recognized as theirs under international law (regardless of the validity of the alleged violations). The vote in the Human Rights Council was also overwhelming 36 to 1 (US only voted “Against” with 10 “Abstentions”), with most democracies, not just those sympathetic to the Palestinian cause agreeing there was basis for further inquiry. See Blog for Video - “East Jerusalem-Higher Violence & More Settlements Says UN” - http://diplomaticallyincorrect.org/films/blog_post/east-jerusalem-higher-violence-more-settlements-un-security-council-told-by-ambassador-mo/43746

Because of Washington, Israel will most likely be able to avoid UN Security Council sanctions. However, the Netanyahu Government is squandering the opportunity to move forward with a more receptive process toward peace and many suspect employing the current change/revolutions as cover to solidify its hold on “occupied territories.”

Israel has to live in the neighborhood, regardless of how much land it controls. As old, stale orders are forced out of power, there is an opportunity for new thinking in Arab towns and capitals around the region. Israel has not indicated an openness to grasp this as opportunity but presents it more as threat. Both possibilities, opportunity and threat, are plausible, but the Netanyahu Government appears so narrow minded to make only threat a possibility.

As Israel fears Iran’s nuclear ambitions, and a dynamic political environment, it cannot hope to continue to advance its image as the only democracy in the region as new ones take seed, and also ignore the rule of law. Israel’s future ultimately rests upon the rule of law. See Blog for Video - “Palestine Bouncing Between Despair & Euphoria” -- http://diplomaticallyincorrect.org/films/blog_post/palestine-bouncing-between-despair-euphoria-by-ambassador-mo/42936