Today i am going to talk about another step by Israel that they denounces Swedish Plan and it's not good for peoples of Palestine.

JERUSALEM: Israel has described a plan by Sweden’s new center-left government to recognize the state of Palestine as being ill-considered in the absence of Middle East peace negotiations.Writing on Facebook, Lieberman also said he would summon the Swedish ambassador for a “conversation” at Israel’s Foreign Ministry in Jerusalem.

Swedish Prime Minister Stefan Lofven’s announced the move during his inaugural address to Stockholm’s parliament on Friday.Meanwhile Palestinian president Mahmoud Abbas said the Swedish announcement was “great and honorable” and he hoped other countries would follow suit, according to the official Palestinian news agency WAFA.

Israeli Foreign Minister Avigdor Lieberman on Sunday said Lofven had “hastened to make declarations … apparently before he could delve into the matter and understand it is the Palestinians who have constituted the obstacle to progress” in reaching a peace accord with Israel.Palestinians seek statehood in the Israeli-occupied West Bank, adjacent East Jerusalem and the blockaded Gaza Strip. They have sought to side-step stalled peace talks by lobbying foreign powers to recognize their sovereignty claim. 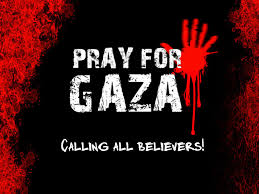 The U.N. General Assembly approved the de facto recognition of the state of Palestine in 2012 but the European Union and most EU countries have yet to give official recognition.In his speech Lofven said the Israeli-Palestinian conflict must be solved with a two-state solution, negotiated in accordance with international law.

“A two-state solution requires mutual recognition and a will to peaceful co-existence. Sweden will therefore recognize the state of Palestine,” said Lofven.

Israel says it wants to resume peace negotiations with Abbas but that he must dissolve a unity government formed with Hamas Islamists who control Gaza and preach the Jewish state’s destruction. Israel and Hamas have fought several wars, most recently over 51 days in July and August.Lieberman, a far-rightist in Prime Minister Benjamin Netanyahu’s conservative coalition government, called on Lofven “to focus on more burning problems in the region such as the daily mass-killings going on in Syria, Iraq and elsewhere”. -Reuters.

We all hope so that the peoples of Palestine should get their rights and should be freed by these israel's terrorism and Gaza should become a peaceful area and the peoples should live a life of comfort.