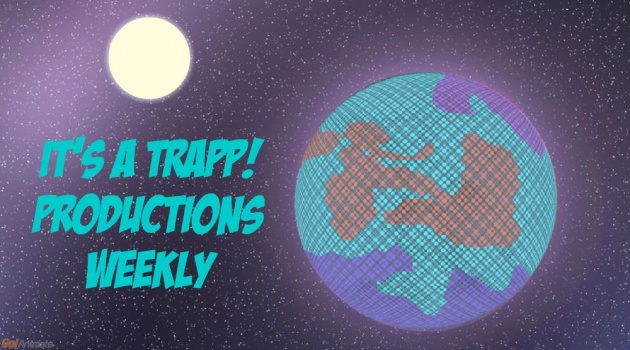 Hey guys, thought I'd try something new and a bit spontaneous at that!

I like keeping you guys informed on how my creative projects are going, but I've noticed for a while now that there's been some pretty huge gaps in between when I post updates. It's like months in between. And sometimes that's for good reason because, on occasion, it can take a while before I have something of substance to show you guys.

But I want to make things a bit more interactive here and really give you guys a glimpse into how detailed and thorough my projects can be. So with that said I've decided to make a weekly blog that showcases the, sometimes slow, process that I go through to bring my videos from concept to full on reality!

When we last left off in my other blogs, I had suffered a bit of hardware failure which slowed down the process on Emina Episode 12 and my other projects on their progress to being finished. I've since been able to replace the hardware in my computer, notably the hard drive, and go through the process of re-downloading certain programs that help make my creative projects possible.

With Ninja Steve, I do all of the voices for all of the male characters. And with the female characters I use the text-to-speech option GoAnimate makes available for those characters. This makes the process of making a Ninja Steve episode much faster since voice acting can be a very time consuming process, sometimes taking weeks or months for another voice actor to e-mail me their lines. But I like making these Ninja Steve episodes more about flash than substance, even though I do put in a lot of work in making them, but you can clearly see I've made more of these episodes than Space Opera.

Space Opera, and Emina on this same token, are bigger projects that take more work since more people are involved in them. I have other voice actors who voice the characters I'm not playing and I have a musical composer who creates the original music for each episode that I make. So those projects take a lot longer to put together since I'm not doing everything myself. But the result is all together bigger and grander than anything I could do on my own. I am so appreciative towards my crew for wanting to be a part of my crazy projects.

So I'm aiming to have the next Ninja Steve done in about a day or so, if I can work hard enough and fast enough on it, whereas Space Opera will probably take anywhere from a month to 2 months at the least, depending on my voice actors, my animating, and my music composer's work.

I'll be back next week hopefully with some early scenes on the next Space Opera, maybe some of your reactions to Ninja Steve, and perhaps even another project I've been working on!