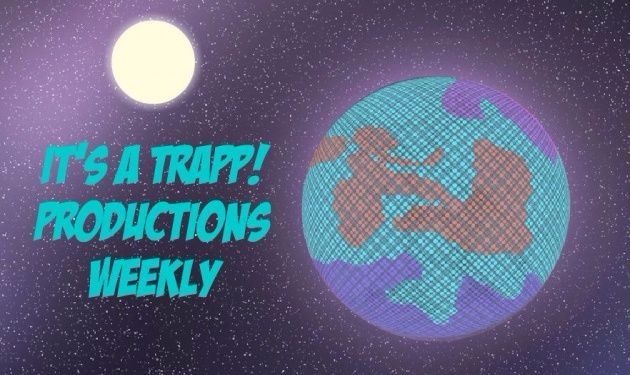 So in case you missed things, I uploaded a revamped version of my first GoAnimate series, Emina. I added new scenes, new dialog, and got the help of my good friend and musical collaborator, Melvyn Kalili, to come up with some new tunes for the first episode. And I believe the whole thing turned out great!

Thank you for those who watched and buzzed the video. I always appreciate your interest in my work and supporting my endeavors.

Episode 2 of the series will be uploaded here and elsewhere on the 29th of April and from then on out I'll be posting the revamps of Emina every other week until we get to where the series currently stops, which is Episode 12. That'll be a bittersweet day but you guys should at least enjoy the content because it is a BIG episode. It's slightly longer than a standard episode of cartoon television in the United States.

And of course, that won't be the end of my offerings. You guys will also get to see the new things I'm working on in Muvizu and you'll even get to see me speaking live on camera in between weekly postings. So get ready for a constant and consistent stream of content coming starting on the 29th. I'll be explaining the story of my projects, answering your questions, and definitely previewing things to come.

It's my hope to eventually get 10,000 subscribers here on BitLanders and eventually go beyond that. It would be amazing to get to something like 1,000,000 subscribers on my page, but we'll get to that all in due time. We're already halfway to 10,000 with the 5,400 of you that have already subscribed and I really appreciate that. I want to entertain you guys for a living, so all the support you give me will allow me to do that.

So that's all for now, I will see you guys again on the 29th of this month with Emina Episode 2 revamped and the first video of my new video blog series coming a week after that. Get your questions ready for me, and take care!