Last month, the fifth installment of the global blockbuster Jason Bourne movie series was released. After almost a decade, actor Matt Damon finally reprised his role as the elite CIA assassin who suffered a major memory disorder that somehow led to the events of the first three films of the film series. For those who are not aware, this is the fourth Jason Bourne movie of Matt Damon and the first titular title of the character.

Before moving on, let me first say that this post is not a movie review. I did enjoy watching the film and seeing Matt taking back the mantle of the character Jason is quite nostalgic. Let's just say that for me, Matt is born to play that specific role.

Anyway, I might write a review of Jason Bourne's latest movie installment sometime in the near future – but for now this post's content is a fictional one wherein the CIA assassin takes on or is pitted against other characters of the same calibre. I'm taking about MI6's James Bond, IMF's Ethan Hunt, etc…

Basically, this blog will highlight five spies whose movie (or film franchise) is equally popular in the big screen. So without further ado, let the spy battle begin. 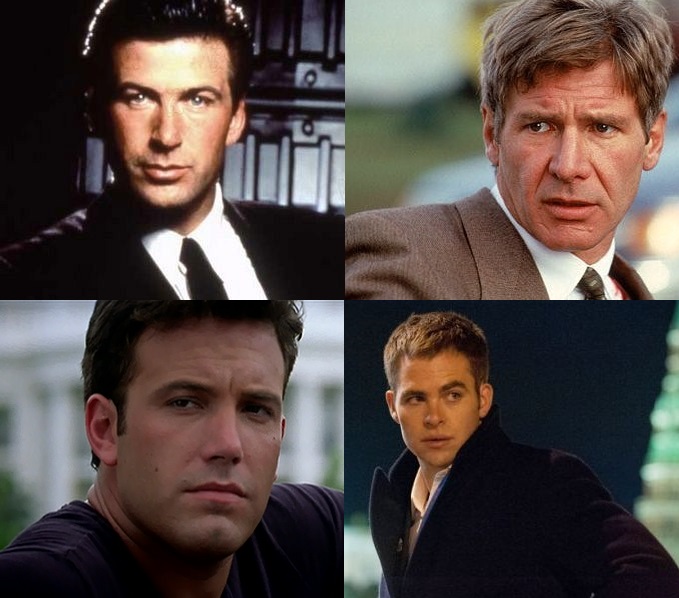 First in the showdown is Jack Ryan – a fictional character created by Tom Clancy who is also part of the CIA (Central Intelligence Agency). So far, there have been five movies that featured this CIA analyst. The character has been played by famous actors: Chris Pine, Alec Baldwin, Ben Affleck, and Harrison Ford (Ford took on the role of Jack Ryan in two films).

As mentioned, Jack is more of an analyst. Even though he did some covert operations, wrote counter-espionage tactics, and quickly rose to the ranks of the agency, his cup of tea is still that of being an analyst and preventing large scale terror attacks.

Having said this, a one on one battle between Jason Bourne and Jack Ryan is likely a one-sided victory for Jason. 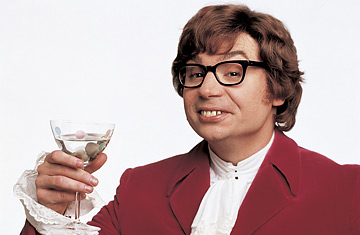 Wait! What? Whoa?! I know what you’re thinking what is the International Man of Mystery doing on this list? Well, we are talking about spies so it’s only natural for Dr. Evil’s arch-nemesis to be here.

Austin is played by actor Mike Myers in all three films. Although the franchise is of the comedic-side, it portrayed Austin as top class and capable spy (who also gets all the pretty ladies). Unfortunately, even though Austin accomplishes all his missions, his combat and fighting skill prowess are not highlighted.

If Bourne would take on Austin, the latter might win if he could overcome Jason with his (a) dance moves; (b) cool and hip tricks; or (c) blinding Jason with his mojo.

Winner: Jason Bourne (without a doubt)

Some readers may not be familiar who Johnny English is. He is actually the MI7 agent who is the main protagonist in the 2003 spy comedy movie “Johnny English”. The character is played by Rowan Atkinson (same actor who plays Mr. Bean). That alone should tell a lot about his chances of eliminating Jason Bourne.

Anyway, in case a drastic dose of bad luck befalls Jason during their match, it would be a lopsided win for Bourne.

Ok, it is time to get serious. Next on the list is a serious contender that has high chances of taking out Jason – and I’m talking about famous British spy James Bond.

James Bond is an MI6 agent who has been around for decades. Many actors have played the character of James Bond. As far as I can recall, for the last 54 years, there have been 26 Bond films and 7 actors who played British spy role.

As an MI6 agent, Bond is highly trained in espionage and is a weapons expert. He also has a wide assortment of high tech gadgets produced by Q to aid him in his missions. Lastly, even though James is a spy, he is also considered as an assassin. This means that there are instances wherein his mission involves taking out other people.

So the question now is can he take out Jason Bourne? First off, both are weapons expert so the two assassins are on equal footing there. Unfortunately, there are not many instances wherein the hand to hand combat of James has been showcased. In many of the Bond movies, there are always chasing – it’s either James is on the run or in pursuit. And once the British spy catches his target, it is normally followed by a quick kill thereby not really highlighting his skills with the fist but with the weapons.

Anyway, if Bond will be given a mission to hunt Jason, he could probably locate Bourne. However, he must eliminate Bourne with the first shot. Otherwise, Jason will be on to him, and it wouldn’t be a pretty site if he knows that you are trying to kill him. And if the situation is reversed (if Jason is assigned to kill Bond), he can probably do it.

Winner: High probability that it would be Jason

Finally, we have arrived to the last opponent. What we have here is another serious contender for Jason. I’m sure many readers are familiar with the name Ethan Hunt. Ethan is the main protagonist in all Mission Impossible films and played by actor Tom Cruise.

The Mission Impossible film series always revolves around the good guys given a highly difficult mission that is categorized as Impossible – hence the name IMF (Impossible Mission Force). Ethan is usually the designated leader of his unit and in all films, he always shows resiliency, skills, and the “never give up attitude”.

Ethan is also portrayed as a weapons expert, skilled in hand combat, a great perception and awareness of his surroundings, and always come out in situations that seems "impossible".

Just like James Bond, with careful planning, ideal. conditions, and the element of surprise, Ethan may take out Jason. However, once any of the three are missing, it would be impossible for him to get rid of Bourne if he missed bus first chance.

So again, that's winner here but with some stipulations would be Jason Bourne.

We are nearing the last portion of this blog. Again, this blog is purely fictional and inspired by how yours truly perceive each character based on their films. I'm sure some readers might disagree with some outcome — and that is cool. Let me just reiterate that Jason is portrayed as a ghost assassin, an invisible killer above anything else. Never in any of his films was it shown that he is working with a team or using any fancy gadgets to get things done. He gets his hands dirty and any person he targets ends up dead when we he wanted to.

James Bond on the other hand is a spy and only kills when the situation calls for it (unless he was pushed to do it, then he will do it swiftly and quickly). As for Ethan, let's just say that many of his accomplishments are done with a team. But while working alone, he runs off to some hindrances (evidence is when Jesus going after The Syndicate). As for Jack Ryan, Austin, and Johnny E., well let's just say that it would be better if they don't mess with Bourne.

Before ending, I would also like to think if other favorites could take out Jason. For instance, John Wick, Egsy (Kingsman), John Mclane (DieHard), Jack Teacher, etc... But oh well, that's for another post.

(Videos are from YouTube.com)

I just finished my first entry to the BitLanders Film Series. I featured Frozen, and wrote a short r…

Image Credit: Fox via Wikipedia "The Bond in the Boot" is episode two of season five of Bones, the f…