The movie was produced in 1996 , written and directed by "Cameron Crowe" . 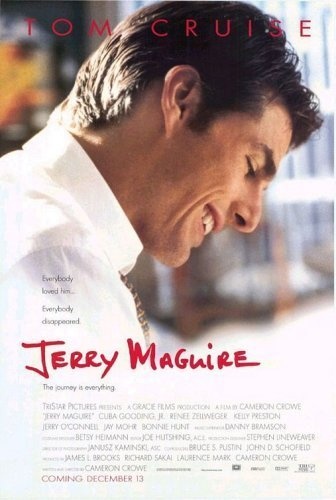 This movie is a comedy, drama, romance, sports and a money movie .

The movies's story is about a successful sports agent who is "Jerry Maguire" who has everything a man can dream about , he had the biggest clients , the money and the beautiful fiancee .

Suddenly , he lost everything , his fiancee refused his purpose , all his clients has broke up with him and he was fired from the company .

After that he decided to go all the way alone just with the only client who stayed with him who was "Rod Tidwell" and the workmate who believed in him who was "Dorothy Boyd" . 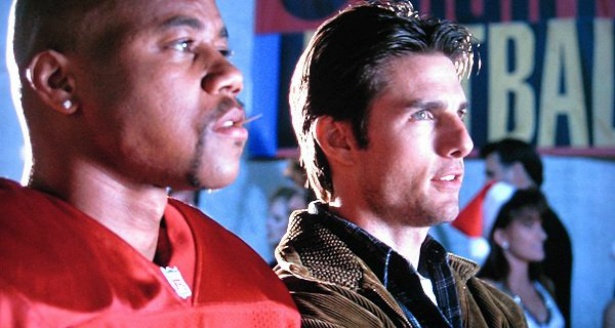 "Dorothy Boyd" who believed in him did that because she loved him and once she was talking with her sister and telling her about her feelings about him , he heard them .

So , after a little period of time they got married but he wasn't in love with her so , he left and give all what he had to his only client "Rod Tidwell" who was an American football player . 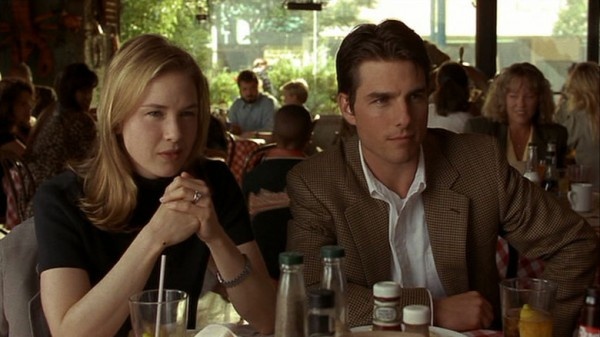 "Rod Tidwell" wasn't that kind of a professional player so , he wasn't earning a lot of money but , they both him and "Jerry Maguire" decided to work together till the end .

The moment came when the team that "Rod Tidwell" was playing for was down by two points from the opponent team and it's the last ten seconds of the game and he scored the three points winning goal but unfortunately , he fell unconscious .

Then , he woke up after some minutes with the hole crowd cheering his name and finally he became a professional worth player and his agent "Jerry Maguire" told the manager of the team that he has to pay more for him .

"Rod Tidwell" gained the fame and he was in a live television interview when he received a more than 10 million dollar contract from his team to renew his contract once more .

They reached their goal and their dream and after the match and the success that "Rod Tidwell" made he shared all of that with his wife when "Jerry Maguire" was watching and his feelings to "Dorothy Boyd" started to explode so , he returned back to her and she couldn't be mad at him and she forgave him immediately as she saw him . 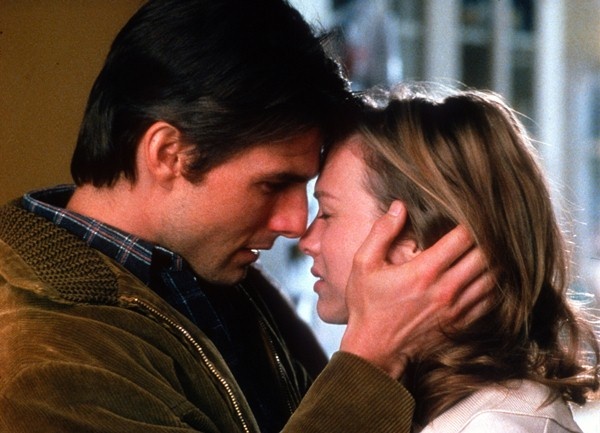