John Bonham – The greatest of all drummers 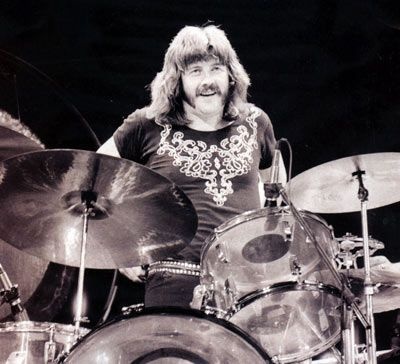 The master, the insignia and a pioneer in the world of heavy metal drumming was John Bonham. Born in the year 1948 as John Henry Bonham, had a flare for drumming from a very tender age. It was said that John has started banging the nearly all the flat surface available at his home with sticks so that he can replicate the music that he heard from his drumming idols. During his teenage years, John assisted his father at a construction company, but the desire of drumming never ended. During searching for bands to play in, John met Robert Plant who was an old friend of his and had performed together once in a band.

Several musicologists along with some renowned drummers of the modern age have always stated that the world will never be able to see another “BONZO” as he was the greatest of all. John Bonham captured the hearts of millions by his way of drumming. It was said that John used extreme heavy drumsticks, which was designed to batter the best of the best sounds. While drumming, Bonham even used muted cymbals.  During the concerts of Led Zeppelin, these cymbal mutes gave Bonham the chance of creating variation in his drumming. John Bonham mastered the art of using mute cymbals during concerts.

Mostly all the rock stars during the 70s era were unable to handle the fame they got and were inclined towards activities that proved to be fatal. This was even the case of with John Bonham. Bonzo got inclined towards heavy drinking and partying, which got out of his hands. The world of music and millions of fans got the shock of their life when John Bonham was found dead in his room. Autopsy report stated that he was choked to death in his sleep.

For all you metalheads out there

Getting excited for their first album!!…

Aaron Spears is one of the names that inspire million of drummers across the world. Even though Aaro…

Abe Laboriel Jr. – Classic and Funky drummer of the decade

There are drummers across the world, but only a few are stated to be on the funkier side. Out of all…

Charlie Watts – The legend of drumming

If you are a fan of Rolling Stones then you must be aware of Charlie Watts. The man with the magical…

THE SONGS OF LIBERTY

Music plays and played a very important role in the lives of American patriots throughout history. W…