Johnny Depp's 'Pirates of the Caribbean 5' Gets Great Reviews at CinemaCon!

I'm looking forward seeing the next installment of the Pirates of Caribbean, with the Johnny Depp in his probably the best role in a career, Jack Sparrow.

Before the Pirates of Caribbean franchise took his career to the next level, Johnny Depp was a relatively low key movie star taking unconventional and strange roles such as the Edward Scissorhands (1990) or Ed Wood ( 1994).

Take everything I write with a grain of salt and a bit of reserve, the subjectivity is what must me expected from a fan, right?

Pirates of the Caribbean made him an International superstar and earn him most of his fortune.

Orlando Bloom also returns as Will Turner, a bit  different and just a little scarier,  but still much appreciated.

In Dead Men Tell No Tales which is scheduled to air on May 26th across the USA, Captain Jack Sparrow searches for the trident of Poseidon.

Carina Smyth, Kaya Scodelario, who has a possession over a diary with clues that lead to the trident of Poseidon, will join Captain Jack in the search.

Kaya Scodelario is young but talented British actress with Italian and Brazilian roots known to us from the Maze Runner series and Wuthering Heights ( 2011).

During the movie we will also see a computer generated young jack Sparrow in the short past flashback, which I can personally say was done very good.

During that flashback we will witnessed Jack fighting a  notorious captain Salazar decades before. Now, Salazar is coming back in revenge finding Jack Sparrow in the unflattering condition.

Johnny‘s new movie was screened at CinemaCon and it received great reviews. You may see parts and bits of it in a video below.

The only worrisome thing is the actor's worsening physical appearance, but a movie will undoubtedly be the next success in the serial. 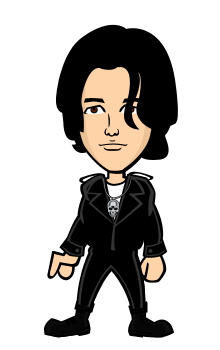