JohnnyAppl.com - Play and Plant Trees with the United Nations!

Play and Plant Trees is a game that was released a little over a week ago, on Earth Day - April 22, 2014. The game is hosted on www.johnnyappl.com and is in collaboration with the United Nations Convention to Combat Desertification (UNCCD) and the Eden Projects, which is an organization that plants trees in Haiti, Madagascar and Ethiopia.

I had the privilege of testing the earlier version, before the current beta version was released! This was an incredible opportunity and I was very honored and excited to test such an amazing new game and idea. I had been familiar with Freerice.com - something similar that also partners with the United Nations.

How you Can Participate

You can help participate in Play and Plant Trees by visiting www.johnnyappl.com right now! There is a variety of quizzes and topics to choose from. The website also has an interesting feature known as the "Carbon Meter". The goal is to keep your carbon meter neutral. The image below is an image of a carbon meter. Unfortunately, this meter has not scored any points yet. Once the user begins playing the game, minutes, hours and eventually days are added up! 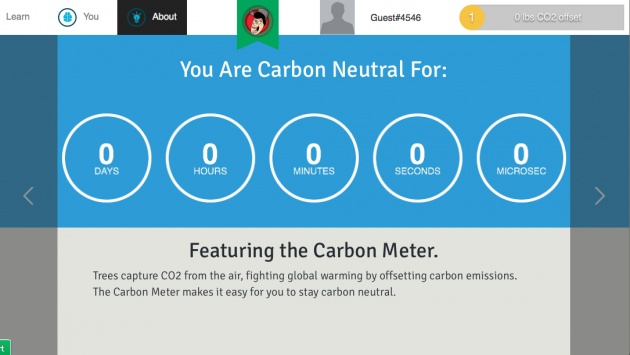 When you participate in Play and Plant Trees, you are not only making a gargantuan investment in yourself, but you are building a future and investing in someone else's life. You are helping put an end to Global Warming, drought and famine. This is a perfect example of QLF Incorporated's (Quantum Leap Foundation) idea of digital philanthropy.

To learn more about Play and Plant Trees, please visit