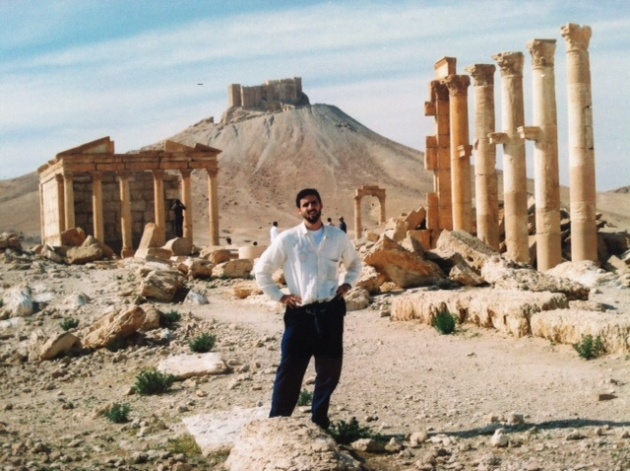 It has been a long time since I spent 10 fantastic days in your country, but I remember them like it was yesterday. In April of 2006 you welcomed me in your home like I was your relative, showing me some of the treasures your land holds. I remember my incredulity when I visited the ancient site of Hugarit, a city that was inhabited by 6,000 BC. I remember my astonishment while looking at the Roman ruins of Palmyra and the Roman Theatre in Bosra. I remember my disbelief standing in front of the Norias in Hama, water wheels built in ancient Byzantine times. I remember my admiration inside the Umayyad Mosque in Damascus, the fourth holiest place in the world for all Muslims. And I remember my speechlessness when I entered the fortified doors of the Qala'at al-Hosn (Krak des Chevaliers) and the Citadel of Salah Ed-Din, mighty castles erected by the Crusaders in the 12th century. I still have chills thinking about those days. 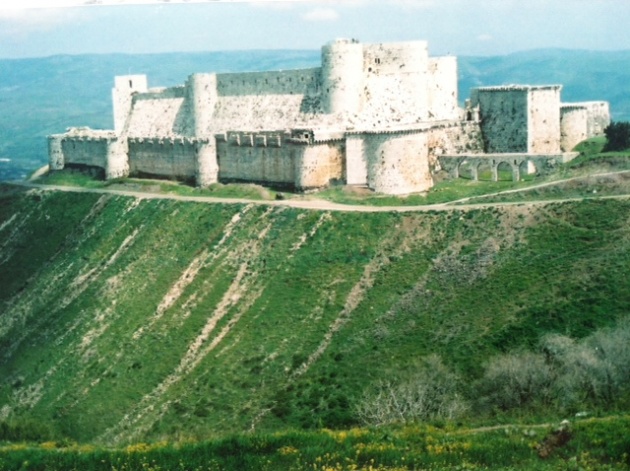 The richness of your culture is extraordinary. How many countries in the world can prove Phoenician, Sumerian, Assyrian, Babylonian, Hittite, Persian, Macedonian, Greek, Roman, Byzantine, Umayyad, Abbasid, Hamdanid, Mamluk, Timurid and Ottoman heritages at the same time? It's astonishing. The above monuments I visited seven years ago - all of which listed as UNESCO World Heritage Sites - go back to five different times in Syrian history, and reflect the greatness of five different civilizations. You are the byproduct of a unique combination of cultures, which shaped the legacy upon which your society is built today. Each of them had their important place in the history of mankind, and made you who you are now. Considering how many magnificent leaders have passed through your land, it's an understatement to say that you should be proud of your cultural patrimony. 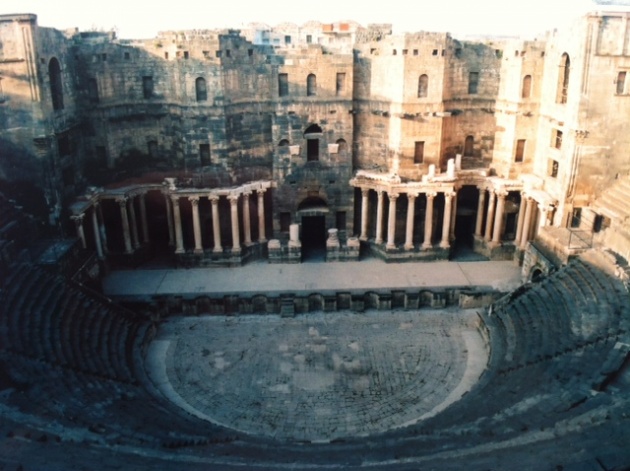 What happened in March 2011 would change your lives forever, after civil demonstrations turned into a full-blown civil war. I have my beliefs regarding the Syrian uprising. However, I lack essential specific knowledge of all the events that brought your country to this point, so I'm not in the position to be openly judgemental. Furthermore, for lack of reliable sources, I can't say that I am fully aware of everything that has been truly going on during the last 30 months, and because of this, I'm not here to publicly side with one part or another. The intention of this letter is appeal to the entire population of Syria, currently fractured by hatred: please, stop the massacre. You have the fortune of descending from so many great past civilizations that it's even hard to list them. Please, go back to your origins and find a peaceful solution to your conflict. Most countries in the world lack the experience you have earned in thousands of years of history. You have lived through even tougher situations. Please, go along with the Syrian playbook: look back on the lessons you've learned from your ancestors, and stop fighting. 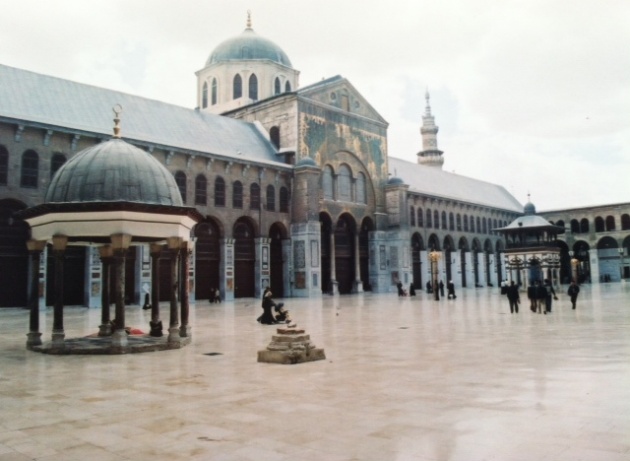 I can't stop the violence. I can't protect you from events you never asked for, and I can't provide you with logistic support. I can't even send humanitarian aid, or prevent anybody from using force to obtain what they want. I don't have the power to avoid the loss of innocent people. I can't prevent parents from losing their children and children from becoming orphans. And I certainly don't have the authority to force some people to sit down, put their pride aside, and start using their minds instead of their impulsivity. However, I have a computer, and I sure can utilize the power of social media network strategies to make the public opinion more aware about your situation, and eventually provide you and your families with more concrete support. I do believe that writing social media blogs can trigger a domino-effect powerful enough to reach those people who are in charge of changing the situation, eventually motivating them to take action toward the right direction. Sharing on social media is what I can do to stop the war, and social media campaigns are my weapon of choice to fight against the ruthless implementation of unjustified terror tactics and indiscriminate violence. This is a crucial moment in the conflict. Right now we can't open a newspaper or turn on the television without bumping into what's going on inside - and outside - your country, and we can't turn a blind eye to the situation. We have a moral obligation to your people and your heritage to try and do what we can to help. I encourage more people around the world to join me in the search for a peaceful solution of this conflict. Let's make our voices louder. Let's make our prayers more influential. Let's petition for an immediate suspension of all hostilities. 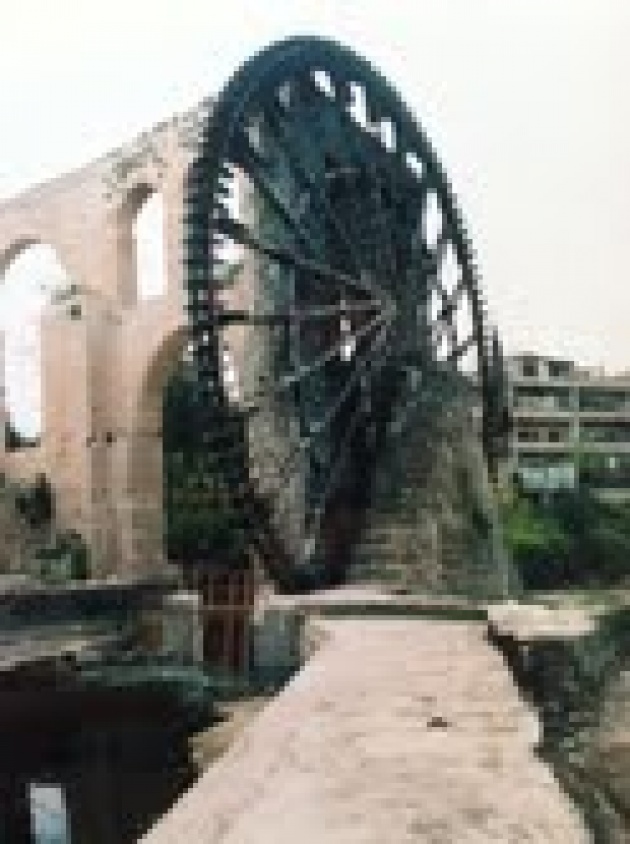 The integrity of some of the monuments in your country I had the fortune to visit in 2006 is gone forever. Despite UNESCO's repeated appeals to the international community, priceless pieces of your heritage continue to be damaged or destroyed. More importantly, it is estimated that more than 105,000 individuals have lost their lives since the beginning of the conflict. That's how many people can fit in the Azteca Stadium in Mexico City, for God's sake. They were your mothers and fathers, brothers and sisters, sons and daughters. I wonder how many of the Syrians I met on that trip have been affected by the war, and how many had to leave their homeland because of it. I wonder how many have been directly involved on the front line, and how many have been hurt, or worse. During my stay, anywhere I went I was impressed by the tremendous kindness and generosity of your fellow citizens, and their cultural pride and integrity. I remember being welcomed with remarkable warmth, giving a new meaning to term hospitality. I remember being invited for tea countless times, often in the most unexpected circumstances. I remember being engaged in stimulating conversations, always triggered by simple curiosity, and never judgmental. Many words are echoing in my mind right now, and many faces are passing in front of my eyes. And I don't even know whether or not they're still alive.

It's a critical time in your present, we all have heard about it on the news. I'm hopeful that the wisdom from your glorious past will suddenly reach the minds of the individuals in the position to change the situation - all of them - and push the events toward a peaceful resolution. No matter how many mistakes people make in their lives, it's never too late to try and fix them, showing that humbleness can actually be a powerful weapon in the arsenal of a true leader.