The Chinese shuffle is in full force and yet another change has been made. Invictus Gaming is looking to finalize its roster for the upcoming months and has dropped offlaner June, leaving a spot vacant. Speculations are running high as to who will replace him, Faith being a top favorite.

Chinese offlaner June has announced on his Weibo that he has been removed from Invictus Gaming and is thus a free agent for now, leaving iG with a four man roster for now.

June's statement on Weibo, translation provided by Edooley:
"I have learned a great deal in the half year I spent with IG. 430's top solo play, his pacing of the game and in-game commands; Chuan's holistic view of the game and his understanding of support play; Luo's analysis and Chisbug's efforts have all nurtured me. Although I am sad that I was kicked, I truly wish them good luck. I hope the combination of mom and dad, (430 is mom, Burning is dad) will achieve TI glory. Gold will always shine, I will give it my all at the next stop on my professional journey."

It's been speculated for weeks that LGD-Gaming's Faith is set to return to iG, in fact there are alreadyrumors about his replacements. Another engagement for the Chinese with his former teammates seems even more likely now.

Invictus Gaming is close to finalizing its roster for the upcoming months, having just signed former Big God player BurNing just a few days ago. 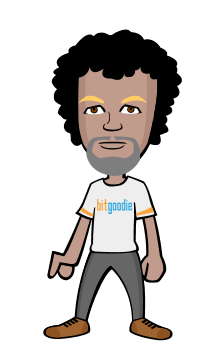 Sunflower's flower is yellow. This demonstrates is that the Sun is in that direction, where is this …

On his stream, Luo 'Luo' Yinqi has confirmed that Xu 'BurNIng' Zhi Lei is set to IG. Official statem…

June, July the hottest weathers of every year. In these seasons people tired a lot due to hot weathe…

A House on a Fire

It was the month of June. It was mid night time. I was sleeping on the roof of my house. I heard the…