Good day Bitlanders! Time for another movie review! This movie had a LOT of hype up to it's release. Did it live up to the hype? Can anything really live up to the classic first Jurassic Park movie or the novel itself, a masterpiece by Michael Crichton? Let's find out!

This movie is a sci fi adventure film. 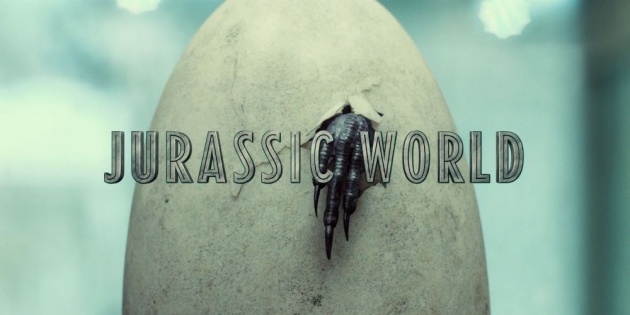 Set 22 years after the events of Jurassic Park on the same island, Isla Nublar, Jurassic World opens with brothers Zach and Grey Mitchell visiting the islands new theme park called "Jurassic World" which has at this point been operational for quite some time. Simon Masrani, the sites current owner, encourages geneticist Dr. Henry Wu to create a new hybrid dinosaur in the hopes of attracting new visitors to the park.

The two brothers meet their aunt, Claire Dearing, who is the parks operational manager. Claire, being busy running the park, assigns her assistant Zara to look after and be the guide for her nephews, but the two brothers evade her easily and begin to explore on their own. 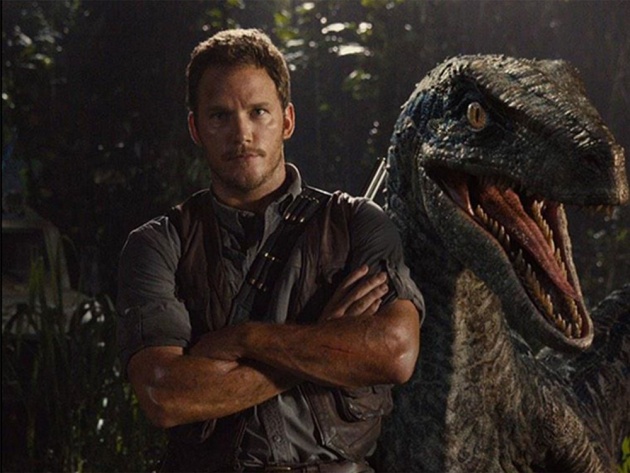 Elsewhere, the parks raptor expert Owen Grady has been doing research on the intelligence of the parks four velociraptors. The InGen Security chief, Vic Hoskins, thinks the raptors should be trained for military combat despite protests from both Owen and his assistant Barry. Masrani has Owen evaluate the enclosure for the parks newest attraction [the hybrid dino] called Idominus Rex.

Owen is wary of it, warning Claire that the dinosaur has been raised in isolation and lacks social skills with other dinosaurs, and the dangers that may pose.  When they find the hybrid dinosaur seems to have escaped it's enclosure, Owen and two others enter to check it out. 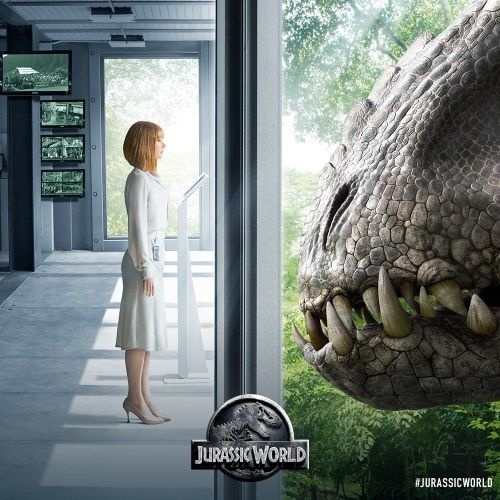 Able to camoflauge itself as well as hide it's heat signature, the Idominus Rex suddenly appears and eats both of the people who went into the enclosure with Owen, before escaping the enclosure entirely.

Owen says the hybrid dinosaur should be killed, but Masrani sends a specialized non lethal unit instead, wanting to preserve the asset.

After most of the special unit is killed, Claire orders the evacuation of the northern most portion of the island. 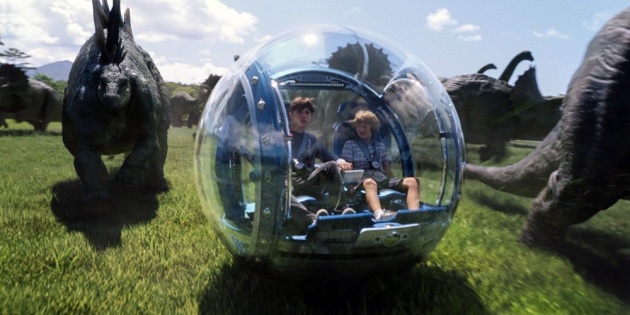 Still exploring the park unattended, siblings Zach and Gray are in a gyrosphere ride when they enter a restricted area of the park. The Idominus appears and destroys their gyrospher, but the boys manage to escape fleeing into the ruins of the original Jurassic Park visitor center.

There, the two repair an old 1992 Jeep and drive back to the park resort.

Claire and Owen search for the boys, but encounter the Indominus and barely escape with their lives.

Masrani attempts to hunt the Indominus with helicopters, but the hybrid dino breaks into the parks aviary to evade gunfire and releases a flock of pterosaurs in the process. The flock collides with the helicopter killing Masrani.

The pterosaurs then proceed to attack the resort itself. In the chaos that follows, Zara is picked up by a pterosaur  before falling into the parks lagoon and being eaten by the Mosasaurus that lives there. 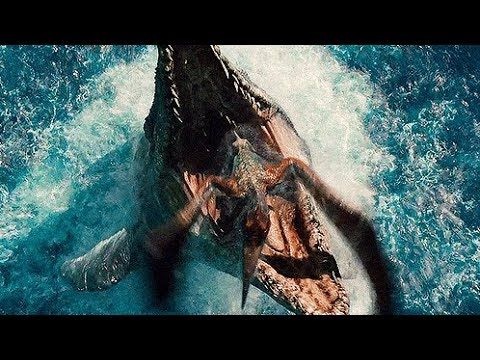 Gray and Zach find Owen and Claire at the resort as armed personnel tranquilize the pterosaurs.

Hoskins, assuming command after the death of Masrani, orders that the raptors should be used to track Indominus. Owen is forced to accept this and release the raptors. Upon finding the hybrid dinosaur, they witness the raptors communicating with the Indominus Rex, and Owen realizes the hybrid has raptor DNA and has therefore become the new alpha of the raptors, taking that role away from Owen. The Indominus escapes and the raptors hunt down and kill most of the team.

Meanwhile Hoskins arranges for Dr. Wu to leave by helicopter with the dinosaur embryos, to protect his research. Owen, Claire and the boys find Hoskins at the lab, with more staff packing up the remaining embryos. Hoskins reveals his plans to create more hybrid dinosaurs like Indominus to use as superweapons, but a raptor breaks into the lab and mauls him to death.

Owen manages to re establish his bond and role as alpha with the raptors before Indominus appears, and the raptors attack the hybrid dino. 3 of the 4 raptors are killed in the process. Claire lures the parks Tyrannosaurs Rex into a battle with the Indominus.

The two dinosaurs fight, with Indominus gaining the upper ground, until the remaining raptor, Blue, joins the fight. Finally cornered, the Indominus backs up into the lagoon, where the Mosasaurus leaps out and drags the hybrid dino underwater.

The T.Rex retreats, as does the lone raptor, who turns to acknowledge Owen before departing.

Isla Nubar is abandoned once more to the dinosaurs, and the remaining survivors are safely evacuated to the mainland.

As a HUGE fan of the classic Jurassic World movie and novel...I knew I was going to be pretty critical of this film going in.  Although parts of the movie were fun, I found it overall pretty predictable and boring. 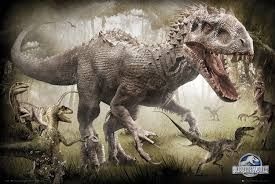 The hybrid dino was maybe my least favourite aspect of the movie..which is too bad because according to the creators it was a big theme of the movie overall.

As director Colin Trevorrow put it, the dinosaur was..

..meant to embody [humanity] worst tendencies. We're surrounded by wonder and yet we want more, and we want it bigger, faster, louder, better. And in the world of the movie, the animal is designed based on a series of corporate focus groups.

And in that regard it really did. Perhaps it was more how the other characters in the movie reacted to this hybrid dinosaur. The fact that Owen and friends fell for the Indominus suddenly disappearing from it's enclosure and not considering the DNA it was given and the potential qualities as a result [ those being camoflauge and heat signature hiding]

These people work with dangerous prehistoric creatures all the time! You bred a dinosaur to have new unique qualities. As a result you should have been ready for anything since anything was what you wanted as a result of genetic splicing. 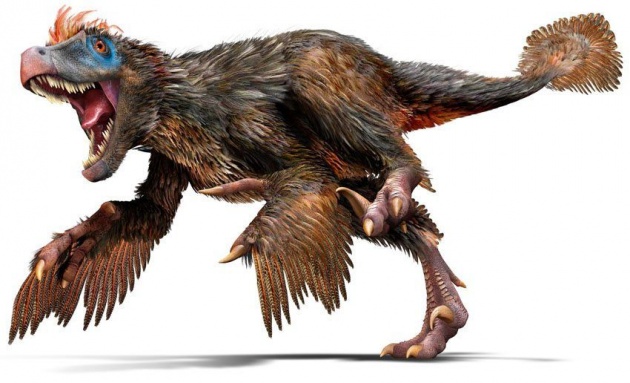 It's pretty common knowledge at this point that most dinosaurs were probably feathered, as opposed to being so lizardlike. So, I was a bit disappointed that this franchise had the opportunity to make the dinosaurs more realistic..after all this was a new park with new dinosaurs...and opted to stay with the tried and true [and inaccurate] lizard dinosaurs. I think I would have enjoyed this movie much more if they had explored the new discoveries in paleontology. 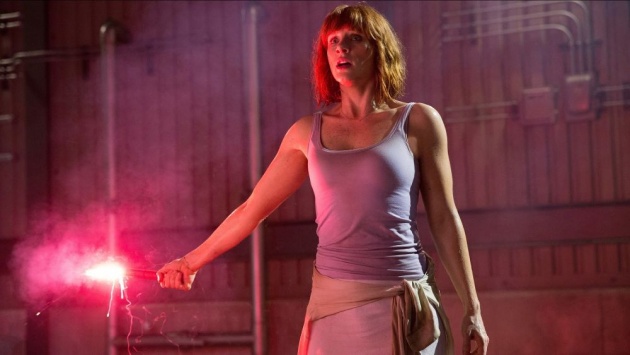 Of course, we are talking about a dinosaur park, I know, I know, but there were parts of this movie that felt very unrealistic to me, mostly concerning the staff of the park.

I loathed the iconic scene were Clair is baiting the T. Rex with a flare...in heels...yes she somehow outruns a T. Rex....IN HEELS.

Owen is portrayed as the most careful and mindful of all the cast, but he still falls for the hybrid's trick to escape the enclosure AND doesn't consider the fact that the Indominus has raptor DNA before allowing the raptors to be used to track it.

Somehow young unattended children are able to get into restricted areas of the park. If this park as been operational for years, where are the staff who would be watching these restricted areas or monitoring them? Seems a bit ridiculous that two kids could get so lost in a theme park that's been successful for many years [which I assume means no one has gotten lost of eaten at least not at a very high rate] 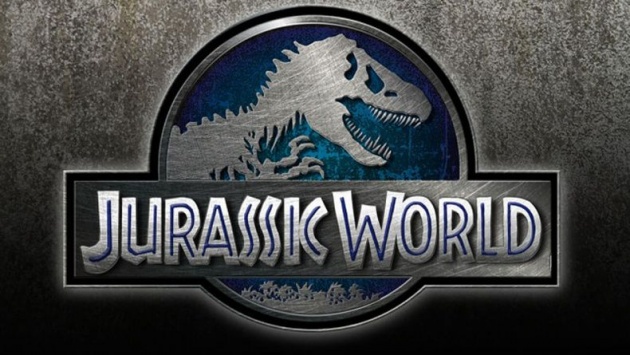 I'm being VERY harsh on this one and giving it a 3.5/5. As much as I enjoyed it overall, I was definitley not impressed by what they did vs what they could have done. Give me feathered dinos!!

Rotten Tomatoes gave this movie a 71%  and had this to say:

Jurassic World can't match the original for sheer inventiveness and impact, but it works on it's own right as an entertaining--and visually dazzling-- popcorn theatre

What did you think? Did you like Jurassic World? Or did you feel like it didn't live up to the hype? Let me know in the comments and thank you so much for reading my movie review!