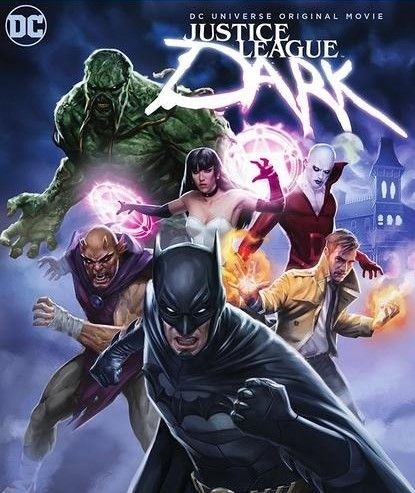 The Justice League is DC Universe’s most powerful and valued characters and superhero-team, kinda like Marvel Avengers in MCU. Justice league are the first line of earth’s defence against all enemies, domestics, extra-terrestrial supernatural and inter-dimensional, imagine adding demons into the mix. This is the birth of Justice League Dark. 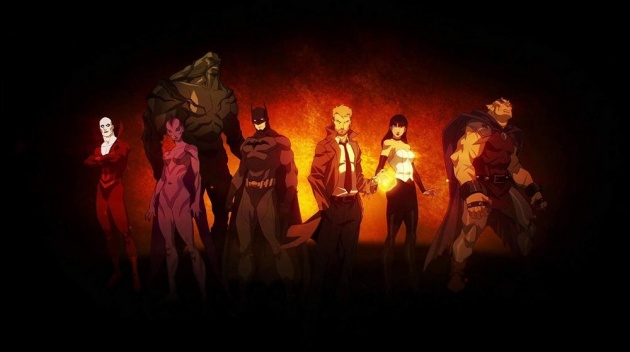 The DC’s Universe has many superheroes, but these superheroes make up the Justice League, Superman, Batman, Flash, Green Arrow, Wonder-Woman, Green Lantern, Aquaman and Martian Man Hunter The members always remain the same. When demons are involved, you need a specialist in the mix-John Constantine.

The trailer begins with a man sitting down and writing, on his table is a plate and a cup. A shadow, like a creature with a ring on his finger, pocked into the mans’ brain. 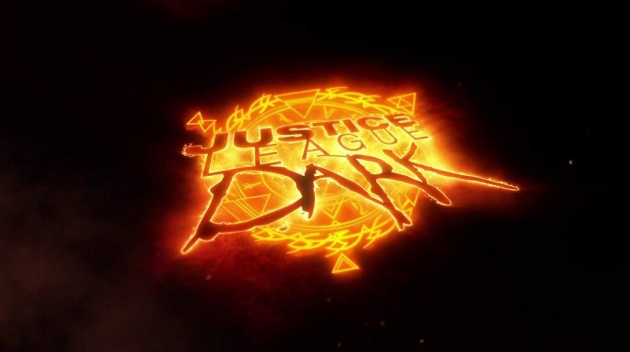 Next was a footage showing demons charging at a lady in a car, soon after a policeman screaming

It is an epic trailer that would leave you wanting to know more and how events took a turn from good to bad. We all know, magic is Big Blues’ weakness and most of the league members, with the except Aqua-man and Wonder Woman.

Justice League Dark is based on the DC’s comics created by Peter Milligan  and Mike Janin. The animated movie was Directed by Jay Oliva and writer Ernie Altbacker. 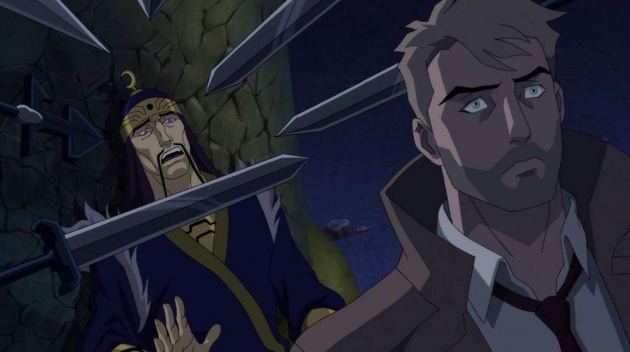 The animated movie fall in the category of Action & Adventure, Animation, Science Fiction & Horror, being produced by Warner Brothers Picture in the year 2017 February 7th.  It runs for 1 hour 15 minutes and 59 seconds,  action-packed and mystery. 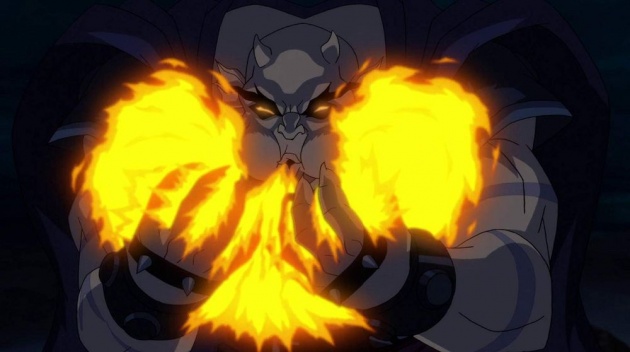 Justice League comprises of superheroes with superpowers with the exception of Batman Bruce Wayne who is a mere human. Bruce Wayne, a playboy by day and Gotham crime fighter by night who goes by the name Batman.

Whenever humans are facing threats from other humans, other supers, or even inter-dimensional beings, the Justice League fly in for the rescue for the day, however, when the threats are magical in nature, you may need a specialist to help make matters simple, the anti-hero Constantine 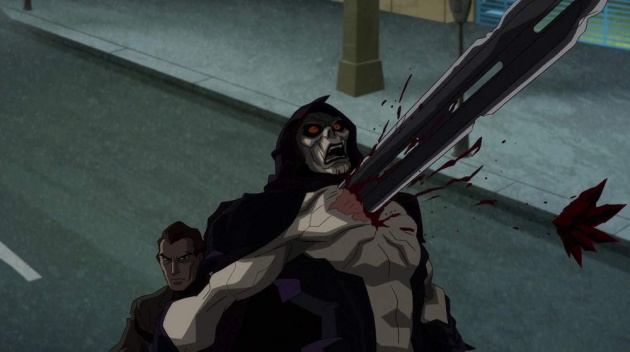 Magic is among Big-Blue scout weakness, this means Superman may not be useful during the rescue. Other members of the league may not be of help when it comes to magic and especially when normal citizens are in the mix.

John Constantine, The prevailer of the dark arts. He was addressed by Jason Blood as

John Constantine, the man who perfected the bad idea

Few citizens all over the world start reporting seeing horrifying demons instead of their fellow friends and loved ones. 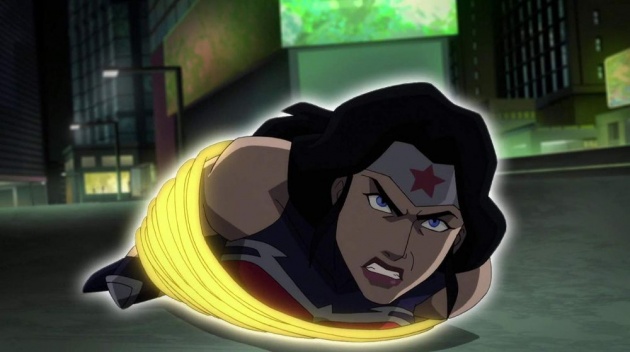 This however led to dark and horrifying crimes been committed by law-abiding citizens with no prior criminal or mental health records.

Batman was visited by Boston Brand/Deadman (voiced by Nicholas Turturro) where he wrote the name John Constantine on the walls of Batman Bathroom and home. 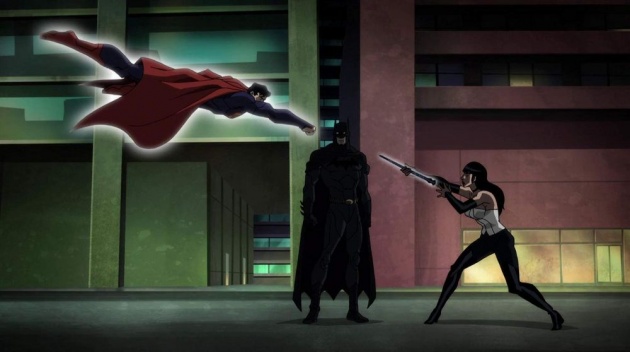 Batman sought the help of Zatanna (voiced by Camilla Luddington) who was once in a relationship with John Constantine. Batman, Zatanna, Boston Brand and John Constantine form the main team for the Justice league Dark to fight Ritchie Simpson (voiced by Jeremy Davies) who was been  whispered sweet nonsense by Destiny.

Back at John Constantine house of mystery, John never wanted to team up with the team,

Boston do I strike you as a team player, much less a team leader, the point is, even deities can get it wrong. It’s how we get the appendix, Neanderthals and reality TV

This, however, becomes the official main team of Justice league dark. Though Batman forms the team, he became a secondary character since it involves magic and the realm of supernatural. It is an area Batman has no speciality and special powers to combat evil or dark magic.

Unravelling the world of magic, angels and demons is the speciality of the occultic Detector-John Constantine.

Am sure this animated movie will not be an action blockbuster without Matt Ryan. There are dozens of amazing scenes that cannot be overlooked in the animated movie. The fight between Constantine and Felix Faust having a throw down with Zatanna, Etrigan and Batman in the mix. It was an awesome fight in the movie. 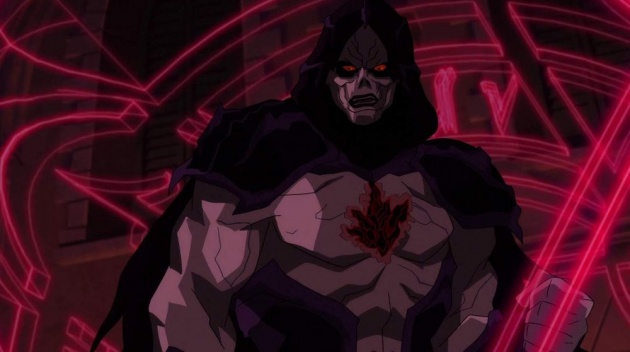 Although capes are not compactable,  comfortable against magic and demons, the Big bat put up quite a fight while they while trying to subdue Felix Faust in his sanctum where women are not allowed to speak.

Zatanna, born with pure magic and the daughter of Giovanni John Zatara a true stage performer and real magician, put up a better fight with Felix Faust, a dark wizard.

The amazing thing about Justice League Dark is how the actions scenes are connected, from John Constantine in a casino with Jason Blood (the man who has a demon actually trapped in him), to the visit of Deadman/Boston Brand, meeting Zatanna and the house of mystery. 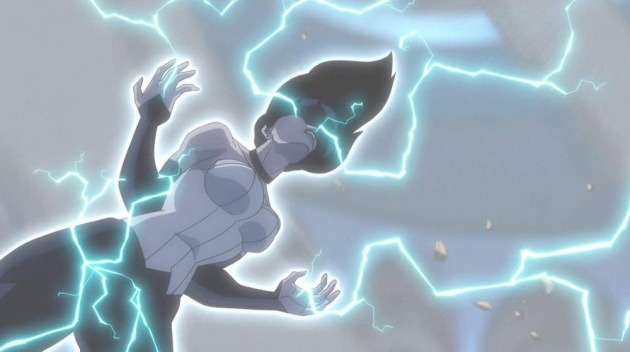 John Constantine became the centre of the movie as he and Zatanna unravel the supernatural course that befell ordinary people with no prior criminal or mental cases.

It soon became aware that it’s all the work of  Destiny who century ago had a running with the great wizard Merlin. Merlin the wizard that bond Etrigan with Jason Blood a knight of Camelot. A knight tasked with stopping Destiny on one of his adventure of killing rampage.

My Thought about Justice League Dark

First and always, I’m a movie junky. I love watching movies, and animations. I enjoyed Justice League Dark for its action scenes, humour and introducing John Constantine into the Justice League team is a glorious move.

This is a big help, almost like having Doctor Steven strange among the Avengers. It is the best move for Dc’s Universe keeping up with competitions like the  Marvel Cinematic Universe.

Well when it comes to Dc’s animation, they always give us the run for our money and time, but not so sure of their movies. But in time, maybe they can come up with thrilling and breathtaking action films of DC’s characters that we love.