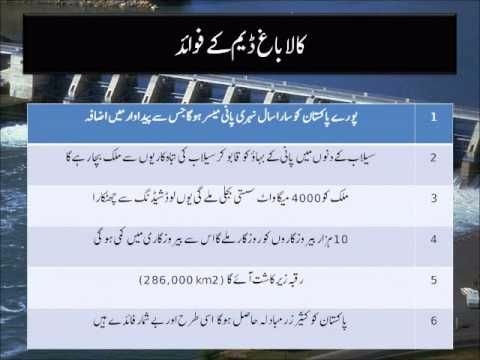 The Kalabagh Dam (Urdu: کالا باغ ڈيم‎), is a proposed hydroelectric dam on the Indus River at Kalabagh in the Mianwali District of Punjab Province in Pakistan. Intensely debated and deemed a necessity since its inception, if constructed the dam would have 3,600 megawatts (4,800,000 hp) of electricity generation capacity

In December 2004, then President of Pakistan General Pervez Musharraf, announced that he would build the dam to serve the larger interest of Pakistan. However, on 26 May 2008, the Federal Minister for Water and Power of Pakistan, Raja Pervez Ashraf, said that the "Kalabagh Dam would not be constructed" and that the project had been cancelled due to "opposition from Khyber Pakhtunkhwa, Sindh and other stakeholders, the project was no longer feasible".[2] In 2010 after the worst floods in Pakistani history, the Prime Minister of Pakistan, Yousaf Raza Gilani, stated flood damage would be minimised if the Kalabagh Dam were built.

Bashir A. Malik, former chief technical advisor to the United Nations and World Bank, said, "Sindh and Pakhtunkhwah would become drought areas in the years to come if Kalabagh Dam was not built."[4] At the same time, former KP Chief Minister Shamsul Mulk has stated that the "Kalabagh Dam would be helpful in erasing poverty from Khyber-Pakhtunkhwa, as it would irrigate 800,000 acres of cultivable land that is located 100–150 feet above the level of River Indus."[5] The Kalabagh Dam would provide 6.5 million acre feet of water to cultivate seven million acres of currently barren land in addition to the 3,600 megawatts (4,800,000 hp) of electricity it would provide.[6] In response to the push towards side-lining Kalabagh altogether in favour of the rival Basha Dam project, Engineer Anwer Khurshid stated that "Basha Dam is no substitute for Kalabagh Dam, not because of its altitude, which is high enough, but because no irrigation canals can be taken out from it because of the hilly terrain." 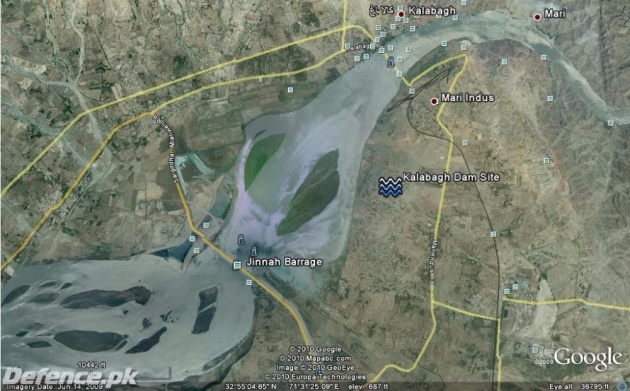 Conversely, former Water and Power Development Authority (WAPDA) Chief Engineer, Engr. Shahr-i-Yar Khan has claimed that construction of the Kalabagh Dam is not suitable for Khyber Pakhtunkhwa and will involve significant fiscal waste when compared to the many other suitable sites for proposed dams on the Indus River. Shahr-i-Yar Khan, who has trained abroad and served in various positions at the WAPDA, highlighted various issues related to construction of the dam, stating that it would have a number of adverse effects on the generation capabilities of the Barotha power complex. 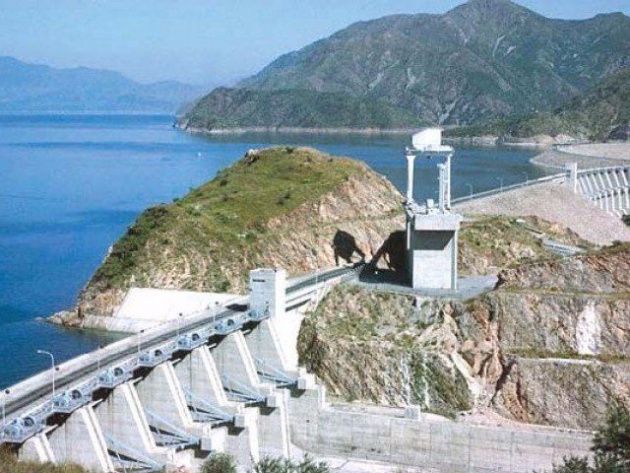