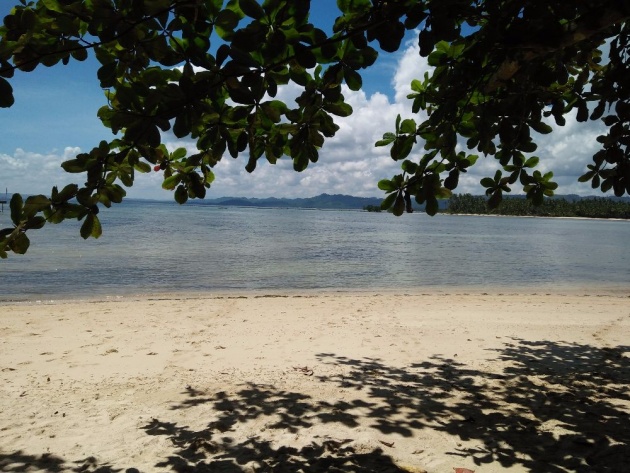 It has been a long time since the last time I went to the beach. I missed it going there. When I was still a kid, I remembered that every time we go to the beach, I would really jump straight to the waters right after going down from the car. And I would stop in the afternoon or evening when it is already time to go home. HAHA! That’s how I loved beaches before. :) But when I was growing up, we had less and less time to go to the beach because everyone's getting busy and also because, I am growing up, I tend to be more conscious about getting sunburns afterwards. But, I MISSED THE BEACH SO MUCH! 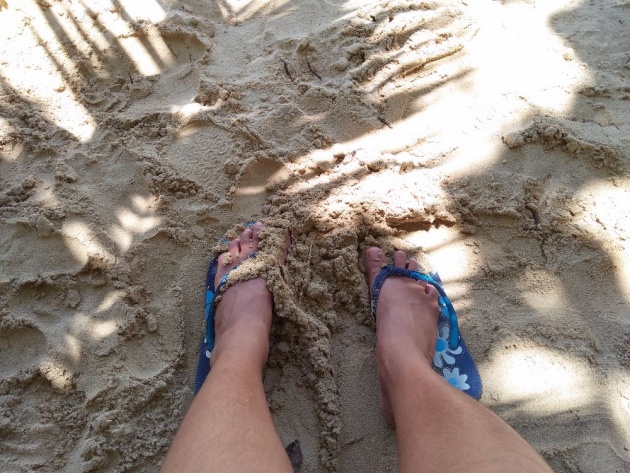 We went to Kansilad Beach.  It is located at Sitio Cansilad, Brgy. Ganayon, Lianga Surigao del Sur.  It is an hour and a half away from our house (if you ride in my uncle’s car because he drives really fast! LOL!)

I won’t be so sugar-coated about it. But seriously, I can say, they have like the worst customer service ever! I just saw one of their crews when we get in the place and they just asked how many of us. And, I haven’t seen them anymore after that. LOL! :D

Good vibes happen on the tides. :)

Well, I like the scenery A LOT! Even if I won’t swim to the beach anymore, just by merely looking at the nature, it would already be very rewarding for me. The beach is just so clear and there are just few waves. And it is just where the sea meets the sky thing. I JUST LOVE IT SO MUCH! 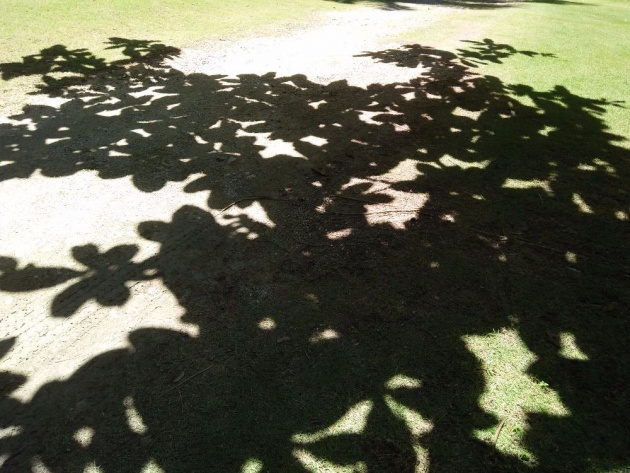 Under the shade of the tree :) 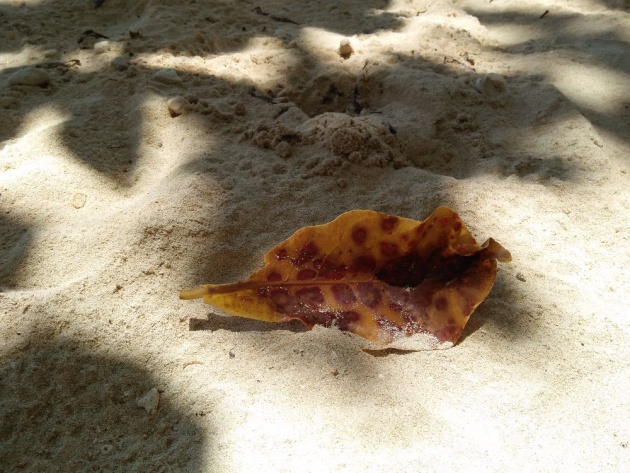 A dry leaf that fell from the tree :) It look so cute with the sand. :) 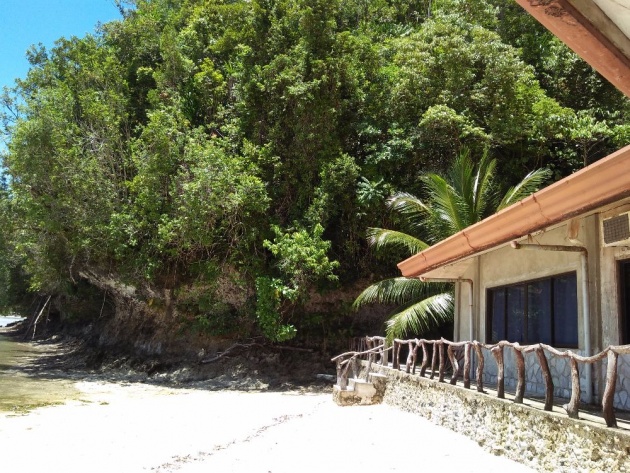 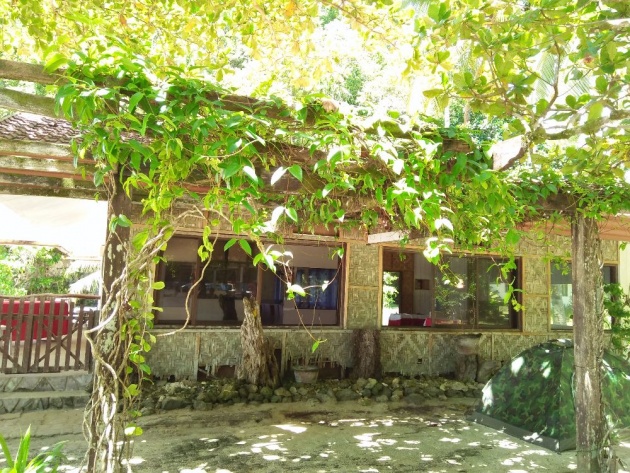 A little reception area they have :) 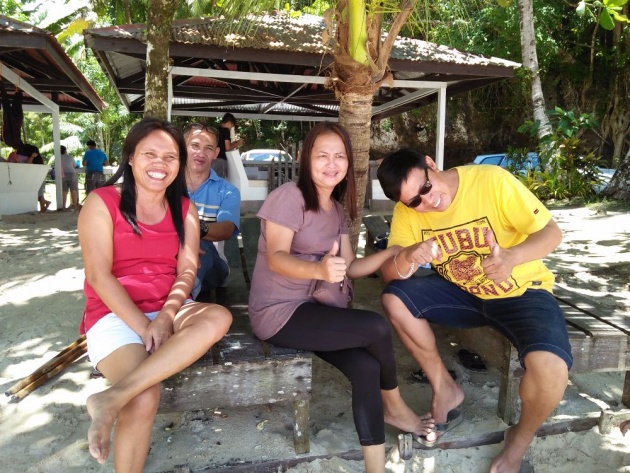 My mama (with the red shirt), my papa (with the blue shirt), and my churchmates :)

The water is very nice when you look at it. But, when it was already time for me to swim, there are like seaweeds underneath and it’s like a gooey feeling when you step on the sand in the water. And the water is also a bit itchy when you already soaked there for a long time. And the worse is, you won’t be able to get out of the water. Because the moment you do, it’ll be very COOOOLD! HAHA! :D

They also have rooms there in the beach. They said, it costs 1000 per night for one room. And it can fit up to 8 people. We haven’t gone to the room because we haven’t stayed there overnight. But in the outside, it looked nice.

This is REALLY my most favorite part! My papa used to say that there are a lot of monkeys there climbing in the trees. He was able to go there the last time when he played organ during my churchmate's wedding. At first, I didn’t believe him but, during the afternoon, when we were already enjoying ourselves in the beach, the monkey just went in the tree near our cottage! And I was like WOOOOOOW!!!! JUST WOW! My mama asked me to get something that time and it really took me a long time to get it because, I hurriedly get my phone and just take videos and pictures of the monkey. It just adds to the nature effect of the beach. :) 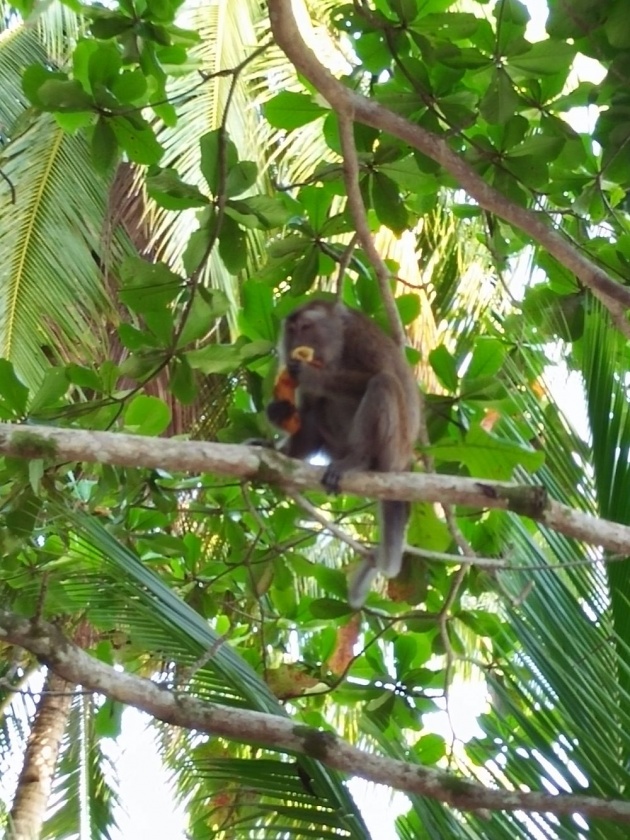 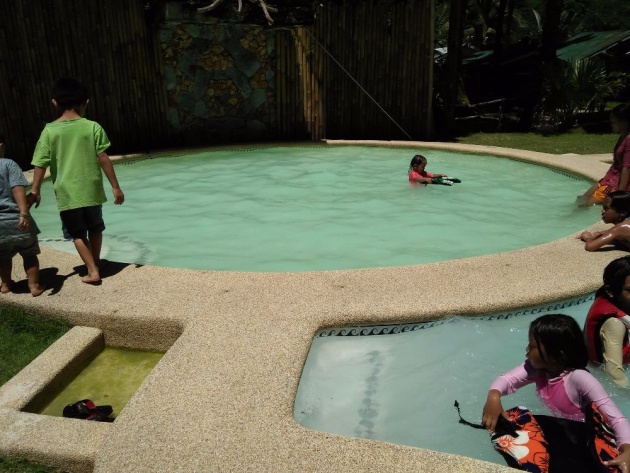 The kiddie section of the POOL. :) 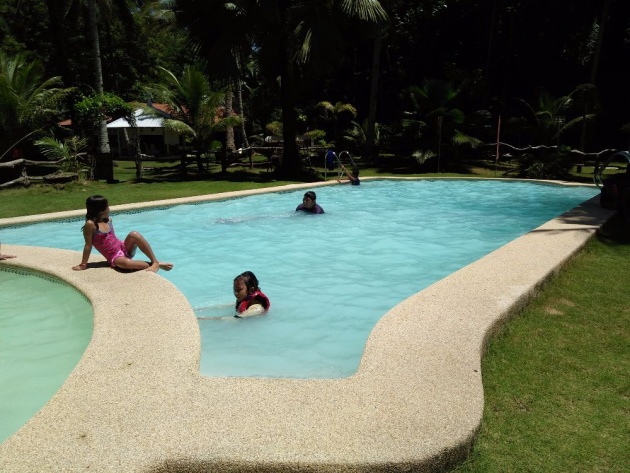 The adult section of the pool. :)

They also have pool. They have two sections of it. They have a section for kids and they also have a section for adults. The first time we get there, my brother really swam in the pool first before he went to the beach. There is a registration if you go in the beach. That is 50 pesos per person. But, that will be unlimited access to the pool whole day anyways. So, it’s just fine.

Video of my brother and my cousin playing in the POOL. :D :)

Overall, I can say, it is not really the beach that I could recommend because even their restrooms are damaged. It’s only 1 restroom that is working. I mean, there are two of them. 1 for the girls and 1 for the boys. But, if you are near the place where I am at, that would be one of a go-to beaches here because the trip is not so exhausting because it just took us an hour and a half to travel going there. And, the monkey pays it all! :D

Edited by: @artbytes via Bitlanders May 5, Saturday. My wife's family decided to go and have a brea…