Kapamilya Deal Or No Deal- Game of luck 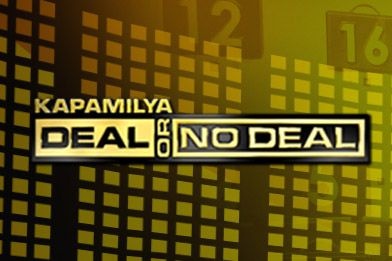 Then the show made a comeback in  2012 that last for only a year and it was hosted by Luis Manzano. February 9, 2015 Kapamilya Deal or No Deal returned  once again on television and Luis Manzano host the show up until now. 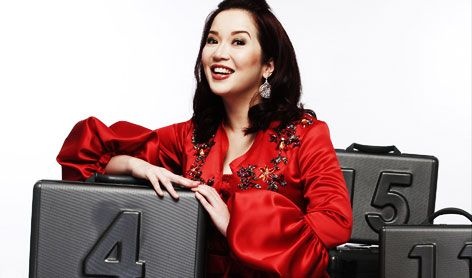 There are 20 briefcase and each has a number from 1 to 20. All briefcase has a certain amount inside. The lowest amount is 1 peso and the highest amount is 1 Million pesos. Each amount can be seen on a big digital screen which they called as the Money Board. All the amounts are highlighted in yellow,  but once the amount is opened it will be removed from the money board. All briefcase is close and it will only be open one by one by the player when the game begins. 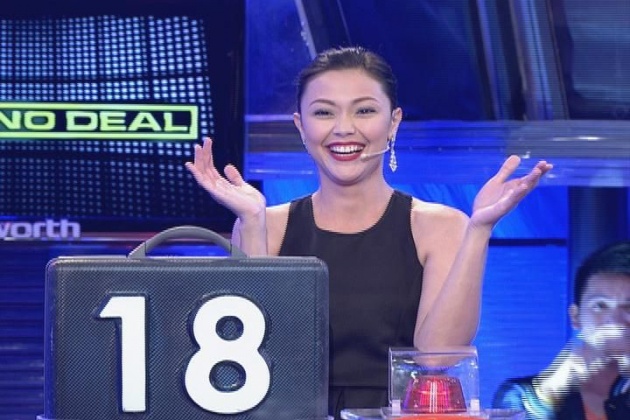 The first round of the game the player will have to choose five briefcases number, on the second round  four briefcases number then on the following round three briefcases until there are only two briefcase left to open or two amount left on the money board. 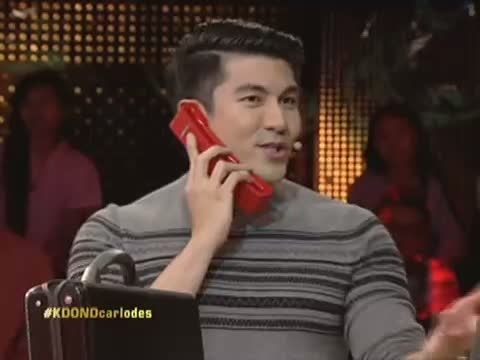 After each round the banker will make a phone call to the host to give an offer to the player. Only the host could hear the banker. The banker can only be seen through a silhoutte on the skybox. The mysterious person whose job is to win over the player thru money offers, making sure that the player will not bring the big amount. 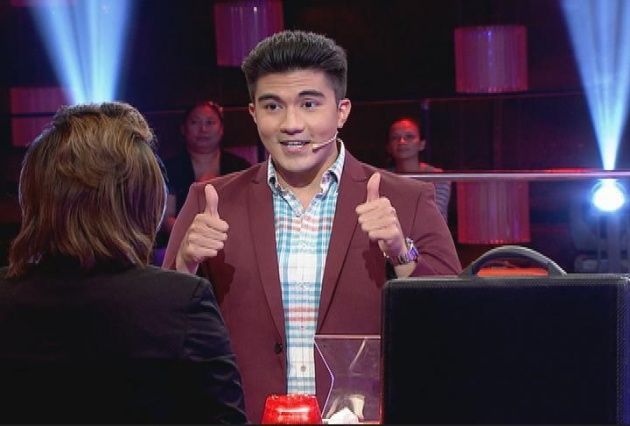 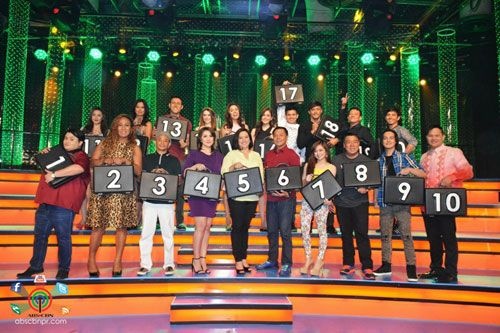 20 Celebrities which they call as the Lucky Stars are now the briefcase holders unlike the previous seasons it was being held by 26 gorgeous ladies who dressed uniformly, they were called as the 26K. The Lucky Stars consist of the country’s top comedians, teen stars, veteran actors/actress, and models.

Then later the show started to invite other celebrities who will play on KDOND stage. The contestants or lucky player/s as they addressed it, can either keep the winning amount or donate it to charities of their choice if they wishes to. 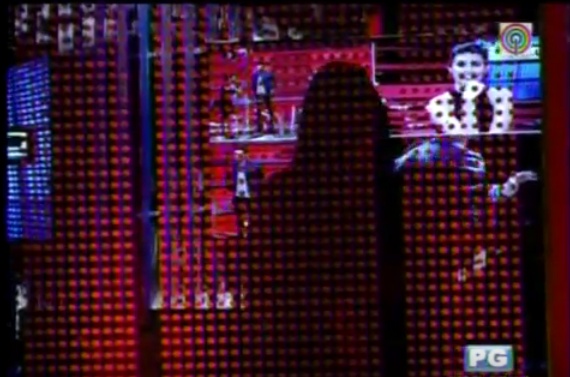 On this season KDOND it has a female banker. On previous seasons the show has a male banker. The banker is the mysterious person on the skybox that is giving money offers to the players. No one can hear the voice of the banker except of the host. The host is the banker's voice. 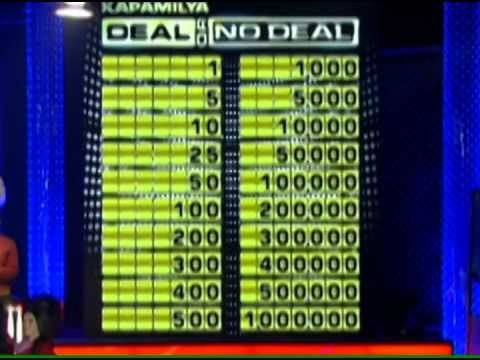 The highest amount now on the money board is 1 Million pesos. It used to be 2 Million pesos when the players were not celebrities and just regular player who auditioned for the show. 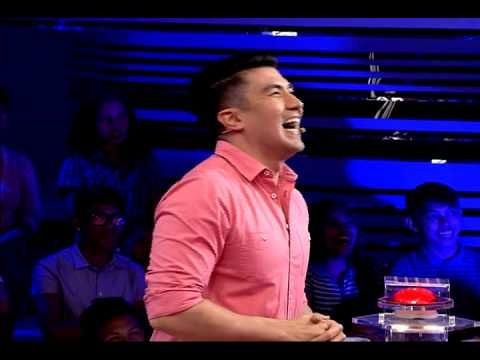 The part that makes the show more entertaining are the funny antics on the show made by the Lucky Stars and the host Luis Manzano. When the lowest amount is opened especially the 1 peso, they all dance and Luis dance his favorite funny step.

Since the lucky stars are all celebrities and some of them are comedians, most of the times they would throw punchline to other lucky stars to make the show more entertaining and lively. Making it a less stressful to the player, particularly when the player opened big amounts in a round.

Here is the video on one of the episodes on KDOND wherein Enrique Gil and Liza Soberano were the players and they were asked to rap and dance.

In this current season of Kapamilya Deal or No Deal there are already four celebrity winners  who took home 1 Million pesos. They were lucky to choose the briefcase that contains the biggest amount and brave enough to fight for that briefcase up to the end of the game.

Bearwin Meily actor/comedian played on March 23, 2015. He fought for his briefcase pushed his luck up to the final round and it made him the very first celebrity millionaire for this season of KDOND. 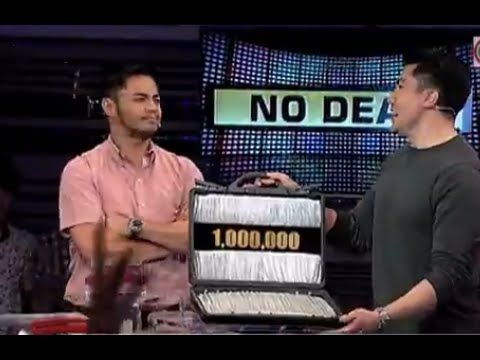 Actress, singer and mother Ara Mina won last April 17, 2015. Ara was holding her lucky charm during the entire game and it was her daughter's pink mitten. Even the banker gave her an offer of 355,000 php, the last two amounts on the money board was 100 pesos and 1 Million pesos, Ara turned down the offer and it made her the 2nd KDOND millionaire. 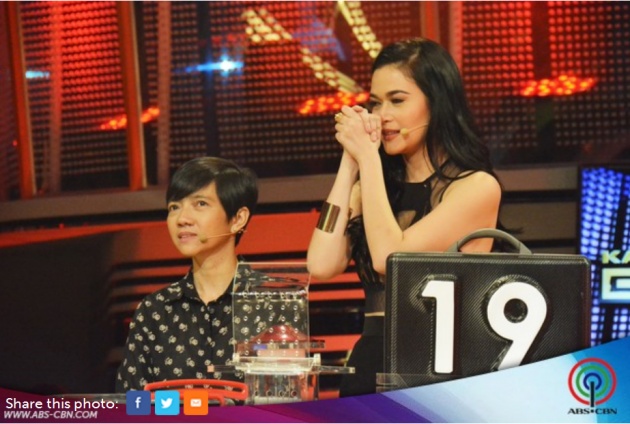 Actresses and best friends Kaye Abad (left) and Nikki Valdez (right) are the latest millionaires of KDOND (September 7, 2015). Kaye's part of the winnings was shared to her family and Nikki shared her winnings to a charity. 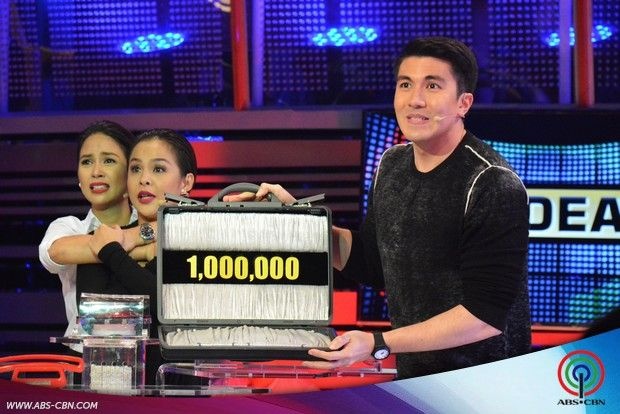 ***To watch the full episodes of celebrity millionaires  winning moments and other episodes of Kapamilya Deal or No Deal you can visit their website >>> http://entertainment.abs-cbn.com/tv/shows/dealornodeal/main

PisoNaryo are the players who took home 1 peso. Piso is one peso and Naryo comes from the word milyonaryo, millionaire in English. Celebrity players that are 1 peso richer, in the spirit of fun and entertainment they are called PisoNaryo. 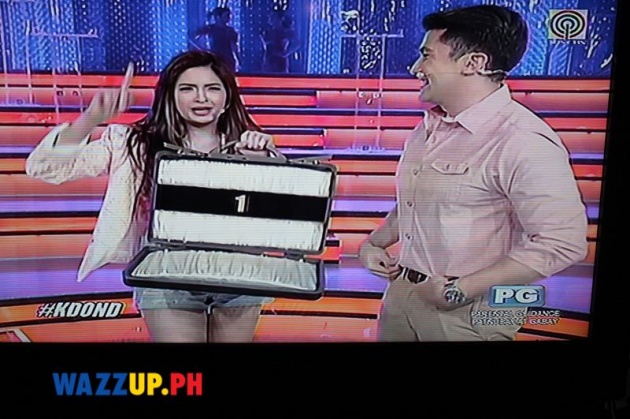 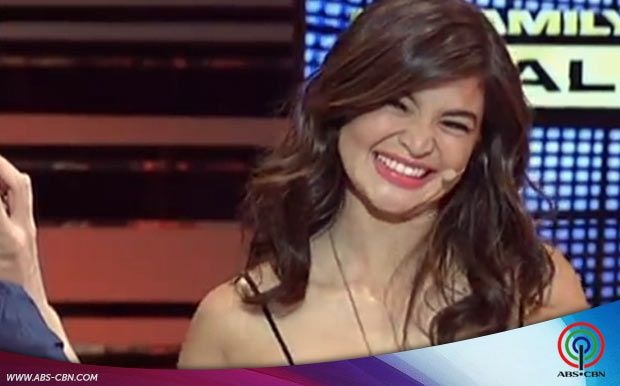 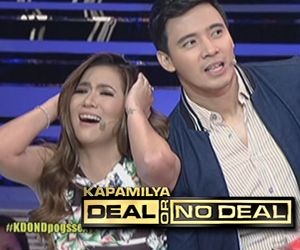 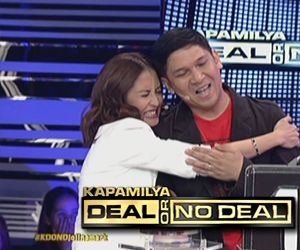 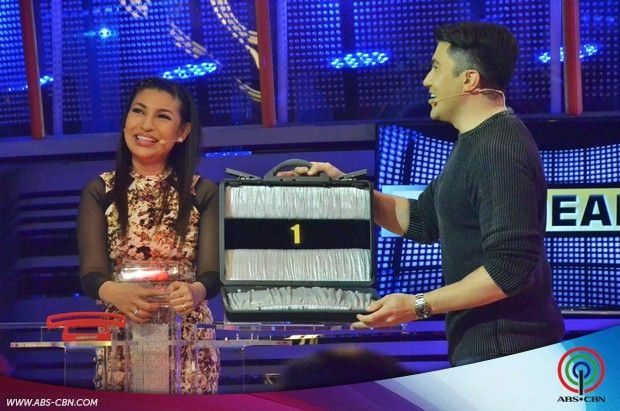 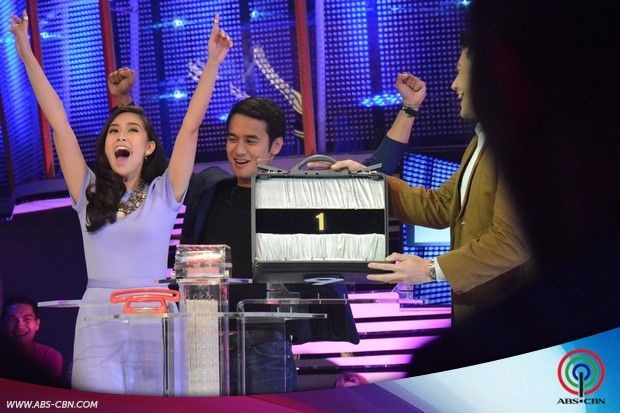 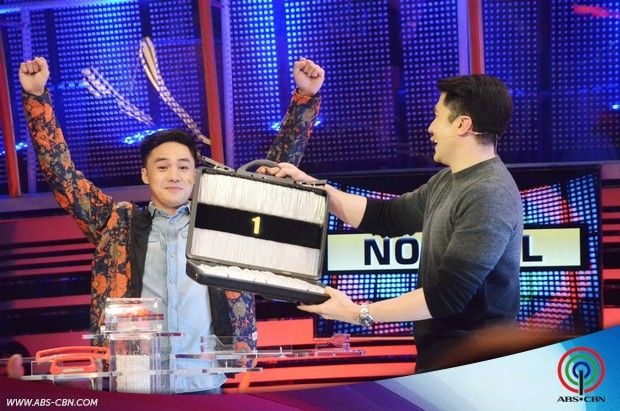 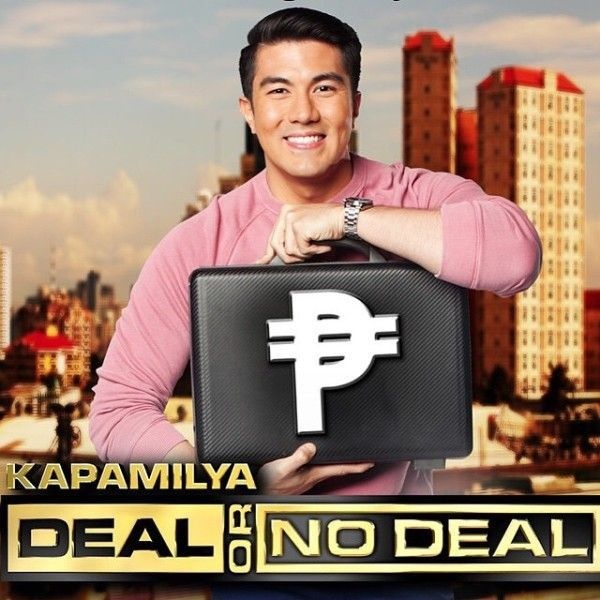 Luis Manzano also known for his nickname as Lucky. He is the son veteran actor-host  Edu Manzano and award-winning actress turned politician Governor Vilma Santos-Recto. Luis is one of the top hosts of the country. He has hosted different shows on ABS-CBN, like Pinoy Big Brother, Pilipinas Got Talent, ASAP, and other successful shows that he became part of. He is not only a good host, but also an actor/comedian, VJ, model, and businessman as well.

Last April the staff of KDOND gave him a week long birthday surprised that brought him to tears. The briefcase holders were people that are closest to him. The players were his family and best friends in the entertainment industry. 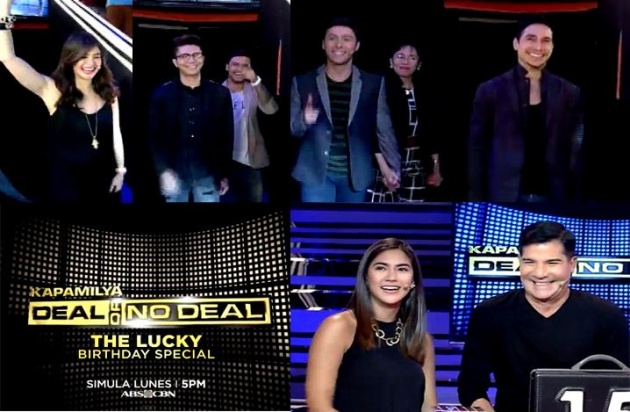 ***Videos used in this blog are from youtube.com