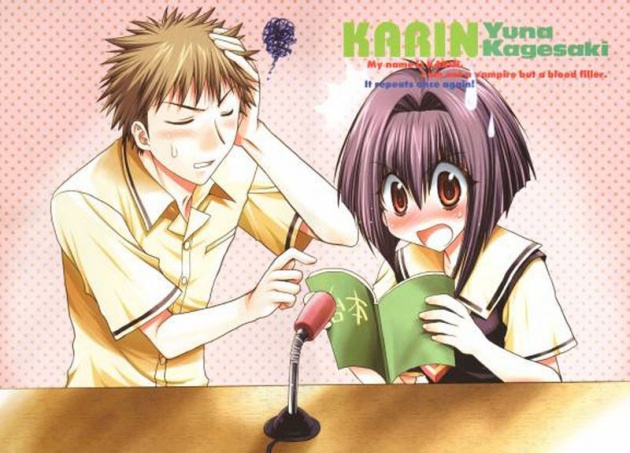 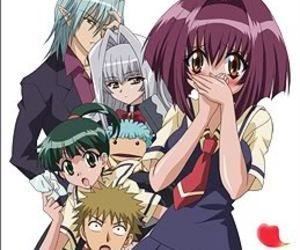 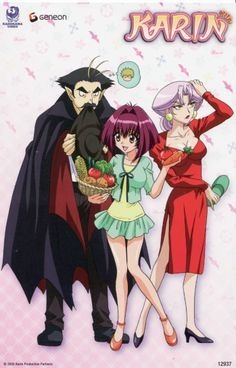 Karin the chibi vampire is a favorite of mine.

The story is about Karin Maaka. The middle child in a family of vampires who immigrated to Japan two centuries earlier. Unlike the rest of her family, Karin does not feed on blood, she produces it. As a result, she is forced to bite others to expel the extra blood, lest she suffer exaggerated nose-bleeds. She also exhibits no normal vampire traits, and instead lives her life just as an ordinary teenage girl would. She can go outside during the day, attends high school, and follows the sleep pattern of normal humans. However, the general peacefulness of her life is disrupted with the arrival of a new transfer student, Kenta Usui.

Any time she goes near him her blood increases. At first she tries to avoid him but they are in the same class and work in the same restaurant. Kenta begins to think that there is something fishy about Karin and eventually he learns her secret. Karin's elder brother Ren tries to erase his memory but Anju, Karin's younger sister, stops him from doing so. She convinces their parents Henry and Calera to make Kenta their ally, because he can help Karin during the daylight. Karin and Kenta become friends, and as they spend more time with one another, fall in love, though they are slow to admit their feelings to one another. Click here to watch the full season on '' youtube '' 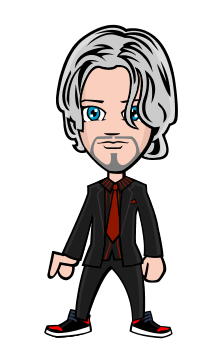