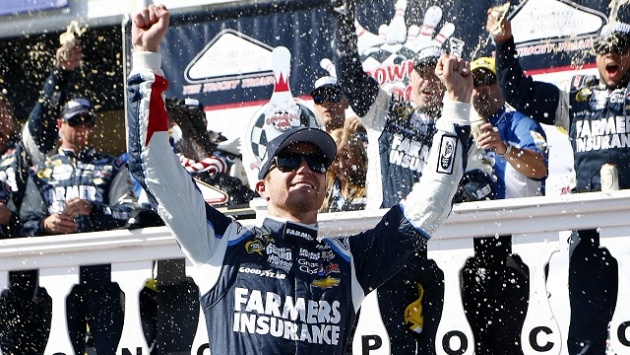 Kasey Kahne has beaten his teammate Jeff Gordon in a 6-laps long sprint, after which he won the GoBowling.com 400, twenty-first race of the NASCAR Sprint Cup Series 2013.

The driver from Enumclaw has been able to make the most of the trajectory at the restart after the last yellow flag of the day, taken when there were 4 laps on the 160 program due to a spin by Matt Kenseth, alongsiding Gordon, who at that time was the leader after overtaking the same Kahne at the entrance to Turn 1.

Gordon, who had chosen the inside in the restart contrary to what is done by all the other leaders because previously he had been very distressed on the outside row, could not help but give way and settle for second place, acting as a spectator - the day of his 42nd birthday, and after a good comeback from 22nd position - the second victory of his teammate, came nearly five months after that won at Bristol.

Kahne has also got the most laps in the lead (66), after Jimmie Johnson, once again on the way to a victory in that peremptory Pocono, finished wall shortly after halfway due to the drilling of the front tire right on the # 48 Chevrolet. The five-time champion still finished his race in 13th place, saving the day off.

The Hendrick team has monopolized the top positions of a race that turned out to be quite eventful for the standards of Pocono, placing, in addition to Kahne and Gordon, Dale Earnhardt Jr. also in fifth place, in recovery from the 25th starting position .

Kurt Busch has proven once again to go really strong at the wheel of the # 78 Chevrolet SS  Furniture Row Racing finishing the race in third place. The champ fromLas Vegas has also contributed with a nice boost to the great maneuver that restarted Kahne, he was always in the first positions and could really become the first driver of a team that ranks one car to get into the Chase.

The fourth place of Ryan Newman follows the sparkling victory inIndianapolis, while the Penske Racing duo formed by Brad Keselowski and Joey Logano has occupied the sixth and seventh place, in front of Kyle Busch who maybe he could get something more after the excellent first part of the race and Tony Stewart.

Bad day for other drivers of the Joe Gibbs Racing: Matt Kenseth was involved in an accident at the start with Ricky Stenhouse Jr. and Juan Pablo Montoya, while Denny Hamlin finished against wall again, this time after 14 laps due to an error at turn 3, and has been ranked in last place.

With the success of Pocono, Kasey Kahne consolidates its presence in view of the Chase in the top-10 inwhich the descent is especially noticeable in tenth place Greg Biffle. The Wild Cards at this time would be Tony Stewart and Martin Truex Jr. 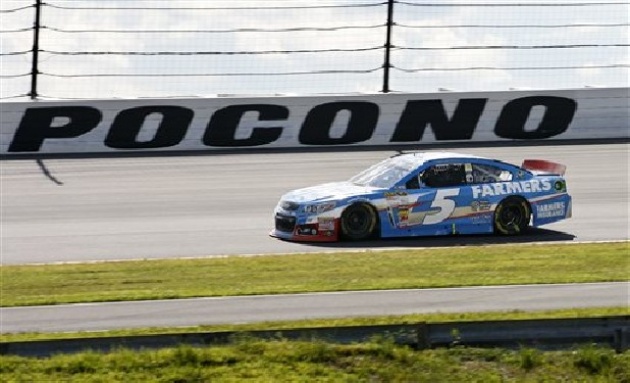 Born in 1937, he is now 78 years old. Dominican right-hander, won more games than any other pitcher …