Kawah Putih or White Crater is a striking crater lake and tourist spot in a volcanic crater about 50 km south of Bandung, West Java, Indonesia. Kawah Putih is one of the two craters which make up Mount Patuha, an andesitic stratovolcano. Mt Patuha is one of numerous volcanoes in Java. Kawah Putih crater lake itself represents a relatively stable volcanic system with no records of significant activity since around 1600.

The lake is said to have been discovered in 1837 by Dr Franz Wilhelm Junghuhn, a German botanist who carried out a considerable amount of research in Indonesia until his death in Lembang, just north of Bandung, in 1864. At the time, there were various local stories about the history of the area. Birds were said to be reluctant to fly near the region and villagers in the area tended to regard the forest around the lake as eerie and somewhat mysterious. Over a century after Franz Wilhelm Junghuhn first discovered the lake, in 1991 the Indonesian state-owned forestry firm Perhutani Unit III Jawa Barat dan Banten (Forestry Unit No III for West Java and Banten) began to develop the site as a tourist spot.

The surrounding area is heavily forested. There is a pathway down to the lake which is surrounded by the high walls of the crater nestling into the side of Mt Patuha. The smell of sulfur is strong because there is a good deal of steam and sulfurous gas bubbling from the lake. There are tracks around the lake and through the nearby forest including to the peak of Mt Patuha. Visitors can walk around the crater area or sit in the various shelters. Local plants not widely found in lower altitudes in Java include javanese Edelweiss and Cantigy (Vaccinium varingifolium). Animals and birds which may be spotted include eagles, owls, monkeys, mouse deer, and forest pigs. Panthers, leopards and pythons have also sometimes been seen in the nearby forest.

The entrance fee for Indonesian citizens, cost of entry to site (October 2011) is Rp 15,000 plus Rp 5,000 for the return minibus ride (total of Rp 20,000, around $US 2.20). Charges for foreign visitors are slightly higher. Visitors who prefer to drive in their own vehicles up to the crater must pay a significantly higher charge (Rp 150,000, or $US 17 per vehicle plus tickets for passengers).[8] Tickets are issued by Perhutani staff and include insurance while at the location 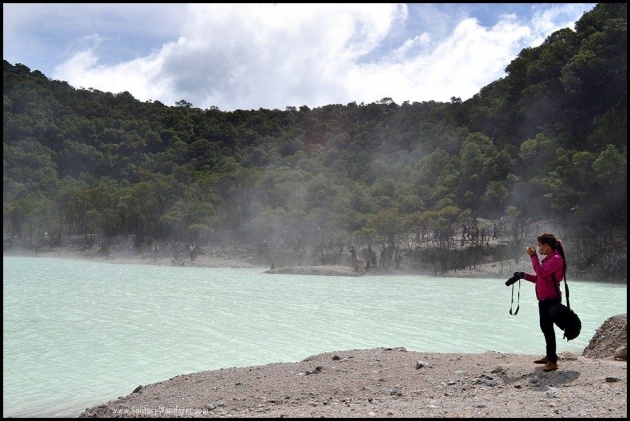 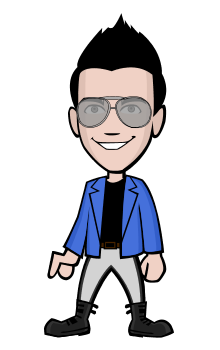