As You Like It movie begins with “All the world’s a stage” written on the curtains which are drawn back to reveal stage of kabuki performance. The movie visualizes scenes which were only suggested or were not at all part of the play. The beginning which shows the usurpation by Duke Frederick, William finding Audrey and offering her shelter and Orlando saving Oliver from lions. All these scenes are played out in silence without adding any additional text. 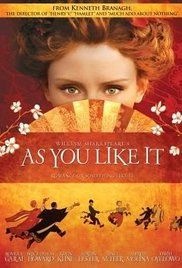 The parallels between sibling rivalry between Duke Senior and Duke Frederick and Oliver and Orlando Rowland de Bois are shown throughout the movie. Both Duke Senior and Orlando are well loved by their people. Scene of fight between the dukes is followed by fight scene between de Bois brothers. While the loyal servant Adam is leaving with Orlando as he leaves his possession and goes to Forest of Arden, Adam looks at the duke’s outpost from where Duke Senior was also drove away by his brother to Forest of Arden. The reconciliation between both pairs of brother happens when the usurping brothers come to the forest to kill their siblings but have change of heart and give up their worldly possessions. 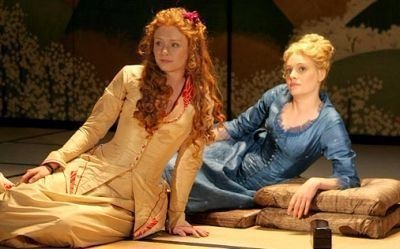 Branagh creates binary opposites between the beauties and dangers of Japan, light and darkness, comedy and melancholy. The ethereal Japanese garden also houses dangerous lions. In the play and the movie the characters praise the natural beauty and serenity of the forest in contrast to the politics of the court. Orlando and Jacques parodies the court niceties by speaking their mind about how they abhor each other in polite manner. Branagh visually represents this contrast by showing all the scenes of Forest in daylight while those of court are engulfed in darkness of night until the last scene of happy ending when they all come back to the outpost which is shining in brightness, reflective of the joy felt by its dancing inhabitants. Lastly we have the unlikely friendship of melancholic Jacques and the fool. While Touchstone, who rejects and looks down on country life in favour of the civilization of court, is loud, obnoxious and in love with his own wit, Jacque in his meditative walks, sighs and contemplative voice becomes a part of the serenity of the forest and at times bursts with violent mad energy like forest’s wildness. Jacques’ “All the world’s a stage” speech is as much for the birds and the tree, for the forest itself as for the men. 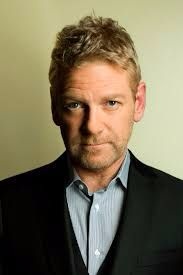 Branagh shifts the focus from Rosalind’s relationship with Celia and Orlando to the sibling conflict and samurai military sub plot. He cuts out much of the playful repartee by Rosalind and the previously witty scene between Rosalind and Jacques has been treated with introspective seriousness. Audrey is integrated in the prologue as a service woman who is eve teased by Touchstone and later helps Duke Senior escape. The awkward courting of Touchstone, the court fool and Audery, the naïve country girl thus transforms into reunion of two courtiers in the forest. Disparities in their social milieu and upbringing hence disappears. Branagh also focuses on the father-daughter relationships. While in exile we see Duke Senior looking at his daughter’s portray. This “missing” is missing in the play where he mostly seems content to be lounging around in the forest instead of lost in thought, meditative Duke Senior of Branagh who is not melancholic per se but his loss is ever present. Even the interaction between Celia and her father is much more bittersweet. The tender moment of Celia’s kiss on her father’s forehead is followed by her unwavering sisterhood with Rosalie. Branagh also shows Duke Frederick’s growing depression and loss of power after he loses his daughter, something which is again missing from the play.

It is the magic of the forest that conveniently resolves all the loose ends. Everyone finds love. Oliver is saved by his brother and changes his attitude towards him. Duke Frederick meets a monk and becomes religious, giving up the usurped throne. The happily ever after is shot as a musical fairytale where the characters hop and skip to the outpost and dance there, celebrating their weddings. The bliss of dancing characters is then captured and forever immortalized in a fairytale looking book. Branagh films the play’s epilogue by Rosalind along with the cast and crew giving the “behind the scene” look. This jarringly disrupts the romantic fantasy backdrop created in the film and thus captures Shakespeare’s subtle critique of the possibility of a happily ever after. 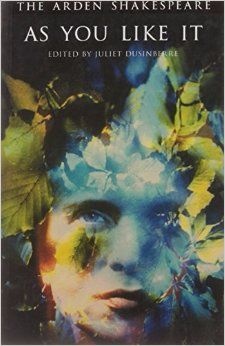 Branagh explores both romantic and sibling relationships with the backdrop of court politics which is juxtaposed against harmony of magical forest.

Stella Papamichael notes that “It's [As You Like It] a whimsical tale of lovers getting their stars and wires cross'd, but it lacks the zip and exuberance of his [Branagh] similarly themed 1993 adaptation of Much Ado About Nothing.”

The film adds multiple introspective layers thus providing a unique perspective on Shakespeare’s Comedy. Branagh recreates the events inferred in the play and stresses on the intertwining lives of the characters by creating parallels and dichotomies. Thus the movie not only adapts the play but also explores and critiques it.