Khuda ke liye (In the name of God)

5 years back when this movie was released, it became the direct target of the religious leaders, people were enraged across the whole country on how the molvis (the religious scholars) are portrayed in the movie and the story is totally against Islam. I was so curious to see this movie at that time but didn’t get chance. With the passage of time I forgot about the movie. Fortunately last month when I was surfing on the TV in search of any good program my hand stops on the remote when I saw it on a channel. During whole duration I was sitting still and was mesmerized by the scenes. At the end the tears were running from my eyes and my head was low with disgust and shame that how I can say myself a Muslim or a human being. 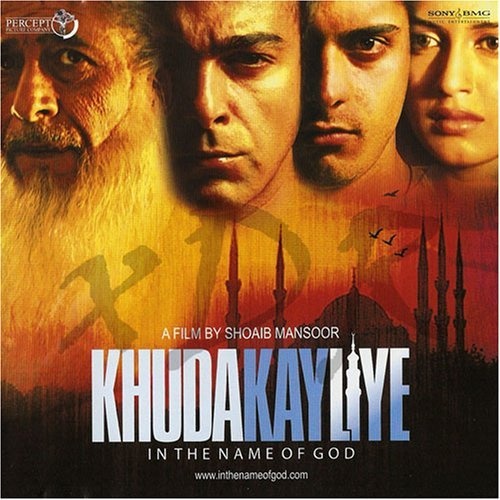 Shoiab Mansoor's Khuda Ke Liye is the first Pakistani movie after many decades which was released in whole world and got many international awards, and shakes the Pakistan film industry out of noctambulism by its business of box office and picking about 7 crores. And more important this movie discussed the issues and myths which affect the globe and have already bring the havoc in the world.

This movie tells about the skirmish between two strains of Islam. On the one side there’s the fundamentalists represents in the form of Mullah Tahiri. The Mullah (cleric) brainwashes the young ones with his address about jihad and represent Islam as an orthodox religion which treat women as an animal and denies all the rights of women and put art and music and music in Haram (forbidden) section. On the other hand theirs a liberal side portrayed by two significant characters first Masood a young musician who turn down to become target to dogma. And flew to US for his music study and became victim of US war of terror. Other is Maulana Walli who vanquishes fundamentalists quoting   from the religious text and proves that Islam is not anti-women and not glowers on the music and art. The more important it debate on today’s concept of jihad and said that “Islam espouses the concept of jihad as a war to overcome the failings within the fallible human self rather than as a synonym for terror”. His last speech which enlighten the true words of Islam can bring tears in every one’s eyes and make people think what are we and what Islam told us to do. Specially his words “Din mein daadi hai, daadi mein din nahin (the beard lies in religion; religion doesn't lie in the beard)” are amazing.

The story starts with the loving family who loves music and fun and whose two sons Masood and Sarmad are also well known musicians. One day sarmad visits to mulana Tahiri who slowly turns the innocent boy into a fundamentalist. Slowly the shlawar kameez takes the place of jeans and music go and beard appears on his face. He forced her mother to wear hijab and sightlessly in the influence of mulana he does more serious crimes like terrorism.

On the other side of world the British girl marry (Maryam) cousin of sarmad and Masood wants to marry her boyfriend which her father disproves. And takes her trickily to a remote village at the boarder of Pakistan and Afghanistan, and forcibly marry her to now completely new Sarmad.

Meanwhile Masood goes to US for his further study of music and becomes a victim of US war of terror. The most heart moving part of the film is quandary of Masood who was got arrested by investigators of 2001 terror attack. They were most breath taking scenes of film shot with great details how the investigators treat him and how he was forcibly treated with his own waste. These scenes take you in the heart of Guantanamo bay and you will feel the ache of the prisoners 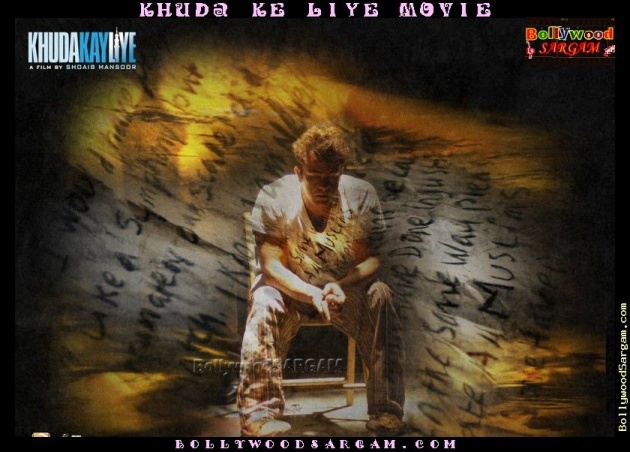 Khuda ke liye may don’t have a powerful story but it opens a whole new door for discussion…… it’s really a meaning full film go, see and start thinking