Kindness is Attractive to Those Who Rarely Experience It

Do you feed stray cats and dogs? Or do you regularly give alms to street kids or beggars? Doing these is a kindness too but not the one I'd like to talk about. 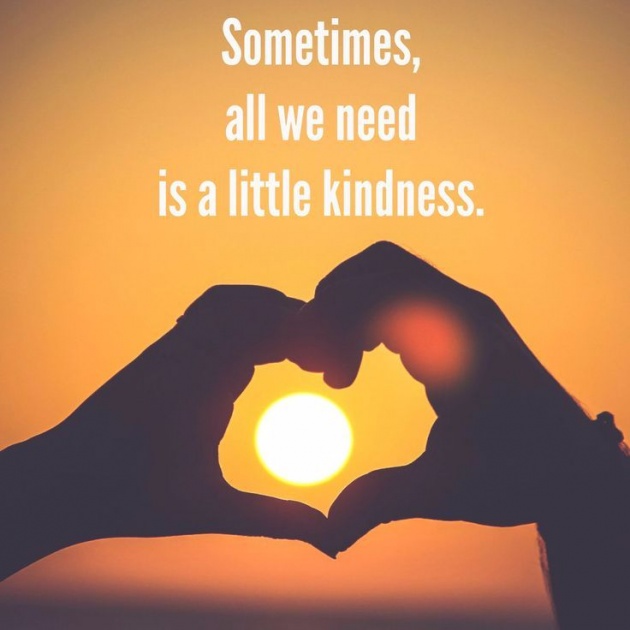 How can we be Kind?

Yes I know everyone knows what kindness means, but do we really? I mean, being kind to someone should be easy right? Not being sarcastic in response to your friend when he/she tells you what happened to them is one example. Not laughing at someone behind their back is another one.

Sharing your food and free stuff and helping other people out without thinking of anything in return is also another form of kindness. Not only does it make the other person feel appreciated, it also makes them feel like sharing to you and others too!

Being kind can also mean not being rude to others even if they are being an asshole to you. Be the bigger person and treat the mean and rude people nicer. Maybe they need it, who knows, right?

People who are hurting hurt other people in the process because of the pain they feel inside.

Their rude or abusive behavior may be intentional or unintentional, either way it's good karma to make people feel they are not trash by not retaliating with unkind words too. Do not let them abuse you just because you are nice. Just don't let them step on you, at least tell them what you think in a polite and civil manner.

Unless of course they are a psychopath who can be physically, verbally and emotionally abusive then they definitely have a mental disorder and needs help. The most commonly known psychopaths are those who are criminals or have criminal behavior. These are people who have been found to have damages in their brain (orbito-frontal cortex).

Thanks to modern research and scientific advancement in the medical field, psycopathy has been discovered to be due to neurological abnormalities . Being a psychopath is quite different from being a sociopath too. Both are the ones most likely to be criminals and are mean to others and have no conscience but those are topics for another day.

Going back to the subject at hand, if you watched the film Pay It Forward then you'd also have another good idea of what being nice and kindhearted means.

People who are regularly abused verbally and emotionally need Kindness

These days more people are prone to throw insults or ridicules at anyone, especially online. If one is so used to getting such every day, one small kind word received goes a loooong way.

What makes kindness attractive to those of us who are hungry for it? It is the rarity of the experience. It is the feeling of warmth that floods our being instead of the pain of the harsh realities we face every day. Day to day living can feel like it's a jungle out there, you know? Concrete jungles are most especially dangerous and hurtful.

Do you know that for some people, verbal and emotional abuse is an everyday thing? And that when someone shows or speaks to them in kindness they either insult you or want you like a plant seeking sunshine or a fish out of water. Such cravings can cause other people to want to possess or obtain the source of this good feeling, sometimes to the detriment of the person giving it.

So what should each of us do about being on the receiving end then? If someone is kind to you, bask in it and thank the person. Don't disregard the kindness you receive or insult them for it. If you are not a nice person, learn to be kinder every day.

You have to start somewhere right? Change comes from within. Believe in the goodness of other people and at the same time, do not abuse the people who are nice to you.

A heart filled with hate and pain will not be able to be nice to others until they experience other people being truly kind to them again. We forget to be nice when, growing up, our habits were formed out of pain, hate or suffering. But remember that God or the Almighty being is good and does not forget those who suffer. Seek to be free of the pain and hatred; let others' kindness to you do this. This is the reason why most people confuse it with romantic love when it is unconditional love we mostly need.

Kindness and those who Abuse it

Wouldn't the world be a better place when each of us show people that we care? Personally, I know for a fact that it is hard to be kind to others when you rarely experience it especially when growing up.  How can you be kind if you don't always experience it, right? And also, it is hard to share it when you are being deluged by other people because you were a nice and naive person once.

Some people are abusive of other people who are nice, that's why more and more kind or nice people stop being kind to others. Stop the abuse by being kind to yourself too in saying no to the abuse of your niceness. There is a line that we also need to put up for ourselves if we are to be kind people, that is being nice to ourselves as well. We have to learn to still be good to each other while preventing other people from abusing us.

On that note, I want to share you this inspiring video.

After watching the above commercial, what did you feel? I shed a few tears when I saw it. It warmed my heart. Even though it is a Thai insurance company commercial it doesn't feel like it when you watch it.

I became a financial adviser of Manulife last month and when I watched this vid it reminded me that life is not always about making money. It is sharing what we can to others. And while we share ourselves to others, we should also think of ourselves by saving or investing for our future. That is the message I can pass on to you all.

And as far as being kind goes, I will tell you a secret. My 2016 New Year's resolution was to be a kinder person, personally, to other people. It is a slow process for me as many people become abusive when shown this positive trait but I know I can be better. We can all be better people as long as we practice doing good to and for others every day.

[2017 edit: This year I am still deciding to be nice and adding generosity to the list. Hopefully Santa will then give me a nice gift by December. (Kidding!)]

And with that, I hope you  have a fruitful day ahead of you and share the goodness to all. :)

Five Simple Acts of Kindness That Can Be Big To Someone *Image is credited to kindakind.com Simple …

Why Pets Are Adorable and Why Some People Don't Have Any

Why do we love pets and why are they just so lovable? They are just cute and fluffy and we can't get…

Just by perceivingvery close that scarf's pleasant aroma, I could transport my mind and thoughts to …

There have been so many events and milestones in my life lately. I wholly plunge myself into a new c…