KITES ACROSS THE WORLD 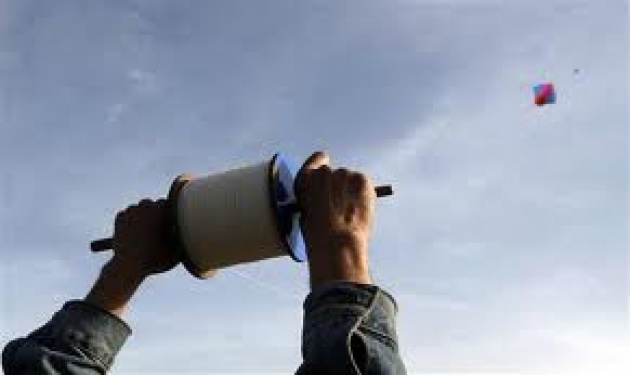 Summer is knocking at the door, and this past Sunday my girlfriend and I walked to Central Park and chilled there for a few hours. It was a sunny and breezy day, and the sky was crossed by a few colorful kites flown by excited kids handling their toy side by side with their dads. It was Father's Day.

Suddenly I was brought back to my childhood years, when I received a little kite as a birthday present. January wasn't a great month to try it out, so I was forced to wait until it was warmer before practicing my new toy. This happened to be a great strategy, though, as the excitement to use it grew stronger and stronger. I used to be the typical kid with a talent for breaking anything that was given to me, often even involuntarily. This time I had to wait a few months before touching my new toy, thinking about how to fly it in the best and safest way, and that probably saved it from sure destruction.

I never got good at it. Maybe because that Spring the wind decided to go on a strike, or maybe - which was probably the case - I wasn't patient enough to learn how to do it, and got tired of it after just a few hours trying. Either way, that thing wasn't flying. Not even a bit. I don't think I ever tried it again, but my passion for seeing them fly (by somebody else) remained alive. Still now, when I see a kite challenging the sky, I can't help starring at it. Bottom line: I  never became a kite flier, but I was lucky I was given the chance.

Kite-flying, despite being a hobby in most parts of the world, is a competitive sport in Afghanistan. Furthermore, kite-fighting ("gudiparan bazi") is the national pastime of Afghan children. Afghan kites have tails that are traditionally made with a cotton line and coated with a mixture of crushed glass and rice glue. The goal is to cut the kite string or shred the kite belonging to the opponent. Kites can go up to 3,500 meters in height depending on their size. Kite fliers often wear leather gloves to avoid injury to their hands from the string.

From 1996 to 2001, the Taliban government in Afghanistan outlawed toys such dolls, stuffed animals and kites, declaring them "un-Islamic". Consequently, kite flying and kite fighting were also banned. Many other activities and performing arts, such as dancing and singing, suffered the same fate. After the fall of the Taliban government kite-fighting returned to the country, but in those areas of the country controlled by the Talibans it's still dangerous to practice such activity.

Afghan children continue to play traditional games like this despite the turmoil and horror of the war in Afghanistan. These activities have endured despite interruptions due to lack of schools, families torn apart by the conflict, and the ever-present threat of injury and death.

With the opening of a third Internet classroom in Herat, the Afghan Development Project (promoted by Filmannex and the Afghan Citadel Software Company) is giving the very same children the chance to share their traditional games and experiences with other children across the world, introducing their culture while learning new cultures. Brand new computers are turned on as we speak, and eager minds are given the opportunity to get exposed to the outside world. Education in Afghanistan is changing fast.

New ideas are being generated, which will translate into new business opportunities, which will create unlimited strategies to increase the economy of Afghanistan.