Kobe Bryant – a look at his phenomenal career 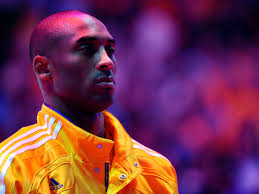 'Tis a season to be remembered

The 2015-2016 NBA (National Basketball Association) season officially kicked-off last October 27. Aside from being the league’s 70th season, it will also be forever known as the last playing season of one of the league’s finest player – the so-called Black Mamba, Kobe Bryant.

Kobe Bryant is an NBA superstar known all over the world – but what do people really know beyond the skills, the championships, and his wonderful performance on basketball games shown live or on TV?

How did he achieved his level of skill, is basketball the only sport that fascinates him, etc… These are just some trivial questions, whose answers people don’t generally mind looking for, but would be delighted to know. Which is why this post aims to be a tribute of sort to Kobe – included herewith are miniscule but interesting information that contributed and somehow molded the Kobe Bryant that we know today.

The makings of a legend

Having two former professional NBA player as relatives definitely helps in jumpstarting interest in the game. To quote a famous cliché -- "it is in his blood"

Kobe is the only son of Joe Bryant and he is also the nephew of Chubby Cox – both are retired professional players of the NBA.

Since the passion of playing the game is in his blood, Kobe started basketball at an early age of 3 – which somewhat explains why he is already on a different level when he entered high school.

Listed below are some of Kobe's notable basketball accomplishments during his high school years
-- Made the varsity team in his first year
-- Can fill-up all five basketball positions (center, power forward, small forward, shooting guard, point guard)
-- Began averaging 30+ points during junior years
-- The team won their first basketball championship after 53 years
-- Named Naismith High School Player of the Year and Gatorade Men's National Basketball Player of the Year
-- Recognized as a McDonald's All-American listed as a USA Today All-USA First Team player

-- A lot of people may know this, but he was born Kobe Bean Bryant. Yes folks, his first two names are derived from foods. The first is from the popular Japanese beef while the second one is quite obvious.

-- Aside from basketball, Kobe was also fascinated with soccer and almost became one

-- His family moved to Italy during his younger years. This explains why he is also fluent in the Italian language

-- Even though he went straight to pro, his SAT scores are high enough that he can enter any college or university that he chooses.

Above are two photos of Kobe before he turned "pro (professional)"

From Prep To Pro

Bryant is one of only six players in NBA history that went Prep-to-Pro. Prep-to-Pro is a term used to describe NBA high-school draftees. This basically means players who went straight to the NBA after high school. However, after 2006, the NBA’s CBA (collective bargaining agreement) already prohibits such action. Two conditions on the CBA states that a person must at least be 19 years old and cannot join the NBA within one year after completing high school.

Trivia: Currently, there have been a total of 43 Prep-to-Pro players. Some of the notable ones aside from Kobe are LeBron James, Kevin Garnett, Dwight Howard, and Amar'e Stoudemire. Additionally, don’t let their age fool you. Just because they are fresh and straight from high-school doesn’t mean that their basketball skills are not yet in professional level. Three Prep-to-Pro players are overall first pick while two garnered the coveted Rookie of the Year Award.

Ever since he was a child, Kobe has always wanted to play for the Los Angeles Lakers. In his 20-year NBA career, he never played in any other team aside from the LA Lakers. However, it is interesting to note that Kobe’s first playing team almost became the Charlotte Hornets. In a strange twist of fate, the Lakers traded their then-center, Vlade Divac, for the Hornets’ draft rights. Luckily for LA, this is a decision they have not once regretted especially after seeing the young Kobe held his own (and even dominated) current bench players of the team during practice.

Kobe’s rookie season can be considered sensational. Even though he suffered from so-called rookie blunders like missing critical clutch shots on certain important games, his playing statistics as a rookie is quite impressive.

Additionally, the Lakers did not win the championship when Kobe first joined the team (It took him three years to bag his first championship with the Lakers). However, this is quite understandable not because he a rookie and a bit inexperienced - but because Jordan and the Bulls are unstoppable during those season. But still, Kobe has accumulated some notable achievements during his rookie years.

Some trivia and career achievements that Bryant made during his rookie season:

-- First ever guard to be drafted straight out of high school
-- Was not on the top-10 overall draft picks. He was listed at 13th
-- Was part of NBA rookie team on his first and second season
-- Youngest NBA player to be an All-Star starter
-- His average points in the second season are almost double from the first – his playing time also significantly increased
-- Runner-up for the NBA's Sixth Man of the Year Award
-- At an early age, his skills as a guard are already being compared to other NBA greats like Michael Jordan and Magic Johnson (a former LA Laker superstar)
-- At 18 years old, Kobe became the youngest NBA player to ever won the slam dunk contest (the video below is the slam dunk contest that Kobe won)

The 1999-2000 season is quite memorable not only for Kobe but also for NBA history. This is the season when Kobe won his ever first championship and it is the start of the team’s only “Three-Peat” (Three-Peat is a term used when a team won three consecutive championships).

Kobe posing with his championship trophies

Together with the coaching wisdom of Phil Jackson (head coach) and the dominant presence of Shaquille O’Neal as center, Kobe won his first three championships (from seasons 2000 to 2002).

Unfortunately, even though there was no significant change in the team roster, the Lakers failed to capture the championship after season 2002. Many people believe that this is due to the deteriorating relationship between Kobe, Shaq, and Phil Jackson.

Shaq holding championship trophies. Shaq was the heaviest player to ever play in the NBA and is widely considered as one of the dominant centers during his era

Season 2003-04 proved to be a disastrous year for Kobe and Lakers. The relationship between Shaq, Phil, and Kobe was so bad that Shaq was traded to another team and Phil’s contract was not renewed during on this season.

Aside from team troubles, Kobe also suffered problems outside the basketball court. Most notable of which is the sexual assault charge against him by Katie Lovell (photo below). Anyway, it is worth noting that (it was since settled out of court)

In fact, it was a back-to-back championship as they were also the champions for season 2009-2010. Although, the team failed to capture the championship after the 2010 season, all in all, the Lakers went to 15 playoffs when Kobe was there.

As early as now, many people are already suggesting that Kobe will definitely be inducted in the Hall of Fame. This is actually quite a given due to his numerous accomplishments and contributions in the game. Below are some reasons why he deserves his slot in the hall of fame:

-- In his 20 seasons in the NBA, his team only missed the playoffs five times.
-- Youngest player to reach 14,000 points
-- Holds the franchise record with 43 consecutive made free throws
-- Scored 81 points in a single game. Second only to Chamberlain’s 100 points
-- 5th player in NBA history to average 35 points in a season
-- Youngest NBA player to win three championships
-- Recipient of multiple MVP awards as well as Finals-MVP awards
-- Elected as member of the all-star team numerous times
-- Part of the US Olympic team two times

If Kobe Bryant was the Michael Jordan of his generation, it would be quite tough to follow on the footsteps of these two basketball greats. Currently, there are many promising players in the NBA, but only time will tell which will be in the same league (or better) as Jordan and Bryant.

Basketball fans of different generations may have varying views of Kobe's basketball skill. Those who have followed his career since the start may understand that he has an outstanding career. However, the younger generation of fans who only saw him in the latter stages of his career may say that he is nothing special. But taking everything into consideration, Kobe is definitely one of the greatest NBA players of all time.